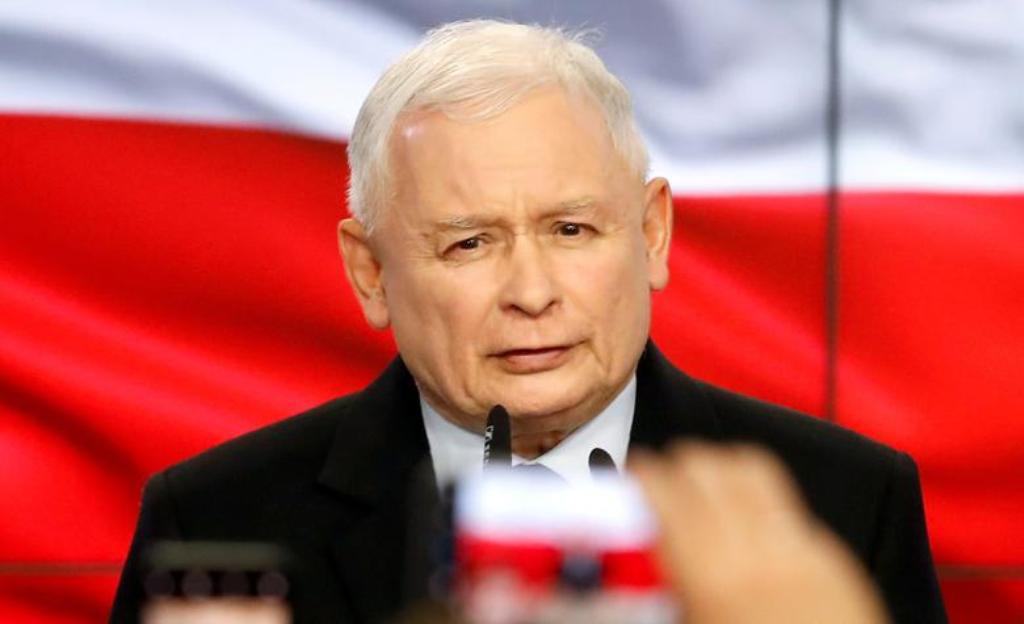 When asked about claims that Poland had used Pegasus spyware on opponents of the government, the leader and Deputy Prime Minister of Poland’s ruling Conservative Party ‘Law and Justice’ Jarosaw Kaczynski said in an interview that Pegasus spyware is being used by the intelligence departments of many countries in dealing with crime and corruption.

He rejected the allegations (surveillance) of the opposition.

In this election, the ruling Law and Justice Party won by a very small margin. Three years after these elections, Krzysztof Brejza, a member of Poland’s lower house of parliament, claimed that his phone was hacked 33 times through the spyware Pegasus of the Israeli company NSO.

Jaroslav said Pegasus was more advanced than earlier surveillance systems, which did not allow intelligence to monitor encrypted intelligence messages.

Kaczynski said in an interview in the weekly magazine ‘Sieci weekly’, to be published in full on January 10, ‘It was not a good thing if Poland did not have such equipment.’

Excerpts of this interview were published on a news portal on January 7. He emphasized that any use of such methods was always under the control of the ‘court and prosecutor’s office’.

Explaining his point, he said, “The monitoring system for such activities is strictest in Poland than in any other country in Europe.”

According to news agency The Associated Press (AFP), allegations of the use of Pegasus spyware have rocked Poland in recent weeks. The case is being compared to the Watergate investigation, which led to the resignation of US President Richard Nixon in 1974.

Earlier, ‘The Associated Press’ had exclusively reported that Citizen Lab, a cyber surveillance group at the University of Toronto, found that three critics of the Polish government were being monitored by NSO’s Pegasus spyware. After this this interview is published.

Citizen Lab, a Canadian-based cyber security watchdog, said Pegasus was used against three opposition figures, including a senator from the Civic Platform Party and Krzysztof Breja, the opposition coalition’s campaign leader. This happened when Breja was coordinating the 2019 election campaign.

Brezza said the use of Pegasus may have influenced the election results, which were won by the populist Law and Justice Party.

However, Deputy Prime Minister Jarosaw Kaczyski rejected this, saying the opposition had “lost because they had indeed lost the election”.

He had said, “No Pegasus, no service and no secret information has played any role in the 2019 election campaign.”

John Scott-Railton, a senior researcher at Citizen Lab, told AFP earlier that the discovered uses of Pegasus are but a small part of surveillance. He said that its use points to a “dictatorial face” of Poland.

Pegasus spyware can turn any smartphone into pocket spying devices, allowing a user of this spyware to read messages from a targeted smartphone, track their location, and even access their camera and microphone without their knowledge. can also turn on.

It is known that last year an international media consortium, in which the wire As part of the Pegasus Project, it was revealed that the phones of politicians, journalists, activists, Supreme Court officials were allegedly hacked or monitored through Pegasus spyware from Israel’s NSO Group Company. But were.

In this episode from 18th July 2021 the wire Including 17 media organizations around the world began publishing a database of more than 50,000 leaked mobile numbers that were being monitored or potentially under surveillance through Pegasus spyware.

According to this investigation, a leaked list of thousands of telephone numbers of people of interest to clients of multiple governments, of Israeli surveillance technology company NSO Group, contains 300 verified Indian numbers, who have been asked by ministers, opposition leaders, journalists, judiciary, etc. It has been used by associated people, businessmen, government officials, rights activists etc.

NSO Group sells this military grade spyware only to governments. The Indian government has neither denied nor confirmed the purchase of Pegasus.

After this disclosure came to light, a big political controversy had arisen about it in the country and around the world. Following this, the Supreme Court on 27 October 2021 constituted a three-member committee of cyber experts to investigate the alleged use of Pegasus, Israel’s spy software, to monitor certain people in India.

breaking news breaking news in hindi headlines in hindi Hindi news india news latest news in hindi live news news in hindi not news The Wire the wire in hindi thewire no
Share. Facebook Twitter Pinterest LinkedIn Tumblr Email
Previous ArticleThe foundation of democracy should be shaken by the misbehavior of Stan Swamy in jail: fellow prisoner
Next Article Is the prime minister making it a tradition to convert government events into party events for electoral gains?