Arunachal Pradesh an integral part of India, China’s name will not change this fact: Ministry of External Affairs 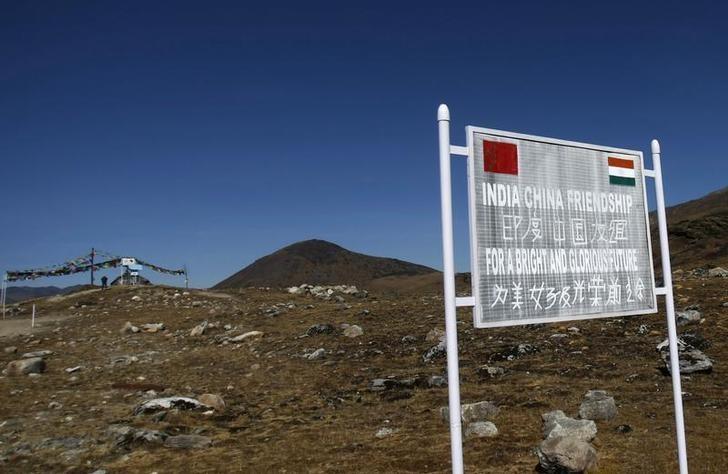 New Delhi/Beijing: India on Thursday categorically rejected China’s move to rename 15 places in Arunachal Pradesh and asserted that the state has always been and always will be an integral part of India as “fabricated” names do not reflect the fact. will change.

The latest move comes ahead of China’s new border law, which was passed in October this year and comes into force from January 1, 2022.

India had expressed concern that China’s “unilateral decision” to implement the new border law could have “impacts on our existing bilateral arrangement on border management”.

On October 27, Bagchi had said, “We also hope that China will refrain from acting on the pretext of this law, which can unilaterally change the situation in the India-China border areas.”

This latest action by China has been taken against the backdrop of the ongoing standoff between the two countries on the Line of Actual Control (LAC) in eastern Ladakh in May 2020. In June 2020, more than a dozen Indian and Chinese soldiers were killed in a violent clash in the Galwan Valley.

During the skirmish on 15 June 2020 in the Galwan Valley of Ladakh, 20 Indian Army personnel were martyred. Later China also admitted that five of its military officers and soldiers had died in this incident. This was the most violent clash on the India-China border in nearly 45 years.

Since then there have been several diplomatic and military level talks. At some points of the dispute, both sides have reduced troops in an effort to defuse tensions, yet at other points of the standoff in eastern Ladakh, Indian and Chinese troops continue to face each other.

Meanwhile, Indian Army officials and satellite images have confirmed that Chinese forces have increased their strength in the areas along the Arunachal border.

Chris Biggers, a geospatial intelligence expert, told India Cable, “Our surveillance shows the presence of a PLA (ground force) in Gyantse and other units have been deployed near the Gamba.” Hawkeye 360 ​​began detecting radio frequency activity in Gamba in August 2020, when we first discovered a new deployment to the east of the area’s field garrison.

China’s Ministry of Civil Affairs announced on Wednesday (December 29) that it changed the names of 15 place names in Zangnan (Chinese name for Arunachal Pradesh) to Chinese characters, the state-run Global Times reported on Thursday. The Tibetan and Roman alphabets are standardized.

It was said in the news that this is in accordance with the rules on geographical names issued by the Chinese cabinet ‘State Council’.

The official names of 15 places, which have been given exact longitude and latitude, include eight residential places, four mountains, two rivers and a mountain pass, the news said.

China claims Arunachal Pradesh as South Tibet, which is strongly rejected by the Ministry of External Affairs and says the state is an inseparable part of India.

India and China share a 3,488-km-long Line of Actual Control (LAC) on the border, which is a dispute between the two.

According to the Global Times news, the eight place names that China has standardized are Sengkejong and Daglungzong in Kona County of Shannan region, Manigang, Duding and Migpen in Medog County of Nyingchi, Goling, Danga and Nyingchi in Jiyu County. Mezag of Lunzhe County of Shannan Prefecture is included.

It said that there are four mountains – Wamori, Deu Ri, Lungzhub Ri and Kunmingxingje Fang.

The two rivers whose names have been standardized are Sheongmo Hee and Dulan Hee and are named after a mountain pass in Kona County.

The news quoted Lian Xingmil, an expert from Beijing’s China Tibet Science Research Center, as claiming that the announcement was part of a national survey of names of places that have existed for hundreds of years.

He said it was a legitimate move and it was China’s sovereignty to give them standardized names. Standardized names for more places in the region will be announced in the coming times.

Why is America not killing China’s ‘spy’ balloon? The big reason came out from the Pentagon