Are you also waiting for Jio Phone 5G? Know these features before launching 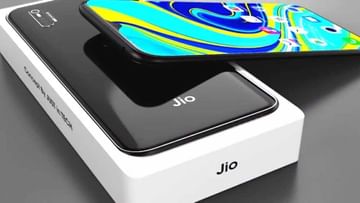 Jio Phone 5G mobile will be launched in India soon. But even before that the specifications of this mobile have come out, in which information about display, camera and RAM etc. has been shared.

Jio Phone 5G can knock in the Indian mobile market soon. This can be the cheapest 5G Smartphone in India, which will be compatible with Jio’s 5G network. Even though the official launch of this smartphone has not been announced by India, but many features have been revealed about this mobile so far, which includes from configuration to RAM and storage. Talking about the recently revealed reports, the company can be presented during the India Mobile Congress to be held from October this year.

Prime Minister Narendra Modi will inaugurate India Mobile Congress. During this time he can start 5G network in India. Apart from this, Reliance Jio can also announce its 5G smartphone, which will be an affordable 5G mobile in India.

AGM 2022 has been announced

During Reliance Jio’s AGM 2022 held this year, Mukesh Ambani has already confirmed that Jio is working on a 5G smartphone in collaboration with Google. It can be an affordable 5G mobile and it can be introduced during the AGM to be held next year. 91 Mobiles has shared reports about Reliance Jio 5G smartphone, in which information has been given about many specifications. However, no confirmation has been given by the company on all these specifications yet.

Talking about the possible specification of Jio Phone 5G, Qualcomm Snapdragon 480 chipset has been used in it. Also, a 13-megapixel rear camera can be given in it. In this, a selfie camera will also be given on the back front, which will be useful for video calls and selfies.

OnePlus 11 render picture surfaced, camera design will be like this! See Leaked Features

Travel to Phuket with your partner on New Year, you will get double the fun on the beach with IRCTC package

Check these 2 things online before traveling in the train, otherwise you will catch your head later