Shane Warne had guessed the future of this Englishman, now history will be created in Test! 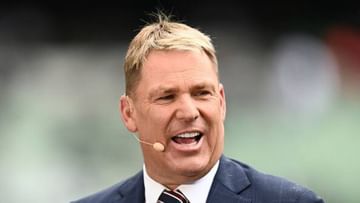 England has announced its team for the Test series to be played against Pakistan and has given place to a young spinner who was praised by Shane Warne long ago.

Leicestershire’s young leg-spinner Rehan Ahmed has been included in the England squad for the Test series against Pakistan. If he makes his debut, he will become the youngest player to play a Test match for his country. This 18-year-old spinner is getting a lot of praise in England and he is being appreciated a lot. He is being called the future star of England. Although former Australian leg-spinner Shane Warne had already predicted that he can earn a name in world cricket. This video of Warne and Rehan is going viral on social media.

Rehan has impressed the coaching staff a lot in the training camp in UAE and that is why he got a place in the team. England’s Test team coach Brendon McCullum said about Rehan that, “Ben Stokes, me and the rest of the coaches liked the way he played.”

I’ll keep an eye on you – Warne

These days a video is going viral on social media in which Warne is talking to Rehan and praising him fiercely. Rehan is seen very young in this video. Warne tells Rehan, “This is fantastic. excellent. I’ll keep a close eye on you. I guess we’ll talk to you soon. I think you will play first class cricket till the age of 15.

This old video of Shane Warne telling a 13-year-old Rehan Ahmed that he’ll be playing first-class cricket by 15 is really quite heartwarming.pic.twitter.com/K4uwxrqJ3r

did wonders in the world cup

Prior to the camp, Rehan caught everyone’s attention with his talent in the ICC Under-19 World Cup-2022 held earlier this year. He was the second highest wicket taker for England in this tournament. Since then he was in the eyes of the selectors of England. Rehan impressed Stokes and McCullum in the camp as well and now he can make his Test debut on Pakistan’s soil.