Jasprit Bumrah got injured not one or two but five times, is his career in danger? 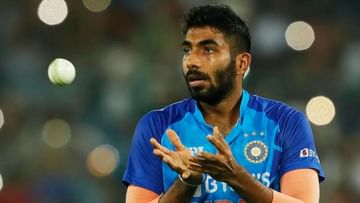 Jasprit Bumrah made a comeback to Team India after injury from the T20 series against Australia last week, but after two matches, trouble again emerged.

Jasprit Bumrah has been troubled by a stress fracture for the second time in the last three months.

The news agency PTI reported that Bumrah has been out for about 5-6 months due to a stress fracture in the back. This is the kind of injury that has bothered Bumrah the most. Bumrah, who made his T20 and ODI debut for India in 2016, picked up pace in his career without any trouble at the beginning of his career, but the last three-and-a-half years proved challenging for him.

3 and a half years, injured 5 times

March 2019: While bowling in the first match of the Indian Premier League shoulder injury Was engaged However, he quickly recovered from it and played 16 matches in that season including the final.

September 2019: first time stress fracture in the back The complaint, which was described by the BCCI as minor. He could not play the home Test series against South Africa-Bangladesh due to this. Returned to the team in January 2020.

January 2021: After the third Test in Sydney on the Australia tour abdomen strain He could not play the fourth Test in Brisbane due to his troubles. He soon recovered from this and took part in the Test series against England in February.

July 2022: After taking part in IPL 2022 in April-May, Bumrah returned to England tour in July. again after playing 4 matches there stress fracture of the back The problem emerged. Was out of the Asia Cup. Back against Australia in September.

September 2022: Played 2 T20 matches against Australia, in which a total of 6 overs were made. After this he was not fielded in the first T20 match against South Africa, after which Gambhir again stress fracture The problem came to the fore.

Obviously, injuries are not new or big in the case of fast bowlers and the greatest bowlers in world cricket have had to deal with different injuries. At present, bowlers like Bumrah, who apart from playing all three formats for the national team, take part in a two-month-long vigorous T20 league like IPL, their chances of getting injured increase even more.

In such a situation, the question arises whether Bumrah’s career is under threat now? Bumrah’s bowling action makes him vulnerable to injury and in such a situation, playing cricket in all three formats continuously, such problems can arise at different times.

So will Bumrah now have to give up one or two formats, so that his career is not completely ruined and he is available for tournaments like the World Cup (2023 ODI World Cup) for Team India.

Lessons to be learned from Starc-Stokes?

Apart from this, the question is also that the way his workload is managed while playing for Team India, should it be done during the IPL season as well? Obviously leaving the IPL season is not going to be so easy. In such a situation, one can learn from players like Australia’s superstar fast bowler Mitchell Starc and England all-rounder Ben Stokes, who do not hesitate to leave tournaments like IPL, BBL and The Hundred for the sake of their national teams.