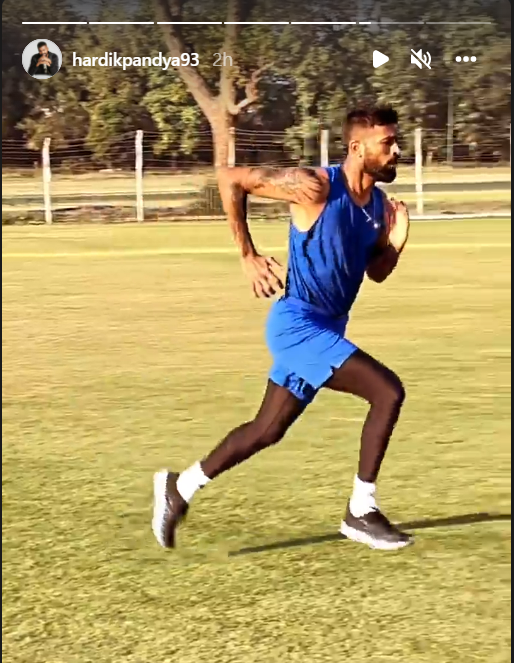 IPL 2022: Hardik Pandya is working hard for his return. He shared some stories from the warm-up session on his Instagram handle today. Hardik Pandya is currently practicing at his home ground IPCL, Gujarat. He was last seen playing for India in the T20 World Cup, where his performance was nothing short of special. Hardik Pandya was also not selected for the New Zealand tour due to a back injury. More recently, there has been a suggestion to select Hardik as captain by the Ahmedabad franchise.

The Ahmedabad franchise is looking to appoint senior India all-rounder Hardik Pandya as the captain for its maiden season in the Indian Premier League (IPL 2022). And now approval has also been received from BCCI for this. The Ahmedabad franchise has already appointed Ashish Nehra as its head coach, Vikram Solanki as the director of cricket and Gary Kirsten as the team mentor. This year’s tournament will be the way back for Hardik.

See also – IPL 2022: Governing council meeting to be held today, date of IPL auction will be stamped – these issues will be discussed – Follow live updates

IPL 2022: According to Zaheer Khan, Hardik Pandya will return soon

India’s all-rounder Hardik Pandya, who is out of the New Zealand tour due to a back injury, has now emerged from the injury. Hardik Pandya was asked to report at the NCA (National Cricket Academy) but he chose to stay in Mumbai. Hardik was released even before the auction by Mumbai Indians, plagued by fitness issues. But MI (Mumbai Indian) Director of Cricket Zaheer Khan believes that he will make a strong comeback soon after making a full recovery.