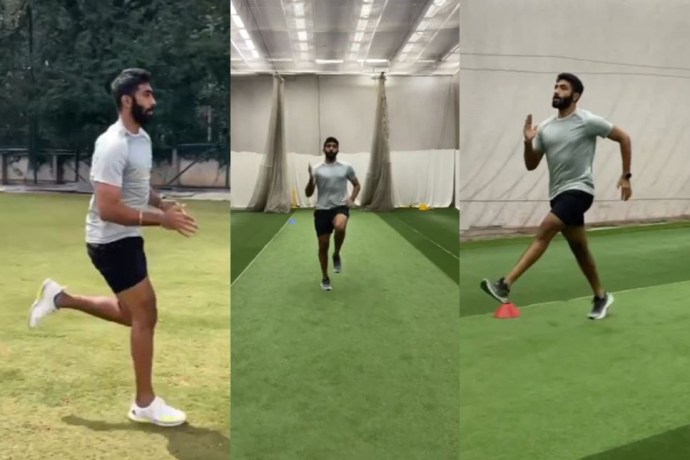 Jasprit Bumrah injury update: The bowling of the Indian team has been getting very bad for some time now. because of…

Jasprit Bumrah injury update: The bowling of the Indian team has been getting very bad for some time now. Because of which the team has to equate defeat in the matches. Meanwhile, Indian team’s star bowler Jasprit Bumrah has been seen making a comeback from his injury. Due to Bumrah not being in the team, the team is suffering a lot. Its effect has also been seen in the first match of the ODI (IND vs NZ ODI) series against New Zealand. India also had to face defeat by scoring 306 runs in the first ODI against New Zealand (India Tour of NZ). But Indian’s deadly bowler Jasprit Bumrah has now appeared to make a comeback (Jasprit Bumrah Injury Update). He has shared a video on Insta of social media in which he is seen making preparations to make a comeback. Stay connected with Hindi.InsideSport.In for every news related to the sports world.

Let us tell you that Jasprit Bumrah is running out of the team due to his injury from the last Asia Cup. The team was eliminated in the group stage itself in the Asia Cup. After that Bumrah was injured in the series against Australia. But Bumrah was able to play only one match and after that his injury resurfaced. Because of which he had to miss the T20 World Cup as well. The Indian team performed very well in the group stage of the T20 World Cup. However, due to his poor bowling in front of England in the semi-finals, he had to lose the match by 10 wickets.

While sharing a video, Jasprit Bumrah has indicated that he will soon take the field for the team. He wrote in the caption of the video that it is never easy but always worth it. After watching this video, it is being said that Bumrah will soon join the Indian team after returning from his injury. The Indian team has lost the first ODI against New Zealand by seven wickets. In this match too, there has been a deficiency in the bowling of the Indian team.

To read news related to cricket and other sports, follow us on Google News.