IND vs NZ: Team India lacks ‘number 6’, how long will they keep repeating the same mistake? 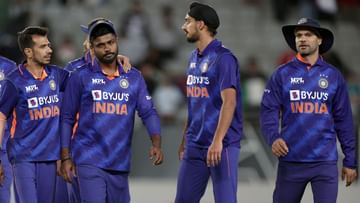 In the first ODI in Auckland, even after scoring a big score of 306 runs, the Indian team had to face defeat by 7 wickets, while at one time New Zealand had lost 3 wickets for just 88 runs.

The Indian team landed in this match with only 5 bowlers.

In the second match of the T20 series against New Zealand, the Indian team won without any trouble. Hardik Pandya, who was captaining Team India after a big win, had touched upon such an issue, which had come to the fore as a big mistake and shortcoming of Team India in the last few years. Within a week, Team India faced New Zealand again and even after knowing and speaking everything, Team India repeated that mistake and the result was defeat. This is the mistake – the lack of a sixth bowler.

The first match of the ODI series was played between India and New Zealand in Auckland on Friday, 25 November, in which despite scoring a strong score of 306 runs, the Indian team lost the first 17 balls by 7 wickets. Team India had started well and lost 3 wickets of New Zealand for just 88 runs in 20 overs. Then captain Kane Williamson and Tom Latham took the news of the Indian bowlers and won by a brilliant partnership of 221 runs.

Obviously, Team India came into this match with an inexperienced bowling attack. Umran Malik and Arshdeep Singh were making their ODI debuts, while Shardul Thakur was the most experienced pacer. At the same time, Yuzvendra Chahal and Washington Sundar were in the form of a spin pair. In such a situation, it can be said that due to the lack of experience of the pacers, New Zealand has achieved such a big target, but the issue is not this, but the sixth bowling option is not included in the playing eleven.

After the victory of the Indian team in the second T20 match against New Zealand, Hardik had said that he wants more and more bowling options in the team. Hardik had also talked about the contribution of the batsmen with the ball.

Now even though Hardik has been rested in the ODI series and the captaincy is with Shikhar Dhawan, but on this tour the entire team management is being handled by VVS Laxman and his support staff. Also, this issue has already been brought up in the discussions. It is not that there was no such option in the team. Deepak Hooda was a good part-time off-spin batsman, but instead of giving him a chance, two wicketkeepers were fielded in the playing XI in the form of Rishabh Pant and Sanju Samson.

Obviously, its effect was seen in the bowling of the Indian team as none of the top-order batsmen could contribute with their bowling. Captain Shikhar Dhawan could not make any changes due to lack of options. Especially when Yuzvendra Chahal, Arshdeep Singh and Shardul Thakur were getting beaten, then this deficiency was more felt.

Team India often lacks an additional bowler in the presence of batsmen like Rohit Sharma, Shikhar Dhawan, Virat Kohli and Shreyas Iyer or Suryakumar Yadav. The presence of Hardik Pandya makes up for it, but then none of the batsmen in the top order are able to help anything through the ball and have to bear the brunt of it. In such a situation, within the next one year, Team India will have to prepare new options, so that this mistake does not become huge in the World Cup 2023.