Dhoni-Pandya’s friendship again, know why the world is saluting 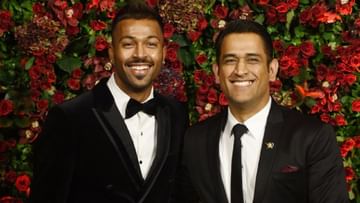 Everyone knows about the friendship between MS Dhoni and Hardik Pandya. Team India has to play the first T20 against New Zealand in Ranchi and Pandya met Dhoni.

After thrashing New Zealand 3-0 in the ODI series, now Team India is going to fight the T20 battle. The first match of the 3-match T20 series will be played in Dhoni’s city Ranchi. The teams of Team India and New Zealand have reached Ranchi. By the way, before Ranchi T20, a picture is making a big splash on social media. This picture is of Dhoni and Hardik Pandya. The picture has been posted by Hardik Pandya in which he is sitting on the bike and Dhoni is also with him.

Dhoni and Pandya are sitting on a special bike. Such a bike was used in the movie Sholay. And Hardik Pandya wrote the same thing in the video with Dhoni. Pandya wrote in the photo of the post with Dhoni, ‘Sholay Part-2 is coming soon.’

Pandya is very close to Dhoni

Please tell that Hardik Pandya and Dhoni are very close. It was Dhoni who supported Pandya in his difficult times. When Pandya was out of Team India after the 2021 T20 World Cup, he remained in touch with Dhoni. Let us tell you that Ranchi T20 is very special for Hardik Pandya. Pandya is the captain of the T20 team and he will be seen leading Team India for the first time in Dhoni’s city.

Team India invincible under the leadership of Pandya

Let us tell you that Hardik Pandya has led Team India in three T20 series and he has won all three. Under the leadership of Pandya, Team India has defeated Ireland, New Zealand and Sri Lanka in the T20 series.