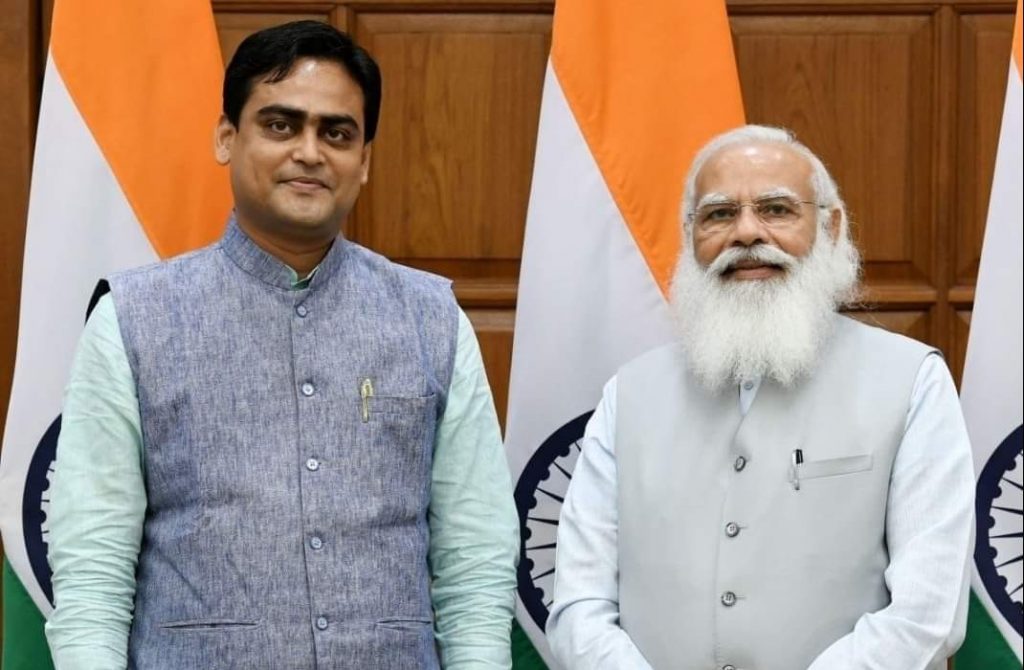 In the past few weeks, nine BJP MLAs had left the party’s WhatsApp group, five of whom- Mukutmoni Adhikari, Subrata Thakur, Ambika Roy, Ashok Kirtaniya and Asim Sarkar are dissatisfied with their expulsion from the state committee. Most of them are from the Matua community.

New Delhi: Ahead of the visit of Union Home Minister Amit Shah and BJP National President JP Nadda to Bengal to resolve differences in the BJP unit of West Bengal, Union Minister of State Shantanu Thakur on Tuesday said that he has quit various WhatsApp groups of the party.

According to the Indian Express report, however, the state BJP leadership has remained silent on the matter.

Sources say that Thakur, a leader of Matua community and MP from Bangaon Lok Sabha seat, is unhappy with the lack of representation of Matua leaders in state and district committees.

These committees were recently reconstituted by the party.

Thakur told media persons on Tuesday, ‘I will not comment on leaving the WhatsApp group for the time being. Let the time come, I will tell you the reason and my future plans.

In recent weeks, nine BJP MLAs have left the party’s WhatsApp group expressing dissatisfaction with the new state committee set up by the party.

On December 25, five MLAs Mukutmoni Adhikari, Subrata Thakur, Ambika Roy, Ashok Kirtaniya and Aseem Sarkar had left the party’s WhatsApp group expressing their dissatisfaction over their expulsion from the state committee. Most of them were from the Matua community.

Some of these MLAs later rejoined the party’s WhatsApp group after senior party leaders spoke to them.

Minister of State for Ports, Ships and Waterways Shantanu Thakur is also the leader of the religious and cultural All India Matua Federation of the community.

State BJP chief Sukanta Majumdar said, “It is an internal matter of the party. We will talk to them and solve their problems.

After the BJP’s defeat in the state’s assembly elections last year, the Bengal unit of the BJP faced turmoil after several top party leaders left the party.

Meanwhile, the ruling Trinamool Congress accused the BJP of dividing people and using it for political gains.

State Forest Minister Jyotipriyo Malik said, ‘BJP has always used people by dividing them. He also did politics with the people of Matua community.

Let us tell you that the Matuas are people belonging to the Namasudra community, who came to India after partition in 1947 and Bangladesh war of 1971.

At present, the population of Matua people in West Bengal is more than one crore and they have a good hold on 26 assembly seats in the state. The people of Matua community are mostly in Bongao and Barasat in North 24 Parganas and Krishnanagar and Ranaghat areas of Nadia district.