‘Political pawns’, police and central agencies in Bengal play the game of thief police, FIR on each other 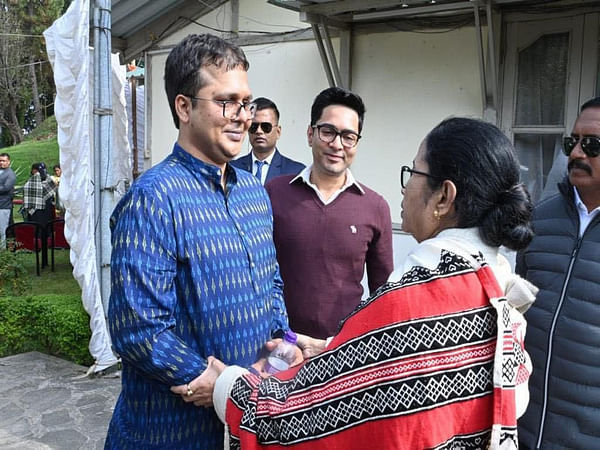 New Delhi: Earlier this week, Prime Minister Narendra Modi called for increased cooperation between state police and central agencies. Now it has to be seen whether they get success in this or not. But as it is now, police versus police battles with a political color are regularly erupting across states. And in West Bengal, it has become an all-out war zone in recent times, with the state police and central agencies filing cases against each other almost every other fortnight.

The latest example is on January 18, when the Central Bureau of Investigation (CBI) filed a First Information Report (FIR) against ‘unknown officers’ of the Kolkata Police over, among other things, a ‘false’ case of bribery. The case has a long and complicated political history in the allegations of office of profit brought against Jharkhand Chief Minister Hemant Soren last year.

In another recent khaki vs khaki showdown in West Bengal, the Crime Investigation Department (CID) of the state police registered a case of murder and extortion against seven CBI officers on 14 December.

This was in connection with the controversial December 12 custodial death of Lalan Sheikh, the prime accused in the bomb blast murder of Trinamool Congress leader Bhadu Sheikh last March, and the death of several others in arson in Birbhum during mob violence soon after. .

On its part, the CBI told the Calcutta High Court that the two accused officers named in the FIR had arrested Trinamool’s Birbhum president Anubrata Mondal in an alleged cattle smuggling scam. The CBI had said, “Attempts are being made to mix up the cases and take advantage.”

Good journalism matters, even more so in times of crisis

ThePrint brings you the stories you must read, from where they are happening

We can only do this if you support us with our reporting, writing and photos.

Between these two cases, the Gujarat Police, with the assistance of the Delhi Police, arrested Trinamool spokesperson Saket Gokhale on 29 December from New Banga Bhawan, the Bengal government guest house in the national capital.

The reason for this arrest was that Gokhale had allegedly misused the money collected through crowdfunding. He was also arrested twice last month by the Gujarat Police for allegedly ‘spreading fake news’ about the cost of Prime Minister Narendra Modi’s visit to Morbi after the bridge collapse in October 2022.

He said at a public meeting in Murshidabad, ‘Who lives in the new Banga Bhavan? I stay there sometimes, state governors stay there, chief justices and other important government officials stay there. What do they want to see? They want to see who all are coming there to meet these important people. And that’s why they took all the CCTV hard disks. It is against democracy and bulldozer politics. They will be closed soon.

A senior Kolkata Police official told ThePrint that a team from Bengal was sent to Delhi to probe the seizure of the disc, but no complaint has been registered in this regard “so far”.

These are recent examples. In the last five years, at least 17 cases and counter-cases have been registered between the state police and central agencies in Bengal.

Serving and retired police officers ThePrint spoke to said such infighting is “politically motivated” and a “danger” and that the police are often reduced to pawns.

Retired IPS and a former director general of police (DGP) who retired as RAW chief, PK Hormis Tharakan, said, “The agencies are under the control of the ruling parties at the Centre, while the state police organizations are at the mercy of the regional party in power in the state.” Huh. There are clashes between them and they make the most of the IPS cadre for their benefit. Senior officers cannot do anything about it as they need to follow the orders of the government.

Several senior police officers termed the latest number of cases and counter-cases in West Bengal as ‘political’, raising questions about the non-partisanship of central agencies as well as state police forces.

In the latest January 18 case, the CBI accused ‘unknown officers of Kolkata Police’ and businessman Amit Kumar Agarwal of criminal conspiracy and ‘disrespecting’ officials of the judiciary and the Enforcement Directorate.

For a brief background: Agarwal had filed a bribery complaint against one Shiv Shankar Sharma and one Ranchi-based lawyer, Rajeev Kumar, at the Hare police station in Kolkata last July. Aggarwal had alleged that Sharma had demanded a bribe to drop a public interest litigation (PIL) filed in the Jharkhand High Court.

This was not an ordinary PIL. Sharma was a petitioner in two PILs that sought a CBI and ED probe against Jharkhand CM Hemant Soren for allegedly money laundering and awarding mining leases to himself – an issue on which the state BJP has contested as a legislator. His disqualification was sought. The petition also accused businessman Aggarwal of helping Soren in money laundering.

While the Jharkhand High Court had held that Sharma’s petition was admissible, in November the Supreme Court dismissed the PILs against Soren, noting that they contained only ‘half-baked’ allegations, and were ‘a person who … impure’ Had come to court with hands’.

The CBI complaint came after the Jharkhand High Court ordered an inquiry. However, the FIR seen by ThePrint does not explicitly mention any active wrongdoing on the part of the Kolkata Police.

A senior Kolkata Police official had earlier quoted that there was no merit in the complaint against the police.

‘If one reads the recent FIR registered against us by the CBI, one will not find any allegation against the Kolkata Police. The case is against a businessman from Kolkata. They lodged an FIR in one of our police stations. The police station took action on this and arrested an advocate from Ranchi.

He said, ‘CBI is trying to implicate Kolkata Police for complicity in the crime of implicating the advocate, but there is no prima facie evidence. It seems to be a case of vendetta against us after the state CID registered a case against CBI officials in a separate case.

Here he was referring to the case of Lalan Sheikh’s custodial death, on which the Bengal CID had registered an FIR against the CBI officials.

The irony is that even in this case no direct allegation of wrongdoing was made against the CBI. Subsequently, the Calcutta High Court in December restrained the CID from taking any coercive action against the CBI officials in the case.

Speaking to ThePrint, a senior CBI officer of the rank of Inspector General (IG) said such cases were not new.

“At least five cases were registered against our joint directors by Kolkata Police and Howrah District Police in West Bengal when they were in charge of chit fund investigation and coal and cattle smuggling probe. The cases are still going on.

He claimed that such cases are only politically motivated and the officials are well aware of it. ‘Both the forces know that the cases will not be closed, as there is nothing to investigate. They’ll just keep calling each other out to flex muscle. All these are politically motivated cases.

Also read: Many important posts of CRPF, BSF, SSB and ITBP to a DGP since 8 months, while some officers only have to wait

In recent years, there have been several instances of police agencies pitting against each other – a prominent example being the ‘kidnapping’ filed by the Delhi Police against the Punjab Police for arresting BJP leader Tajinder Bagga last May. ‘s FIR. However, a disproportionate number of such disputes have been related to West Bengal.

The chain of such cases and counter-cases began in 2017, when former Kolkata Police Commissioner Rajeev Kumar was called for questioning by the CBI for the first time in connection with the Saradha chit fund scam.

Kolkata Police and Howrah District Police registered separate cases against the then Joint Director of CBI, Pankaj Srivastava, who was in charge of the investigation.

Since then, at least 10 sets of summons or notices have gone to senior IPS officers of the West Bengal Police in various cases, including the ‘coal smuggling’ case and the alleged cattle smuggling racket.

Prithviraj Chavan, minister in the Department of Personnel and Training (DoPT) and former minister of state in Delhi, said politically charged infighting among police forces is hurting the all-India civil services, often described as the country’s steel frame. goes.

Speaking to ThePrint, Chavan blamed the Ministry of Home Affairs (MHA) for the situation.

He said, ‘This rivalry between state police organizations and central police agencies indicates the failure of the highest authority alone, and that is the MHA.’

he adds, There is an annual conference of the DG, where the Prime Minister and the Union Home Minister are present. These types of conventions were created to avoid conflicts and increase coordination. But under the current system, just the opposite happens.

“The central government has many police agencies and about eight to 10 paramilitary forces. We often see how officers are filled with jealousy and revenge.

Chavan further said that the current trend of giving multiple extensions to IPS and IAS officers and post-retirement postings as a reward for their loyalty has taken a toll on the system.

‘Expansion and redeployment of officers encourages them to align themselves with political officers and go beyond the call of duty. Chavan said, everyone wants to be on the right side of the government, whether at the Center or in the states.

He said, ‘The National Police Commission (appointed in 1977) suggested taking the police out of political control. The report was never implemented. It suggested that state police chiefs and heads of central agencies should be selected by an independent committee, which could have representation from the PM and CM (in the case of a state government), the leader of the opposition and the judiciary.

He further said, ‘Until the police is freed from political control, these types of things will keep happening and it will become more and more ambiguous. It affects the morale of senior officers and the entire force.