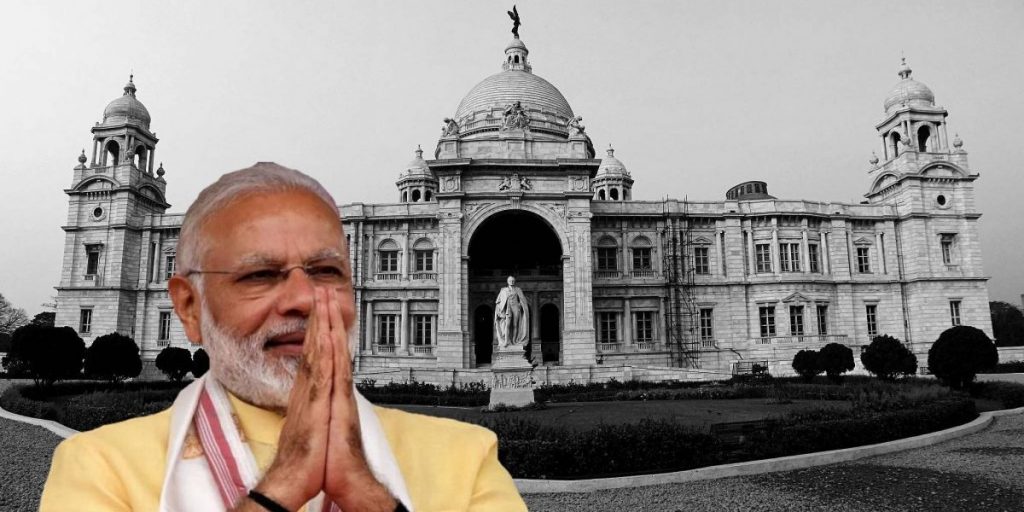 Many of Prime Minister Narendra Modi’s policies have emerged from the British imperialist rule and sees those expressing dissatisfaction with him as a threat, just as the British used to see.

Like many commentators, I have been curious to know how to explain what is happening in India. I am astonished at the decline of the autocratic and corrupt dictatorships of a democracy that has remained largely strong since independence from colonial slavery, where radical Hindutva and xenophobia, or hatred of outsiders, persist.

As always, we have many interpretations, the chronology of which spans from Narendra Modi becoming the most powerful person in India in 2014, to the reinstatement of governance by the Indian electorate to him in 2019. Going further back in this chronology, when in 2002 in Gujarat Modi showed how to annihilate Muslims and thus created the role of his Delhi march, from there to the demolition of the Babri Masjid in 1992, this chronology has spread.

Other chronologies go further back. The wounds of Partition and the Emergency of 1975-77, when only temporarily but Indira Gandhi showed how easy it was to strangle Indian democracy. Other events are not chronological but have had an impact on the ground and point to a global inclination towards right-wing dictatorship.

All these chronologies have something in common to make them attractive and approachable. However, I have one more chronology to offer that runs contrary to the superficial nature of Hindutva and the common understanding of its public image.

This chronology links the current BJP rule with the crucial period of the mid-19th century in which the East India Company made way for the British Empire through the Queen’s Declaration of 1858, making India the most precious jewel in the crown of British rule. Gave.

In this chronology, I see the Modi regime and all its regional satraps as direct descendants of the heyday of British rule in India. The climax of British rule can be placed in the 1860s and subsequent decades. The current BJP rule is British Empire 2.0.

What is it that justifies this comparison or equality? First, the British worked very hard to discredit and make the Mughal rule in India infamous. They generally viewed the Muslim rulers of India as ruthless, autocratic, tyrannical, oppressive, violent, corrupt and devious. He called the eighteenth century anarchy and saw himself as the leader who brought peace and discipline in the midst of this chaos.

This is the view of the BJP after Partition and about the Congress rule in India. The anti-Muslim views of the British were directly inherited by the RSS and its descendant BJP. Of course, the British also hated Hindus, especially Brahmins, and looked at them with contempt. He saw Hinduism as the culmination of superstition, idolatry and flattery.

It needs to be remembered here that the British saw themselves as a true reformer of Hinduism by taking legal steps against the evils prevalent in Hinduism, the practice of Sati, widow remarriage and others. Modi is also a Hindu reformer committed to the purification of religion by replacing the feminine, anti-technological and tolerant elements of Hinduism by replacing it with a patriarchal, evolutionary and masculine version of Hinduism. His rule can be seen as instilling orthodox Islamic DNA within the flexible psyche of soft, feminine and hyper-tolerant Nehruvian Hinduism.

Both parts of this work are direct mirrors of British ideas of Hinduism and Islam beginning in the 19th century. As we move into the 21st century, just like the British, Modi and his close allies show aversion to both the Nehruvian and Gandhian forms of the Congress.

Gandhi, who had started a movement by mobilizing Indians for Swaraj, was despised by the British as a naked fakir and he did not have any special respect for Nehru either. He had given the title of ‘treacherous Harrowian’ to Nehru, who studied at Harrow School in England, who even sold his English masters to become Gandhi’s successor. Modi learned his hatred for Gandhi and Nehru from the British.

But in other ways, Modi is also a descendant of imperialist Britain. He prefers to use (with the support of his right hand Amit Shah) the harshest provisions of colonial laws regarding sedition, free expression and the right to protest collectively. He prefers a legal framework in which the military and police powers remain under the control of Delhi itself.

He prefers to enjoy executive powers, whether through eliciting intelligence from officials, through the Income Tax and Enforcement Authorities, the Customs Department, or the Reserve Bank of India. All these allow him to distort the policy system at his behest according to his royal whims.

The same applies to his quirky economic policies, especially the decisions he took with regard to demonetisation, GST or the recently withdrawn agricultural laws. All these are policies that do not matter in the context of most parameters of national interest and economic development.

Many analysts agree that in the last five years, India has been lagging behind in most global economic indices. And the power doesn’t seem to care. It is completely understandable if they are direct descendants of the British Empire.

Modinomics or Modi economics is aimed at transferring national wealth to the Adani-Ambani and their numerous regional and local counterparts. All of them are sucking the blood of Indian rivers, soil, forests and fields with the support of local militias and corrupt local officials. These local elites and elites are a replica of the colonial era that was hollowing the country from within, which swallowed up the local resources while serving the interests of the urban and the elite of the country.

India’s British imperial system was guided by the royal treasury and the treasury of the British Kingdom of London, today the same is done by the global vaults and few accounts of the few elite and aristocratic Indians at the top of the economy, who are happily There is no hesitation in spending some of his black money in BJP’s electoral machine. In both cases the national economy appears to be a piggy bank which is filled and emptied at the demand of the ruler. It has nothing to do with development.

The last two elements justify this genealogical study of mine for modity. Consider Ajit Doval’s recent speech in which he expressed his views about the fact that today’s strategic war is being fought from the platform of civil society. Indeed, this is an extraordinary statement made by a prominent spokesperson of any, even an unstable democratic society.

Doval aims to create a deep ideological barrier among the ‘people’. ‘People’ means those voters who have given full authority to the executive. And by ‘civil society’ he means artists, scholars, journalists, social workers and critics of the government. They are no longer maligned as ‘Urban Naxalite’ or Khan Market mob or tukde-tukde gang, but as ‘Civil Society’ without any name or precedent and are indirectly targeted as a whole and as a whole. Is.

This overall form of democratic discontent can only emerge out of British Empire 2.0, a type of colonial system that came to rule Delhi from its native places of Ahmedabad, Baroda and Surat. Since the British in the British era did not represent the entire ‘civil society’ as a threat to the stability, integrity and legitimacy of the state, this is not an indigenous form of xenophobia. Rather, it is the colonial hatred of the indigenous population that over time finds its new home.

The question arises that how can I refer to the BJP rule as a colonial regime? I can do so because their self-image and outlook matches that of the recently emerged dominant class, which is characterized by its radical Hindutva. Who keeps the absolute right to subject the outcasts of the society, the heretics and marginalized people of other religions under his domination.

This colonial class may not have come from the mountains or across the sea, but their relation to the racial, religious, ecological and cultural minorities of India is of a kind of superiority, bio-cultural difference and imperialist arrogance.

In this sense, all these settlers from outside claim to be the sole majority among minorities and completely destroy, distort and reverse existing demographic realities. Whereas the truth is that the so-called Hindu majority is an artificial category, deliberately created to serve political interests and with no real history before the 19th century.

In this context, Hindutva embodies the idea of ​​British colonialism that was imposed by a few white rulers and can now be legally enforced by Indian colonialists in the name of an imaginary Hindu majority.

If there is any truth in the analogy presented here, it also throws light on the massive, unprecedented and arrogant project Central Vista Project, which aims to bury Lutyens’ Delhi under the weight of an entirely south-block built vision of a ‘New India’. This vision owes as little to Gandhi and Nehru as to those who tried to envision a national capital, rooted in a very old imperialist past.

This original form of Delhi should remain, replaced not by some imaginary neo-Hindu iconography, but by the monumental Baroque (17th century monument building style in Europe) vision of Bimal Patel and his patrons. It may be a neglect of law, history, environment, aesthetics or it may be an intoxication of popular state power.

Highest imperialism is at its core. And its roots lie in the decades before Lutyens, in the ‘delusion of permanence’ that defined the British Raj until about 1920.

Still, every rule, power or era is bound to decline one day and the farmers of Punjab, Haryana and western Uttar Pradesh have indicated the downfall of this Modi Raj.

Refusing to be displaced by the Viceroy from Gujarat, the Sikh-led farmers have provided a strong representation to the fifty crore Indians (Dalits, Muslims and Adivasis) who have been humiliated under Modiraj’s colonialism.

Much of South India is dancing to its own tune, North-East India needs heavy military force to keep it under its control, Rajasthan, Maharashtra and Punjab are out of BJP’s control and Mamata Banerjee is bringing the opposition under one umbrella. In these circumstances, the present government seems to be ruling only Lutyens in the midst of the security system.

The Central Vista Project is a monument to his achievements, but it could also prove to be his tomb, even if not tomorrow but soon. This is an expenditure of Rs 25,000 crore without accountability.

Yes, we are in 2021. Yes, the first Indian freedom struggle took place in 1857. Yes, we are in that era where everything is Modimay, painted in the colors of Modi. But the system that governs us is completely as foreign as the British were, and only a second freedom struggle will bring it to its knees. In this fight, the farmers who are standing on the border of Delhi are our frontline soldiers.