Lok Sabha Elections: Will Nitish be able to become the face of opposition unity in 2024? 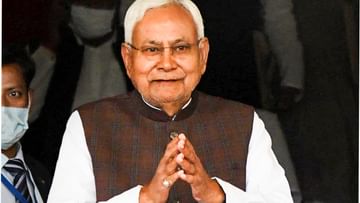 Nitish Kumar is preparing the ground to challenge the Modi government in 2024. At the same time, BJP’s restlessness about Nitish is indicating that he can prove to be a big challenge to its central power.

After the reversal of power in Bihar, there was only one discussion in the political circles. Nitish Kumar In the 2024 Lok Sabha elections, by becoming the axis of opposition unity, will give competition to Prime Minister Narendra Modi? Since Nitish Kumar left the BJP, the BJP is attacking Nitish. Although many parties left BJP even before this, but BJP did not attack them like this. Be it TDP leader Chandrababu Naidu in Andhra Pradesh or Uddhav Thackeray in Maharashtra. But BJP is washing its hands behind Nitish as if he is going to present a big political challenge to the Modi government at the Centre. This restlessness of BJP is creating an atmosphere in favor of Nitish.

What is in Nitish’s mind?

The important question is whether Nitish Kumar will really try to face opposition unity, if he tries, will he be able to succeed in it? At present, his party has 16 MPs in the Lok Sabha. His party is in seventh place in terms of numbers in the Lok Sabha. He has 45 seats in Bihar’s 243-member assembly. His party is the third largest party in the Bihar Legislative Assembly. Can a leader of the third party in the Legislative Assembly of just one state and the seventh largest party in the Lok Sabha dream that he will oust the incumbent Prime Minister Narendra Modi from power in the 2024 Lok Sabha elections? If Nitish makes such a claim, then it will be called audacity in the current political situation of the country. However, Nitish has not yet presented his claim for the post of Prime Minister. But he has definitely said that he will try to unite the opposition against the Modi government.

Why is BJP nervous about Nitish?

It is worth mentioning that all the political analysts of the country believe that in 2024, there is no challenge from the opposition to the Modi government. The only basis for believing this is the large strength of the BJP and its allies in the current Lok Sabha and the huge victory of the BJP in the recent assembly elections in many states. These include his return to power in the country’s largest states of Uttar Pradesh and Uttarakhand, along with Goa and Manipur. The BJP alone has 303 seats in the current Lok Sabha and the NDA with its allies has 333 seats in the Lok Sabha. At present, a small party and its leaders do not seem in a position to present a bigger and tougher challenge to oust a government of such a huge majority. But BJP’s restlessness about Nitish Kumar is indicating that he can prove to be a big challenge to its central power.

In fact, in the 2024 Lok Sabha elections, the BJP is set to win 350 seats on its own. For this, BJP has prepared a special blueprint to increase its base and seats in South India, BJP is working on it. On the other hand, BJP wants to strengthen itself in some states on its own by getting rid of allies in the next elections. Bihar is one of them. Recently, in the meeting of all the seven fronts of the BJP in Bihar, the local BJP leaders had spoken in front of the national president that the next election should be fought on its own because the BJP is suffering under the umbrella of Nitish Kumar. Nitish Kumar is definitely with BJP but he is opposed to BJP’s agenda. Therefore, staying with him, BJP is not able to strengthen its roots in the state.

Announcement of elimination of regional parties

In the same meeting of all fronts of BJP, JP Nadda had said that regional parties are dying out in the country and those that have not ended will end soon. In that statement of Nadda, he played an important role in converting the already ongoing tussle between BJP and JDU into a breakdown of the alliance. After breaking the alliance with BJP and forming a new alliance with RJD, Nitish took a jibe without naming PM Modi or BJP. He had said. It is not important whether we will stay or not. The question is whether those who came in 2014 will stay after 2024 or not. His statement is being directly considered as a declaration of war against the Modi government. As soon as Nitish changed his side, the opposition camp, which was facing the big problem of leadershiplessness, suddenly increased the enthusiasm.

Congress is also not right with Nitish

With Nitish Kumar’s efforts to unite the opposition parties, there is a lot of uneasiness in the Congress as well as the BJP. Amidst the ongoing discussions on the candidature of Nitish Kumar for the post of PM from the opposition, the Congress made it clear that Rahul Gandhi is the only candidate for the post of Prime Minister from his side. This means that the Congress will fight the next Lok Sabha elections under the leadership of Rahul Gandhi. However, it is also being discussed that Congress President Sonia Gandhi wants to make Nitish Kumar the combination of UPA. But it doesn’t make sense.

Will Nitish Kumar be the convener of UPA?

Since 2019, there was constant discussion that Sonia Gandhi might make Sharad Pawar the convener of the UPA. Sharad Pawar is in UPA from day one. He is the most senior and experienced leader of UPA. He was the brain behind breaking Shiv Sena from BJP and forming Maha Aghadi with Congress and NCP in Maharashtra. Despite this, he was not made the convener of the UPA. In such a situation, there is no justification for bringing Nitish Kumar to this post at the moment.

Nitish Kumar has tried once before to form a common front against Modi by uniting the opposition parties. But even then he had to face the most opposition from the Congress itself. Significantly, in 2005, Nitish had contested the Bihar assembly elections by forming a grand alliance with RJD and Congress. Nitish Kumar became the Chief Minister after the victory of the Grand Alliance. After that Nitish started the exercise of forming a united front against the Modi government by uniting all the opposition parties in view of the 2019 Lok Sabha elections.

Nitish gave the slogan of a union-free India

In the JDU national executive meeting held in Delhi in 2016, Nitish gave the slogan of Sangh-mukt Bharat in response to the BJP’s slogan of Congress-mukt Bharat. But the Congress on the same day had blown away Nitish’s exercise by saying that it accepted Nitish’s slogan but the leadership did not accept it. After that in 2017, Nitish himself became a part of the NDA by saying goodbye to the Grand Alliance and accepting Modi’s leadership.

There are more candidates for leadership

Now Nitish is once again preparing the ground to challenge the Modi government in 2024. This time too his challenges are no less. Before him, West Bengal Chief Minister Mamata Banerjee is trying to project herself as the main opposition instead of Congress. Ever since winning the assembly elections in West Bengal last year, she has been trying to make the 2014 Modi vs Mamata contest. But his acceptance in the Hindi belt is not that much.

Many leaders want to give competition to PM Modi

This is the weakness of all those leaders who yearn to give competition to PM Modi. Although Odisha Chief Minister Naveen Patnaik has remained in this post continuously for the last two years. His experience as Chief Minister is the highest. But he does not want to come out of Odisha. Telangana Chief Minister K Chandrashekhar Rao also once rebelled against Modi and opened a front against him. But due to less seats in the Lok Sabha and his lack of acceptance in the Hindi belt, he went after Mamta Banerjee.

Nitish is a tough challenge from Mamta

Between Nitish and Mamta, there is a figure of thirty-six since the time of the first NDA government led by Atal Bihari Vajpayee. Even after twenty years between the two, the snow has not melted. The mutual tug of war between the two can become the biggest obstacle in the opposition unity. Mamata Banerjee’s TMC has 24 seats in the current Lok Sabha and 219 seats in the 294-member assembly. Mamta Banerjee is heavy on the claim of Nitish’s leadership in terms of numbers. Just his acceptance in the Hindi belt is less than Nitish’s. The big challenge before Nitish is to bring such parties together on the stage, which are competing with the Congress in their state. There is another dilemma in front of them. He is running the government in Bihar along with the Congress. In such a situation, he cannot even start the exercise of forming a separate front by taking along other non-Congress parties except Congress.


United Opposition Front is a far cry for the time being

Overall, the United Opposition Front against PM Modi seems a far cry at the moment. Regional parties are definitely strong in their states but they are not in a position to help any other party win against the BJP in other states. In states like Gujarat, Rajasthan, Madhya Pradesh, Karnataka, Chhattisgarh, Haryana, Himachal Pradesh, Uttarakhand and Delhi, the BJP has almost all the seats in the Lok Sabha. In all these states except Delhi, the BJP has a direct contest with the Congress. The Congress does not appear to be capable of defeating the BJP in a direct contest. In such a situation, why would the regional parties, which defeat the BJP in their states, accept the leadership of the Congress? Due to all these contradictions, it is not possible for Nitish to become the face of unity of opposition parties at the moment.