Is the prime minister making it a tradition to convert government events into party events for electoral gains? 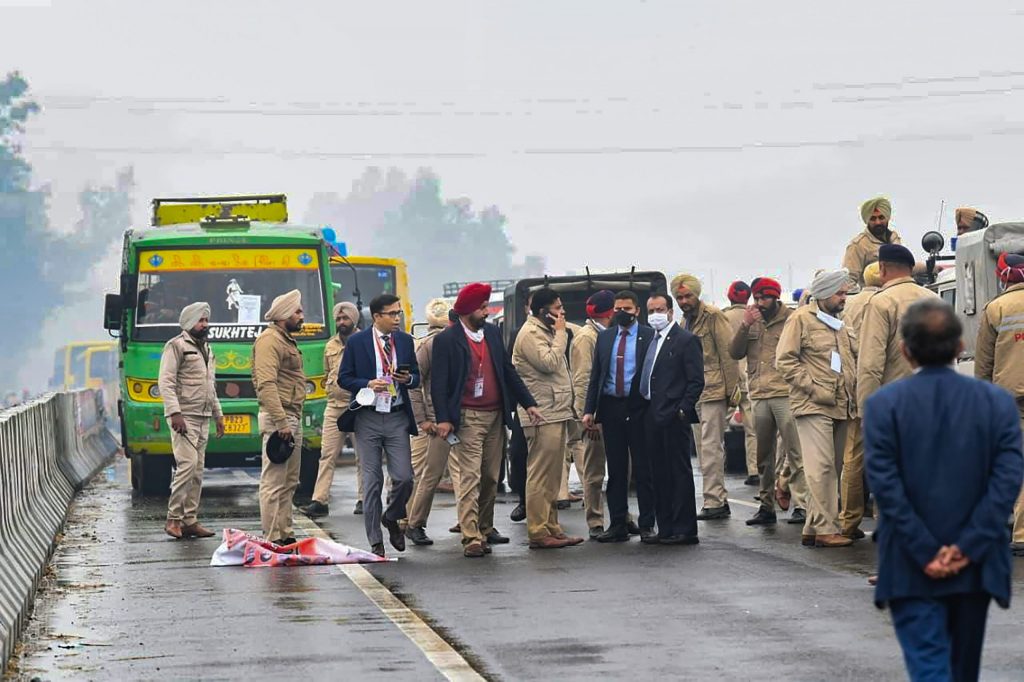 The way the Prime Minister himself and his party have been trying to make political gains by sensationalizing the incident from that moment on the security lapse, it is clear that they are less serious about the seriousness of the incident and more about the possible electoral benefits. .

Undoubtedly, it is very unfortunate that when the Prime Minister is going to rally in a border and sensitive state like Punjab, he is not able to find a safe way due to protests by farmers and has to return after getting stuck on a flyover. But what is more unfortunate is that the Prime Minister and his party are not ready to learn any lesson from this incident as per their habit.

The way they have started sensationalizing the incident from that moment to take political advantage, it is clear that they are less serious about its seriousness and more serious about the possible electoral gains from it. The Prime Minister’s request to Punjab officials at Bathinda airport to thank his Chief Minister for “being able to return alive” is also part of his similar efforts.

However, many people have doubts about even saying something like this to him. They are asking whether the Prime Minister’s favorite news agency itself has fabricated this statement of his and started the news?

In this era, it can neither be called impossible nor unexpected. Especially when there is no byte available of the Prime Minister saying so, nor have the names of the officers to whom he allegedly said so.

However, the way the Union Home Ministry and the BJP are attacking the Congress government of Punjab’s Charanjit Singh Channi for the ‘lapse in the security of the Prime Minister’ and do not accept any fault of the Prime Minister’s security staff, even if according to the experts the situation is opposite. Nothing less is known about their intentions than that.

His haste on this is such that he does not even bother to wait for the findings of the investigation, which has been set up by the Channi government after the Center asked for its report.

The question is that if there has really been a lapse in the security of the Prime Minister, then why should both Home Minister Amit Shah and Punjab Chief Minister Charanjit Channi not take responsibility for it and if this lapse is intentional, then why should both of them not resign? What is it that the government of one of these should be dismissed and demanded imposition of President’s rule and the other should be spared outright?

It is worth mentioning that despite rejecting every clarification of the Punjab government in this regard, the BJP and the Union Home Ministry are not saying anything about the farmers’ organizations blocking the path of the Prime Minister.

There is also a flaw in saying this: The United Kisan Morcha did not threaten to not allow the Prime Minister’s rally, and of the nine organizations that did, the sympathies of many of them with the BJP are well known. Even though his tone was complaining that even after the return of agricultural laws, the government has not fulfilled the demands like guarantee of MSP of farmers, return of cases against farmers or the dismissal of Ajay Mishra Teni.

In such a situation, the answer to the question is not very difficult as to who informed the farmers’ organizations, who had threatened to stop the rally, about the arrival of the Prime Minister to the rally site by road instead of by air and made him stop their way. On behalf of the BJP, Union Minister Smriti Irani had asked this question very loudly, but now many people are telling it a case of complicity of BJP and some farmer organizations.

Some sources in the Channi government also say that the Prime Minister was being provided an alternative route, but he chose to cancel the rally and return, as people had not reached the rally to hear him. Captain Amarinder Singh, former chief minister of the state and an alliance partner of the BJP, also testifies to the absence of crowds at the rally.

Thus, who does not know that the farmers of the state had been opposing the BJP, its governments and the Prime Minister since the time when the three controversial agriculture laws were brought. In the neighboring state of Haryana, he often chose to stop and boycott all government programs. In such a situation, all the farmers’ organizations that blocked the path of the Prime Minister, only repeated the above protest of the farmers.

However, this repetition is enough to prove that even after withdrawing the said laws, the Prime Minister has not been able to win the full confidence of the farmers and if he believed so, then he was mistaken.

Going to other aspects, many more questions demand answers. Above all, what does the Prime Minister mean by ‘Thanks to the Chief Minister for his return alive’? Were the farmers blocking their way armed and threatened with their lives?

If so, why did they reach this level of insecurity inspite of tight SPG security? If not, why didn’t he show the courage to go to the farmers blocking the way and communicate with them and convince them? Farmers have been yearning since the time of their agitation on the borders of Delhi that the Prime Minister should talk to them and find a suitable solution to their problems.

He never displayed any enmity with the Prime Minister. Then who will answer the question of his supporters that by blocking the way of the Prime Minister, they were exercising their democratic right to object against their customs or were committing some such crime, for which the Prime Minister cannot ‘forgive’ them. ? Is he the emperor, not the elected prime minister of the country?

Pandit Jawaharlal Nehru, who does not like even his broken eyes, was the Prime Minister, then instead of going back after seeing those who stopped his path, he used to talk to them.

Once in a similar conversation, an agitated woman caught hold of him and asked what he had done for his like till date? Then Nehru calmly replied, without losing his temper, ‘that now he can hold the reins of the Prime Minister of India.’ Why could Prime Minister Narendra Modi not have made such an example by crossing the above flyover.

Then Rahul countered him by asking ‘Isn’t he your prime minister?’ But in today’s date, if you ask the truth, the BJP needs to tell this thing that the Prime Minister belongs to the whole country, the Prime Minister is the most important.

Also to ask them why they are making it a tradition to convert their government programs into BJP’s programs for electoral gains and to lash out at the dissenters and opposition parties in them? In this way, he himself is not playing with his reputation of ‘Prime Minister of the whole country’?

Preparation for the budget has intensified. Recently, the Finance Minister met industry and farmer…

An unofficial Test match is being played between India A and Bangladesh A, where…

In the poll posted by some people Tv9 Bharatvarsha, many internet users have voted…

Air India and Vistara are going to merge. While AirAsia India, another airlines of…