Is Ayodhya becoming an example of corporate development in the name of Ram? 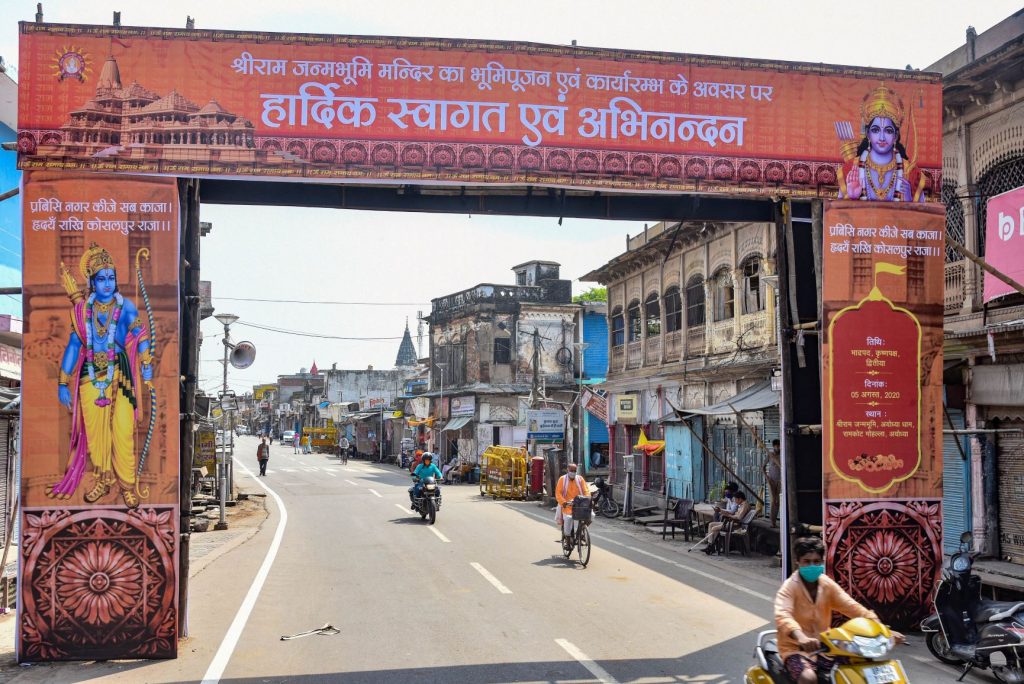 One of the concerns of Ayodhya, engulfed in the ruckus of land-trading by the influential near the Ram temple area, is whether it will be able to live worthy of Ram even if it was handed over to the priceless grandeur backed by power?

Two years after the Supreme Court’s verdict on the Ram Janmabhoomi/Babri Masjid dispute, the ‘game’ of indiscriminate horse-trading by public representatives, bureaucrats and their families defying the rules and regulations of the prized land around the under-construction Ram temple in Ayodhya The English daily ‘Indian Express’ has revealed and taking cognizance of which the Yogi Adityanath government of Uttar Pradesh has ordered a high-level inquiry and has called for a report within a week, no matter how surprised or astonished people in the rest of the country are. Ayodhya is not at all.

Earlier, there was no such game of Shri Ram Janmabhoomi pilgrimage area even at the time of disclosure. In fact, it has been so long since he faced such ruckus that he no longer feels anything new in them.

Yes, he still remembers that the most solid foundation of such games in his passing was the conspiracy to place idols in the Babri Masjid on the night of December 22-23, 1949, which the Supreme Court, in its aforesaid judgment also called ‘unlawful activity’. ‘ It is said that the founder of Faizabad district, which has now been renamed as Ayodhya, was laid by the then District Magistrate Commissioner KKK Nayyar.

Even so, when he was transferred to Faizabad to punish him by the then government and he got a tenure of only nine months and fourteen days. In such a short span of time, he misused his powers and played such games to grab the ownership of many pieces of land for himself and his loved ones, whose disputes continued to increase the work of the courts for a long time.

Senior journalists – Krishna Jha and Dhirendra Kumar Jha, in their well-known book ‘Ayodhya: The Dark Knight’ (Ayodhya: That Dark Night) published in English and Hindi, have described this in detail, writing that ‘he had engaged in conspiracies in and around Faizabad. Satisfied his immense hunger by occupying large land and property. In the legends of elders, its tales are still alive and are told with chatter.

In these circumstances, the Jamaat, which had placed idols in the Babri Masjid and demolished it on December 6, 1992, after the decision of the dispute related to it on November 9, 1949, began to feel completely autocratic, filled with ecstasy, and was free from religion, politics and politics. Intended to create a unique cocktail from the fusion of the powers of the capital, it still is, looking in its mirror, Ayodhya would have been surprised, in fact, when no such game ever came to the fore.

Because who knows better than him that no matter how much this Jamaat utters the name of Lord Ram, neither is it going to follow his path, nor will it follow his ideals nor will it bring Ram Rajya on the earth.

If she had done something like this, why would she have turned away from her participation in the famous acts of December 22-23, 1949 and December 6, 1992 in the courts and ensured that her loved ones escape any punishment?

That is why, despite the pace of this game being much faster than in 1949 and the increasing interest of the non-believers, oblivious to the policies of globalization and the recommendations of pay commissions, Ayodhya is not surprised or surprised but worried.

There is a force on his forehead that even his naive hope that the Supreme Court will decide the temple mosque dispute that has become a cyst on his chest, he will be outright free from many illusions and traps, including the political political use of religion. Salvation will be found.

Look at his irony: first he saw the games of Shri Ram Janmabhoomi Teerth Kshetra Trust set up by the central government to build the temple and now in the midst of the government’s silence on it, elected public representatives who never make a mistake in identifying both the sense of time and the pulse, understand their signals very well. It is watching the games of the bureaucrats and the people who are eager to take the achievements of both of them from above. Then why won’t the worries about his future start bothering him even more?

Especially, when its people’s representatives are busy in making and arbitrarily implementing the so-called Hindu identity nurturing schemes for their political interests, one should say, in the name of this identity, more than capable people across the country- Climbing calls to buy land in Ayodhya, but they are not at all reluctant to see that along with the purchase of land by Shri Ram Janmabhoomi Teerth Kshetra Trust, MLAs and officers etc. are also indulging in such acts and building airports or new roads. And land acquisition for widening old roads, etc. has skyrocketed the land prices, making it difficult even for the middle class people of the weaker income group to dream of their home in Ayodhya.

Earlier it has been a tradition that many poor and poor people of the adjoining districts used to turn their backs on him after seeing the lowest income possible in Ayodhya. It was said that no one sleeps hungry in Ayodhya. But now those who are already in Ayodhya, their life is also becoming difficult.

Even if the people displaced by the demolition of shops, establishments or houses for widening the old roads get their compensation, it is not possible to bring their life back on track. On this the tragedy of displacement and the lines of those who are homeless and homeless are only expected to grow bigger.

After the Supreme Court’s decision, many rich people of the country and abroad opened their treasuries for the Ram temple, the traditional identity of Ayodhya as a place of pilgrimage for the poor is also being left behind, making it not only householders and traders but also the city of temples. Even the saints and mahants of the small and resourceless temples of the state are worried.

But the powers that be, are immersed in the matter of making this city more of tourism than religion and corporate development and do not pay attention to anyone’s complaint. They also do not dare to fulfill the duty of proper compensation and rehabilitation of the displaced. Recently, he did not even take notice of the closure of the market announced by the local trade board against the demolition.

Is it any wonder that those who have believed that Lord Ram had his second exile in Ayodhya on December 6, 1992, are now reminiscing the famous poem titled ‘Sixth December’ by late Kaifi Azmi, referring to the latest developments as the third exile of Lord Ram. Looking at and suspecting that the anti-people policies of globalization imposed on the country three decades ago by saying ‘there is no alternative’ are leaving nothing for the poor in the country, even their numbers are controversial. It has been made, the governments brag by keeping them in vain for free ration that it was on their own that they did not let them die of hunger even during the Corona period, then why would the corporatized Ayodhya be able to remain a pilgrimage for the poor?

Chhattisgarh’s prestigious Hindi daily ‘Deshbandhu’ has expressed its concern in these words: ‘Earlier a nominal amount was charged for the worship and worship of Baba Vishwanath in Kashi, but now its rate list has also been issued. Whose payment is not possible at least for the poor. When the Ram temple is ready in Ayodhya, even then the opportunities and rights to reach Ramlala will probably be given to the rich, because for the poor man, seeing God by loosening the pockets will also be like a luxury. Now the days are probably gone when God used to be Deenvatsal. Now business in the name of God has increased so much that instead of the poor and the poor, only the rich have access to them.

However, a further concern of Ayodhya is whether it will be able to live up to Ram even if it is handed over to the priceless grandeur backed by power. In that ‘Where used to sparkle where Ram’s footsteps used to take the mark/love of love’, how can such a fizz be made by mixing religion and land business in the same passerby that Ram once again without washing his feet saying this Do not get up on the banks of Saryu or from your door that they are being given a third exile?

Is there anyone who can get Ayodhya out of this pit of worry?

breaking news breaking news in hindi headlines in hindi Hindi news india news latest news in hindi live news news in hindi not news The Wire the wire in hindi thewire no
Share. Facebook Twitter Pinterest LinkedIn Tumblr Email
Previous ArticleMP: Home Minister objected to actress Sunny Leone’s song, said – action will be taken if the video is not removed
Next Article Salman Khan is single even at the age of 56, has dated from Sangeeta Bijlani to Aishwarya Rai

Vinod Kambli: Vinod Kambli, former Indian cricketer of the Indian team, is again under the…