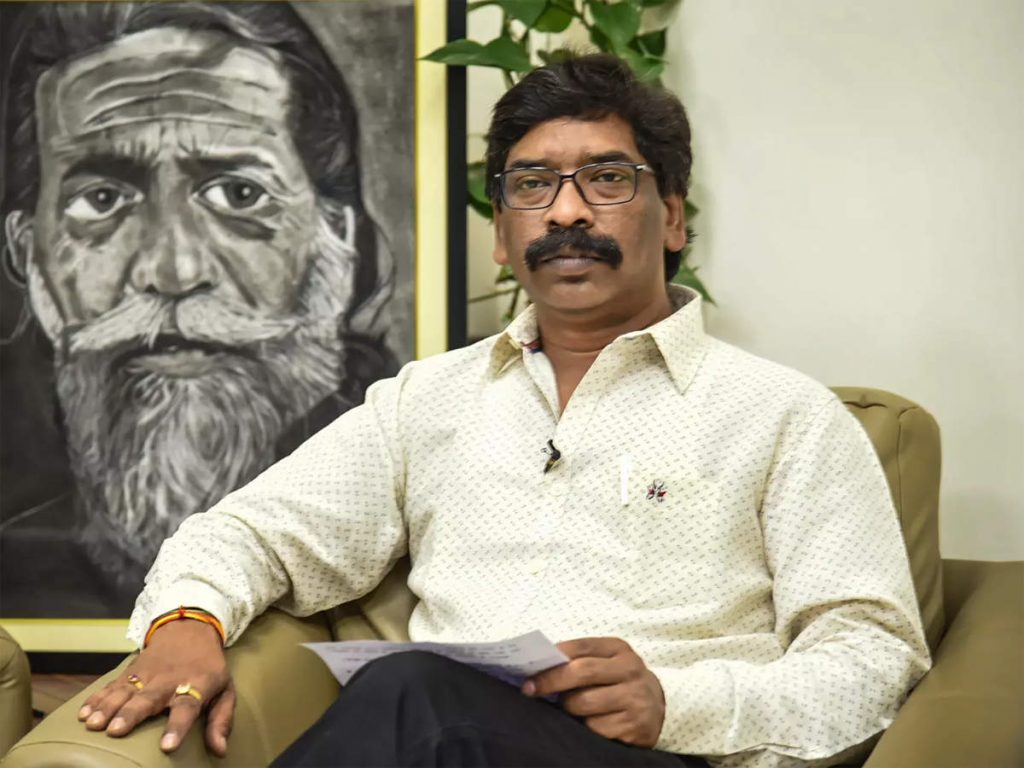 Jharkhand Chief Minister Hemant Soren said that BJP wants to make the country a Hindu Rashtra. The Anti Mob Lynching Act is not a Hindu, Muslim or Tribal Act, as the mob has no face. We were forced to bring this law after the BJP came to power at the Center and created an environment that destroyed the social fabric of the country.

Ranchi: Jharkhand Chief Minister Hemant Soren on Monday launched a scathing attack on the Bharatiya Janata Party, saying the state government should be anti-mob lynching after the ‘Ravana’ party came to power at the Centre. Law had to be brought, which is tearing the social fabric of the country.

The BJP, on the other hand, insisted that his party was trying to bring ‘Ram Rajya’ in the country and alleged that Soren was leading a corrupt government and that the ‘constitutional anti-mob lynching’ law was passed in haste in the assembly.

The BJP alleged that the law was the culmination of the ruling party’s policy of appeasement.

Referring to the passage of the Mob Violence and Mob Lynching Prevention Bill, 2021 in the recently concluded winter session of the state assembly, the chief minister said it would prevent anti-social elements from taking the law into their own hands.

Soren said that the Center should bring such a law to protect the citizens of the country.

The Jharkhand Mukti Mocha (JMM) working president also alleged that the Centre’s decision to raise the age of marriage for girls to 21 years was politically motivated and wondered whether the voting age would also be raised to 21 years. .

Talking to reporters before the completion of two years of the government on December 29, he alleged, “BJP wants to make the country a Hindu Rashtra. The Anti Mob Lynching Act is not a Hindu, Muslim or Tribal Act, as the mob has no face. We were forced to bring this law after BJP came to power at the Center which is like ‘Ravan’ and (by him) creating an environment that destroys the social fabric of the country.’

Reacting to Soren’s statement, Jharkhand BJP state president and MP Deepak Prakash said, “BJP is trying to bring Ram Rajya, while Soren is leading a corrupt government. The law against mob violence is unconstitutional which was passed without discussion or debate. This is the culmination of the appeasement policy of the Soren government. Neither do we support mob violence nor has it been a tradition in Jharkhand.

On BJP’s claim that his government was appeasing one community, Soren said, “I saw in a report that people were taking oath to make India a Hindu Rashtra. What is this? We have made kaun masjid di namaz to read (did we build any masjid to offer namaz) they (BJP) are misleading people.

On the recent controversy surrounding the Jharkhand Public Service Commission (JPSC), Soren said that the BJP is making a hue and cry as 3000 out of 4000 selected candidates belong to the reserved categories.

It is worth noting that the winter session of the Jharkhand Legislative Assembly, which lasted from 16 to 22 December, was tumultuous. During this, the BJP kept demanding a CBI inquiry alleging alleged irregularities in the state civil service examination.

Soren alleged that those who are of “Manuwadi mindset” are not able to accept the success of candidates belonging to Scheduled Castes, Scheduled Tribes and Other Backward Classes.

Rejecting the allegations of corruption, he said that the examination was conducted by JPSC without government interference. The Chief Minister alleged that under the BJP rule, the recruitment of Deputy Superintendents of Police was done without examination, for which the CBI investigation is going on.

On the question of constitutional posts lying vacant, Soren said that legal advice is being taken to fill these posts.

Asked about the protests by some JMM members against some industry houses in the state, Soren said that these protests should not be linked to the state government and the protest was against the attempt by some companies to move their headquarters to other states. Whose main production area is Jharkhand.

It is known that on December 21, the Jharkhand Assembly passed the Mob Violence and Mob Lynching Bill, 2021 to strictly deal with the cases of mob lynching. Under which, for those found guilty of mob violence, there is a provision of punishment ranging from three years to life imprisonment, besides fine and attachment of properties.