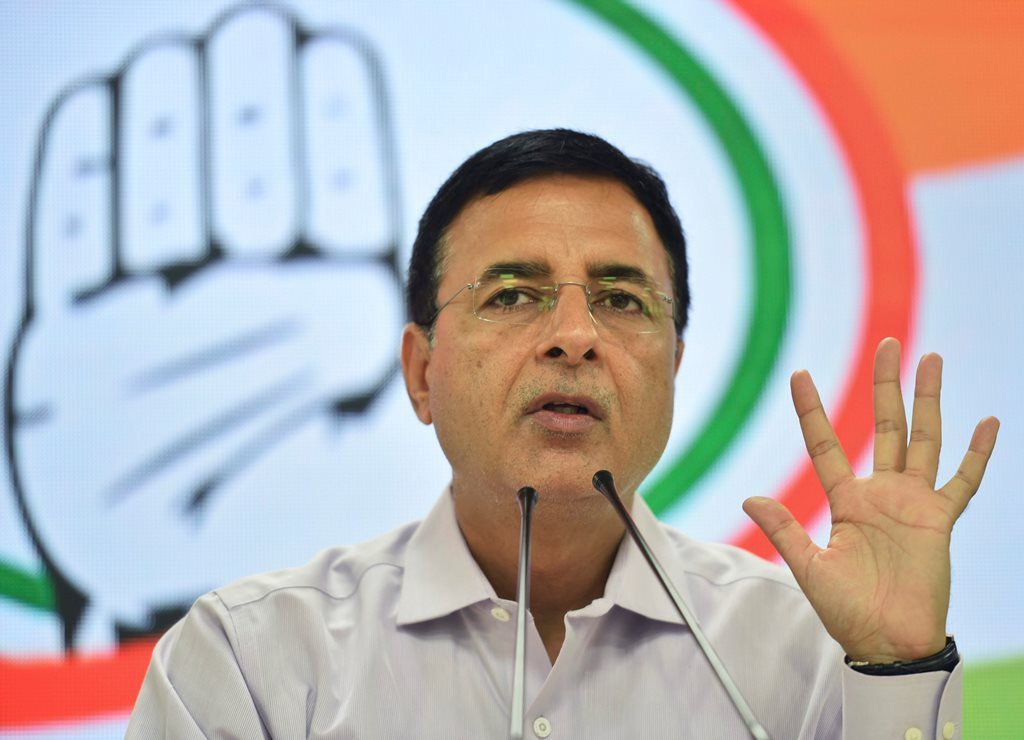 New Delhi: The Congress on Friday questioned Prime Minister Narendra Modi’s “silence” on reports that China will name 15 places in Arunachal Pradesh in its own language and call the state South Tibet.

Referring to the news about this move of China, former Congress President Rahul Gandhi said on Twitter, “Just a few days ago we were remembering India’s glorious victory in the 1971 war. For the security and victory of the country, understanding and strong decisions are needed. Hollow rhetoric does not lead to victory.

Just a few days back we were remembering India’s glorious victory in 1971.

For the security and victory of the country, wise and strong decisions are needed.

Hollow words do not win! pic.twitter.com/U2KMcujVry

Surjewala said on Twitter, ‘At the end of the year, China is a threat to our territorial integrity and sovereignty. China has already encroached upon and occupied the Depsang Plains and Gogra Hot Springs in eastern Ladakh. China has established a village in Arunachal. ‘Mr 56’ refused to say a word. Weak government, silent PM.

China has set up a village in Arunanchal.

The ’56-inch chest’ taunt is used in reference to Modi’s claim during the 2014 parliamentary election campaign that he would pursue a strong policy on national security.

Vallabh asked, “Will our response be limited to banning Chinese apps when India-China trade has crossed the $100 billion mark.”

He said that the government should give a strong response to the Chinese steps and assured the support of Congress in every such step.

China has announced names of Chinese characters, Tibetan and Roman alphabets for 15 more places in India’s northeastern state of Arunachal Pradesh, according to the news of the Chinese state newspaper ‘Global Times’. China claims Arunachal Pradesh to be south of Tibet.

India had on December 30 categorically rejected China’s move to rename 15 places in Arunachal Pradesh and asserted that the state has always been and will always be an integral part of India because of “fabricated” names. This fact will not change.

Significantly, this latest action by China has been taken against the backdrop of the ongoing standoff between the two countries on the Line of Actual Control (LAC) in eastern Ladakh in May 2020. In June 2020, more than a dozen Indian and Chinese soldiers were killed in a violent clash in the Galwan Valley.

During the skirmish on 15 June 2020 in the Galwan Valley of Ladakh, 20 Indian Army personnel were martyred. Later China also admitted that five of its military officers and soldiers had died in this incident. This was the most violent clash on the India-China border in nearly 45 years.

Since then there have been several diplomatic and military level talks. At some points of the dispute, both sides have reduced troops in an effort to defuse tensions, yet at other points of the standoff in eastern Ladakh, Indian and Chinese troops continue to face each other.

Meanwhile, Indian Army officials and satellite images have confirmed that Chinese forces have increased their strength in the areas along the Arunachal border.

Chris Biggers, a geospatial intelligence expert, told India Cable, “Our surveillance shows that there is a PLA (ground force) presence in Gyantse and other units have been deployed near the Gamba.” Hawkeye 360 ​​began detecting radio frequency activity in the Gamba in August 2020, when we first discovered a new deployment to the east of the area’s field garrison.’