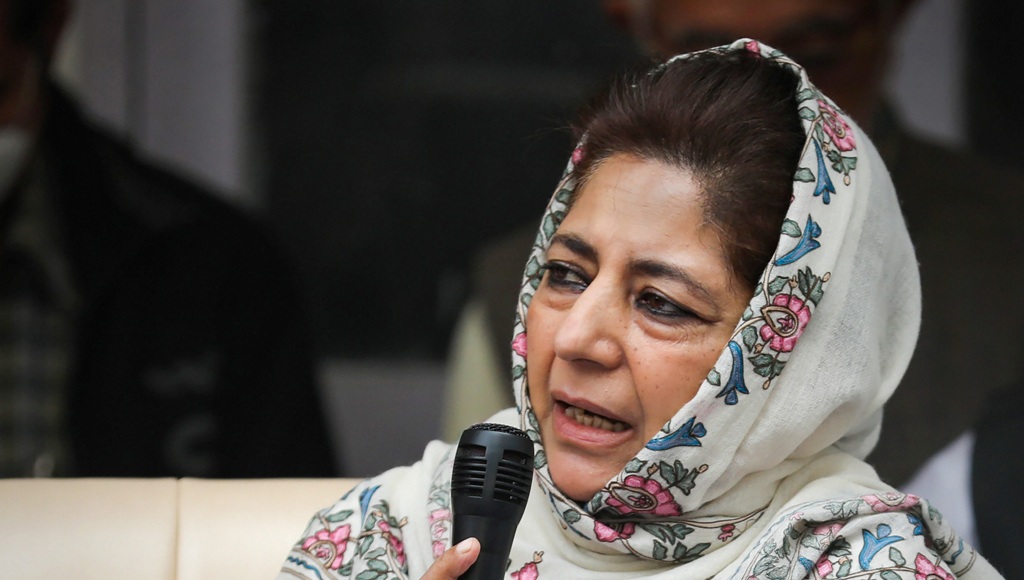 Peoples Democratic Party president Mehbooba Mufti has said that it appears that the COVID-19 norms apply only to her party and not to the BJP whose workers have accused Prime Minister Narendra Modi of security breaches during his visit to Punjab. Protest was held in Srinagar in protest.

Srinagar: The Jammu and Kashmir Police has registered an FIR against 10 party leaders, including a former minister, for violating COVID-19 norms on the occasion of the sixth death anniversary of Peoples Democratic Party (PDP) founder and former Chief Minister Mufti Mohammad Sayeed.

Mehbooba Mufti, daughter of Mufti Mohammad Sayeed and PDP president, has accused the Jammu and Kashmir police and administration of being biased against her party.

Mufti has said that it appears that the COVID-19 norms apply only to his party and not to the BJP whose workers staged a protest in Srinagar against the alleged lapse in security during Prime Minister Narendra Modi’s visit to Punjab. did.

Covid 19 restrictions apply only to PDP. Not to BJP’s protest in Kashmir yesterday, PMs rally in Punjab or the mass poojas attended by hundreds of people to pray for his safety. Talks volumes about J&K admin’s brazen bias against my party. https://t.co/AnvL0riCMD

Mufti tweeted, “COVID-19 restrictions apply only to PDP and not to BJP who protested in Kashmir on Friday. In Punjab, these restrictions also do not apply to the rally of the Prime Minister or mass worship by hundreds of people for his safety. The Jammu and Kashmir administration has a prejudice against my party.

The PDP also shared a video on Twitter, which shows the Anantnag Deputy Commissioner dancing without a face mask on New Year’s Eve. During this, other people present in the program are also seen without masks.

Here DC Anantnag dancing on New Years eve without a mask where crowd ran into thousands but when it comes to PDP, COVID-19🦠😷 suddenly resurfaces and turns political. pic.twitter.com/g69NCYSfcD

The party said, “Here, Anantnag Deputy Commissioner dances without masks on New Year’s Eve, where the crowd is in thousands, but when it comes to PDP, COVID-19 suddenly re-emerges and political It happens.’

A case has been registered against PDP leaders for not following the rules and spreading the infection carelessly on the instructions of Tehsildar of Bijbehara in Anantnag district of South Kashmir.

Let us inform that on January 8, Mehbooba Mufti had organized a condolence meeting inside the Dara Shikoh Garden of Bijbehara, where her father’s grave is located. Initially, Mufti and his supporters were prevented from reaching here, but they were allowed to leave after protesting against the police and the government.

Soon after, the Tehsildar (who is also the executive magistrate) wrote a letter to the police asking them to file charges against 10 PDP leaders including former Home Minister Abdul Rehman Bhat (Veri), Mufti’s uncle Sartaj Madani and youth leader Najm-us-Saqib for COVID-19. Directed to register a case for violating the rules.

Tehsildar’s letter to the SHO of Bijbehara said, ‘It is informed that these people of PDP organized a meeting at the grave of former Chief Minister of the state, Mufti Mohammad Sayeed, which was in complete violation of the COVID-19 rules. Is. Due to this behavior, COVID-19 and other related infections can spread, therefore you are directed to immediately register a case against these people under the relevant sections.