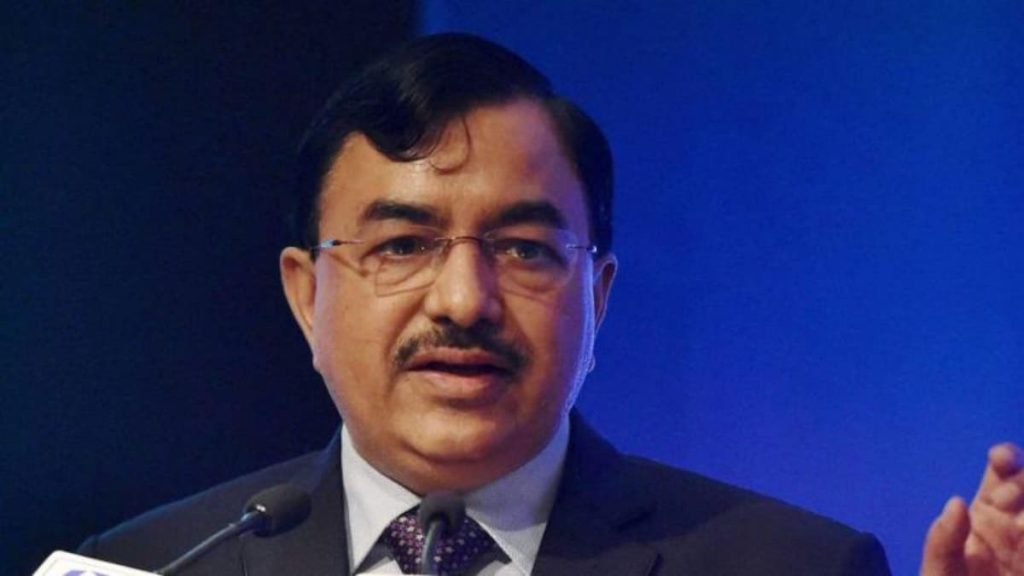 Chief Election Commissioner Sushil Chandra’s statement assumes significance in view of the recent request of a judge of Allahabad High Court, in which he asked to consider postponing the Uttar Pradesh assembly elections for some time in view of the increasing cases of corona virus. Was.

New Delhi: Chief Election Commissioner Sushil Chandra said on Thursday that all the political parties of Uttar Pradesh want to conduct the upcoming assembly elections in the state on time.

The Chief Election Commissioner told in the press conference that in the meeting with him recently, all the political parties have told him that elections should be held on time following the COVID-19 protocol in the state.

This statement assumes importance in view of the recent request of a judge of Allahabad High Court, in which he had asked to consider postponing the state assembly elections for some time in view of the increasing cases of corona virus.

A team of the Election Commission led by the Chief Election Commissioner is on a three-day visit to Lucknow and has held separate meetings with various political parties as well as various election officials in connection with the assembly elections to be held early next year. .

Chandra said that some political parties expressed concern over the election rallies being held without following the COVID-19 protocol and demanded to control the number of rallies.

Apart from this, some parties also complained about the biased attitude of some people in the administration and the police, he said. He said representatives of various political parties have also expressed concern over hate speeches and ‘paid news’.

The Chief Election Commissioner said that the Commission is aware of the issues raised by the representatives of various political parties and is ready to make the voting process more smooth, smooth, simple and temptation free.

He said that on January 5, the electoral roll would be finally published. He said that till the last day of filing of nominations, voters will be able to file their claims and objections.

He said that till now the number of voters in the state is more than 15 crore two lakh and till the last publication the actual figures of voters will be clear.

The Chief Election Commissioner informed that during the special revision-2022 so far 52.80 lakh new voters have been included in the electoral roll, which is a record in itself. He said that there are about 23.92 lakh male voters and 28.86 lakh female voters.

He said that among these new voters, about 19.89 lakh voters in the age group of 18 to 19 years are included, which is three times more than the last time.

He said that for the first time by the commission, alternative facility of postal vote would be made available to senior citizens above 80 years of age, differently-abled voters and voters affected by COVID-19 by sitting at home.

He said that if he wants to come to the polling station and cast his vote, then he is welcome, but if he is not able to come, the commission will reach his doorstep.

He said that the list of all such voters would be given to the political parties and the videography team would go to their homes. He said that during this time the secrecy of voting should not be disturbed, it will be taken care of.

Chandra said that keeping in view the COVID-19 protocol in the state, the number of voters per booth has been reduced from 1500 to 1250.

He said that by doing this the number of polling booths has increased by 11,000 and now it has increased to 1,74,351 in total. Apart from this, the polling time will also be extended by one hour in other districts except the Naxal-affected areas, he said.

The Chief Election Commissioner said that this time it will be necessary to have complete vaccination of all the officers to be deployed for election duty and orders have been issued to give the status of frontline personnel to the officers related to the elections.

He said, ‘Those who are eligible, provision has also been made for booster doses. Every polling booth will function under the COVID-19 protocol. Health nodal officers have also been nominated at the state, district and assembly levels. These officers will be responsible for the arrangement of sanitization at every booth and disposal of the waste of masks etc.’.

Chandra told that this time more and more women have been made voters. He told that in the last assembly elections held in the year 2017, the sex ratio was 839 females per 1000 males which has now increased to 868.

He said that in the coming elections, at least 800 polling stations in the state would be such where all the employees and security personnel would be women only.

He said that all the officers associated with the election process, who are posted at any place for more than three years, will be transferred and the certificate will be sent by the Chief Secretary and the Director General of Police to the commission after December 31.

He said that so far more than 5000 policemen have already been transferred and the few who are left will also be transferred soon.

Chandra said that a mobile application named ‘cVIGIL’ (cVIGIL) has been released to prevent any malpractices in voting.

He said that if there is any irregularity or immoral work being done in the elections, then the related picture information or both will have to be uploaded and prompt action will be taken on it.

The Chief Election Commissioner said that the officers related to other states and international borders adjoining Uttar Pradesh have been instructed to hold a meeting with the equivalent officers of other states to ensure that elements creating disturbances in elections do not enter Uttar Pradesh. May be

He said that all border posts would be monitored round the clock with the help of CCTV cameras and a detailed plan for strong border checks would be prepared to check unethical activities.

He said that about 10 Adarsh ​​polling booths would be set up in each assembly constituency.

He said that keeping in mind the transparency, out of 1,74,351 polling places, at least one lakh polling places will be webcasting.

He said that this time also VVPAT machines will be installed in all the polling booths along with electronic voting machines and as per the directions of the Supreme Court, the VVPAT slips of at least five polling stations in each assembly constituency will be matched with the EVM count.