Vaccination campaign for adolescents in the age group of 15 years to 18 years will start from January 3: Modi 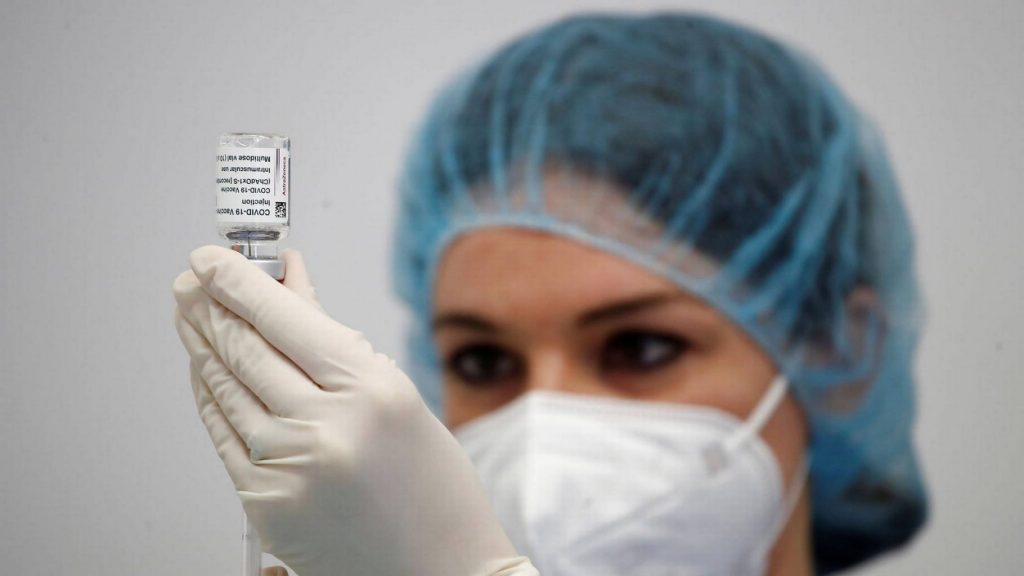 Although he did not mention the ‘booster dose’, he named it ‘precaution dose’ (precautionary dose).

The Prime Minister said that the nasal vaccine and the world’s first DNA-based vaccine against COVID will also start in India soon.

The Prime Minister made these announcements in his address to the nation. In the midst of preparations for the arrival of Christmas and New Year, Modi urged the countrymen to avoid any kind of rumors and be alert to the new form of Corona, Omicron.

The Prime Minister underlined that he is sharing important decisions with the people of the country on the occasion of Christmas. He said, ‘The children who are between the age of 15 years to 18 years, now vaccination will start in the country for them. It will be started on January 3 in the year 2022.

He said that this decision will not only strengthen the country’s fight against the corona virus, it will also reduce the worries of children going to schools and colleges and their parents.

The Prime Minister said, ‘We all have experienced that corona warriors, healthcare and frontline workers have made a huge contribution in keeping the country safe in this fight. He still spends a lot of his time in the service of corona virus patients.

Therefore, as a precaution, the government has decided that health workers and frontline workers will be given a ‘precautionary dose’ from January 10, Modi said.

He said that remembering the contribution of health workers and frontline workers in the fight against Corona, the Prime Minister said that they played a big role in keeping the country safe.

Simultaneously, Prime Minister Modi announced, ‘For citizens above 60 years of age with other serious diseases, the option of precaution doses of the vaccine on the advice of their doctor will also be available to them. This too will be available from January 10.

He told that India’s fight against Corona has been based on scientific principles, scientific advice and scientific method from the beginning and all these decisions have also been taken keeping in view the experiences of the scientists so far.

The Prime Minister said that according to its situation and situation, India has taken vaccination related and other decisions only on the suggestion of the scientists of India.

Referring to Omicron, he said that its discussion is going on in full swing and its experience in the world is also different and estimates are also different.

He said that the scientists of India are also keeping a close watch on this and are working on it.

Significantly, so far more than 400 cases of Omicron form of corona virus have been reported in India, out of which 115 people have become healthy or have left the country.

Referring to the increasing cases of Omicron, the Prime Minister said, ‘I would urge all of you not to create an atmosphere of fear. Yes, be careful and careful. Remember these things to wash the mask and hands after a while.

Modi said that today India has crossed the “unprecedented and very difficult target” of 141 crore vaccine doses during the country’s ongoing immunization campaign for the last 11 months and more than 61 per cent of India’s adult population has received vaccines. About 90 percent of both the dose and the adult population have been given a single dose.

He said, ‘The countrymen are also feeling its benefits. Their everyday life is returning to normal and economic activities have also been encouraging compared to many countries of the world.

He said, ‘But we all know that Corona is not gone yet. In such a situation, vigilance is very important.

During his address, the Prime Minister also mentioned in detail the health infrastructure created across the country during the last one year and said that today the country has 18 lakh isolation beds, five lakh oxygen facilities, 1.4 lakh ICU beds and 90,000 special beds. The beds are for children.

He said that today there are more than three thousand working PSA oxygen plants and four lakh oxygen cylinders in the country. He said that necessary facilities for investigation are also being provided to the states.

Meanwhile, officials said that the Drug Controller General of India (DCGI) has approved Bharat Biotech’s anti-Covid-19 vaccine Covaccine for emergency use for adolescents above 12 years of age with certain conditions.

It is the second vaccine to receive regulatory approval for use among children and adolescents under 18 years of age, after Zydus Cadila, the non-needle anti-Covid-19 vaccine, Zycov-D.

Congress leader Rahul Gandhi said on Sunday that the central government has “accepted my suggestion” to give a booster dose of the vaccine to prevent corona virus infection. Gandhi also said that the vaccine shield and booster dose should be made available to every citizen of the country.

The Congress leader tweeted, ‘The central government has accepted my suggestion of a booster dose, this is the right step. Vaccine shield and booster dose should be made available to all citizens of the country.

The former Congress president also tagged his December 22 tweet, in which he said that a large part of the country’s population was still not vaccinated, as well as questioned when the government would introduce booster doses. .

Srinagar: National Conference vice-president Omar Abdullah said on Saturday that the central government should ensure adequate supply of booster doses of anti-Covid-19 vaccines across the country.

Abdullah’s remarks came after Prime Minister Narendra Modi’s announcement that ‘precautionary diet’ would start from January 10 for healthcare and frontline workers in the country.

Abdullah tweeted, ‘Vaccine for children in the age group of 15-18 will start from January 3, 2022 and for frontline workers and persons above 60 years of age with other diseases, from January 10, booster or precautionary dose. will be given. This decision has not come quickly.

He said that after the announcement, now the government only has to ensure adequate supply of vaccines.

breaking news breaking news in hindi headlines in hindi Hindi news india news latest news in hindi live news news in hindi not news The Wire the wire in hindi thewire no
Share. Facebook Twitter Pinterest LinkedIn Tumblr Email
Previous ArticleRanjan Gogoi’s book ‘Justice for the Judge’ is proof of the injustices done by him
Next Article Samantha Ruth Prabhu’s Yashoda’s first schedule is over, shooting was going on in Hyderabad

A research was done on mental health in Britain’s University of East Anglia. In this…

WCL Recruitment 2023: Applicants for these posts will be selected through written examination. Candidates can…

Shoaib Akhtar had to walk away from his biopic in the past. They tried hard…