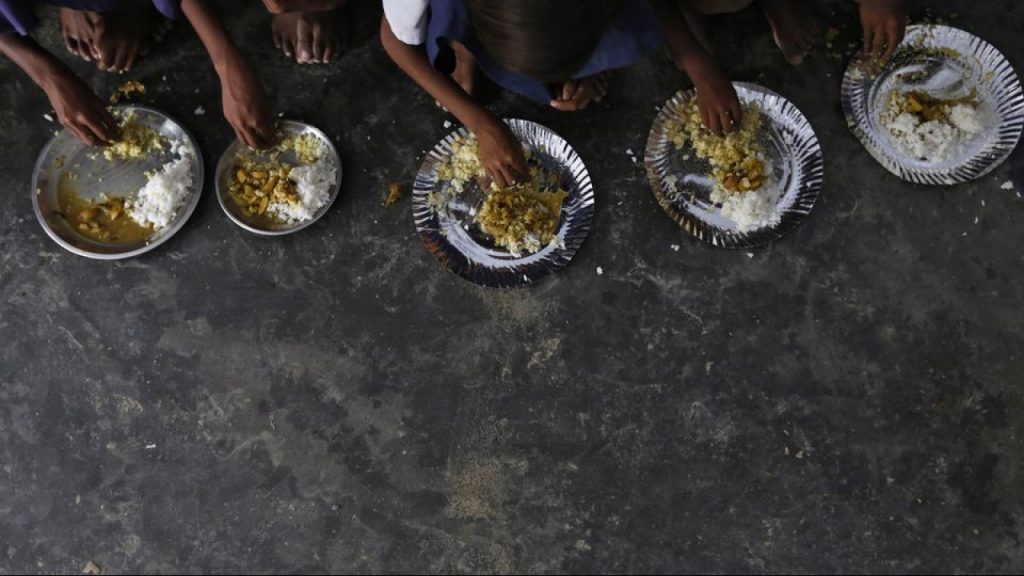 Dehradun: A Dalit community woman, who cooks mid-day meal at a government secondary school in Uttarakhand’s Champawat district, was fired from her job after alleged upper caste students refused to eat the food cooked by her.

This incident is from a school in Sukhidhang in Champawat district. Earlier this month, a day after being appointed as ‘Bhojan Mata’, students stopped eating the food prepared by the woman because of her caste and started bringing their own food from home.

It is said that 40 out of 66 students of the school refused to eat food prepared by a woman belonging to the Dalit community.

The parents of the students had also objected to the appointment of a Dalit community woman as ‘Bhojan Mata’ as an ‘upper’ caste woman had also given a job interview.

Champawat’s chief education officer RC Purohit said the woman’s appointment was canceled as it was found that norms were not followed in the appointment.

Purohit said, “The higher authorities had not approved the appointment of the woman. Still they were given work. He said that temporary arrangements have been made for another cook in place of the woman.

According to Hindustan Times, 32-year-old Sunita Devi, who was fired from her job as a cook, has filed a complaint of harassment with the district authorities and the police on Thursday.

Sunita Devi said that she has demanded action against the parents of the students who refused to eat the food cooked by her.

He said, ‘I have submitted my complaint to the local administration and the police about my harassment by the parents of upper caste students. I feel hurt and humiliated for refusing to eat the mid-day meal cooked by me.

Principal Prem Singh said that Sunita Devi was appointed as the cook or Bhojanmata of Sukhidhang Government Inter College (GIC) on December 13. But a day later, out of about 66 students of classes 6 to 8, 40 upper caste students stopped eating and started bringing tiffins from home.

According to the report, the parents of the alleged upper caste children supported the boycott and alleged that Sunita Devi was chosen as a cook by ignoring a more deserving candidate, Pushpa Bhatt, who is a Brahmin. On Wednesday, he welcomed the removal of Devi and said the issue has been resolved.

After being fired, Devi reached the tehsil office in Tanakpur and the police outpost at Chalethi and submitted a complaint of harassment by the parents of the alleged upper caste students. She demanded action against the parents who allegedly instigated their children to boycott the food prepared by the Dalit woman.

Pinky Arya, the acting Tehsildar of Purnagiri tehsil in Tanakpur, said that since she was on VIP duty, her office must have received the complaint. “I will look into the complaint tomorrow and take appropriate action in the matter,” she said.

The parents of the children, who refused to eat the food prepared by the goddess, denied their allegation.

Narendra Joshi, president of the Parent Teacher Association, said, ‘The parents have not done any act of harassment as Bhojanmata is claiming. We oppose the faulty process of appointment of Bhojanmata which was proved in the inquiry of education officers.

breaking news breaking news in hindi headlines in hindi Hindi news india news latest news in hindi live news news in hindi not news The Wire the wire in hindi thewire no
Share. Facebook Twitter Pinterest LinkedIn Tumblr Email
Previous ArticleRanveer Singh’s film 83 can do business of so many crores at the box office on the first day, advance booking is less
Next Article In the year 2023, there will be a big bang at the box office, Akshay Kumar-Tiger Shroff pair will entertain the audience with this film