UP: Transfer of Dalit land in Ayodhya to trust illegal – Revenue Court 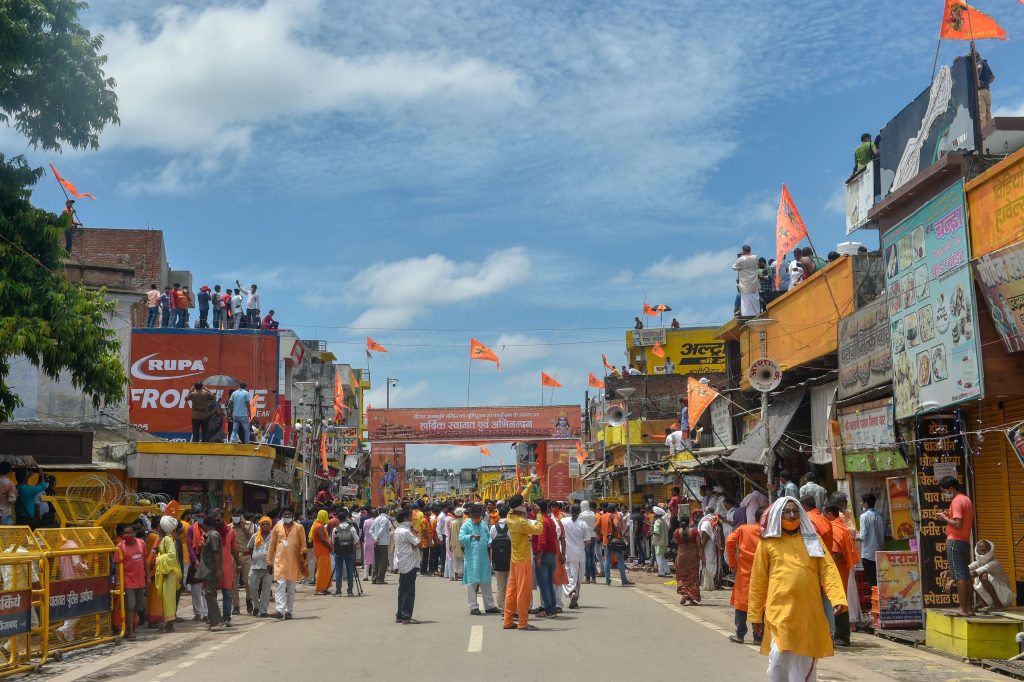 The revenue court of Ayodhya has handed over the said land to the state government in 1996, terming the process of transfer of Dalit land to Maharishi Ramayana Vidyapeeth Trust illegal.

According to the Indian Express report, the court has now handed over the ownership of the land to the state government, freeing it from all orders.

However, the court has not recommended any action against the trust as there was no forgery in it.

The ARO court’s decision came five days after this newspaper published reports on land purchases by local MLAs, close relatives of bureaucrats and relatives of revenue officials in Ayodhya.

After this, Chief Minister Yogi Adityanath ordered an inquiry after the opposition alleged ‘loot of land’. Recently its investigation report has been submitted.

In the midst of these land deals, questions of conflict of interest arose on the one hand. Some of the buyers of these deals were close to the authorities probing alleged irregularities in the transfer of land by Dalit residents to the MRVT.

To evade land laws prohibiting the acquisition of agricultural land by non-Dalits from Dalits, the MRVT in 1992 worked with a trust named Ronghai to buy blocks of land from about a dozen Dalit villagers in Barhata Manjha village. Dalit man was used.

When contacted by this newspaper, Assistant Record Officer Bhan Singh said, ‘I have rejected the survey given by the Naib-Tehsildar in 1996 as it was illegal. I have sent it to SDM for further action. I am also recommending action against the then survey-naib-tehsildar (Krishna Kumar Singh, now retired).’

Bhan Singh also told that no action has been taken against any person as no forgery was found in it.

The ARO order dated December 27, 2021 recommends action under section 166/167 of the Zamindari Abolition Act, 1950. Section 166 will make the transfer of land to MRVT invalid, whereas, due to section 167, the said land will become government free of all kinds of orders. Ayodhya SDM Prashant Kumar declined to comment when contacted.

what was the matter

Between 1992 and 1996, the Maharishi Ramayana Vidyapeeth Trust had purchased land on a large scale in Barhata Majha village and surrounding areas. Out of these, 21 bighas of land was such that the land law was not followed to buy it from Dalits.

According to the Uttar Pradesh Land Revenue Code, no non-Dalit Nina can buy land from a Dalit with the permission of the District Magistrate, but the trust bought the land in the name of one of its employees, Ronghai. On August 22, 1996, the same Ronghai donated the entire 52,000 square meters of land to the trust on a stamp paper of ten rupees. In this way neither the nature of the land was changed nor the revenue stamp was paid.

The alleged illegality of this land transfer came to the notice of the district administration in September 2019, when the MRVT started selling blocks of Dalit land. Then one of the Dalits who sold land to the trust complained to the Uttar Pradesh Board of Revenue that their land had been “illegally transferred”.

On his complaint, an inquiry committee of Faizabad Additional Commissioner Shiv Pujan and then Additional District Magistrate Gore Lal Shukla was formed.

Records show that the report of this committee was approved by the then District Magistrate Anuj Kumar Jha on October 1, 2020, against the MRVT and some government officials through ‘Unregistered Donation Records (Deed)’ (Scheduled Caste Persons). ) action was recommended to ‘illegally transfer’ the land.

It was recommended by Ayodhya Divisional Commissioner MP Agrawal on March 18, 2021 and finally on August 6, 2021 in ARO court for ‘rectification’ order dated August 22, 1996 and a case for ‘refunding the said land’ to the state government. was filed.