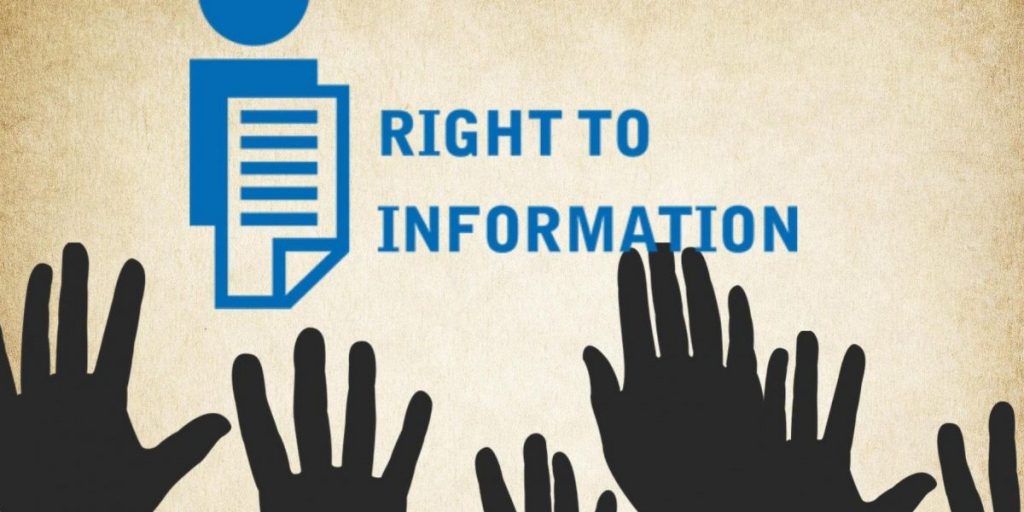 On December 21, farmer and RTI activist Amraram Godara was abducted from Barmer and after being brutally beaten up was thrown near his house in a near-death condition. The increasing attacks on RTI and other human rights activists underscore the need for accountability legislation.

New Delhi: Right to Information (RTI) has long been a tool to expose the corrupt status quo in the country. One such incident happened recently in Rajasthan.

Farmer and RTI activist Amraram Godara was kidnapped from Barmer in a white Scorpio on December 21. He was brutally beaten up and thrown near his house almost to death.

He had suffered many injuries. His hand was broken. His feet were hammered with nails and he was forced to drink urine.

He raised these issues during the special program ‘Prasanshan Gaon Ke Sang Abhiyan’ started by the Rajasthan government at the village level. These issues were raised at a legitimate forum but still Godara was attacked.

Four convicts have been arrested in this case but justice is still far away for Godara. It will take a long time for them to fully recover and take care of their family once.

After the Godara incident, another RTI activist was attacked in Barmer, after which a third person was threatened on WhatsApp for applying for RTI.

FIRs were registered in both these cases but the action taken by the police and administration to prevent such attacks seems to be insufficient.

More than 100 RTI activists and users have lost their lives since 2011 fighting for the right to information. Many people who wanted a less corrupt government and a more ethical society were attacked across the country.

RTI and other activists demanding moral governance are facing dangers, not just because they have exposed corruption in the government but because they are at the forefront of the revolution as they demand transfer of power in participatory democracy, Where everyone is omnipotent.

In this socio-political scenario, it is necessary to protect those who are always ready to speak truth to power. Section 4 of the RTI Act imposes an obligation on the concerned authorities to publicly provide all information related to the functioning of the government and also post it on its website.

When an RTI activist is attacked, the Information Commission should upload all the information sought by that person on its website. Violence can be reduced to some extent if the attackers know that by doing such attacks, information will not be suppressed but will increase further.

The Central Government has not yet notified the Whistleblower Act passed by the Parliament in 2014. Whistleblower safety is a big challenge especially in a country like India.

The RTI Act has turned every RTI user into a potential whistleblower and it is almost impossible to protect each of them or keep them in anonymity for their safety. New methods need to be considered to prevent such targeted attacks.

After these serial attacks in the year 2012, a protocol was started in RTI campaign in Rajasthan, where any kind of attack on RTI activists and any complaint of corruption by anyone will get mandatory response from the state government immediately. done.

As part of this response, it was decided to send a team from the state government to audit the institution where the original RTI and complaint was filed. This exposed cases of corruption on a large scale and helped send the message that any physical assault would lead to more stringent action against the entire institution.

The recent attack on Godara is the result of an order passed on December 27, setting up a three-member committee to probe the matter.

The rising incidents of violence against RTI activists have spurred the demand for an accountability law, which can make government employees accountable for work. For this an independent grievance redressal mechanism including social audit is needed. Through this, activists like Godara, who are fighting alone against corruption in the absence of accountability, will get protection.

This incident has happened within a larger culture of violence where the government is silent on these incidents. This is evidenced by the central government’s silence on the recent Dharma Sansad in Haridwar, where Hindutva leaders publicly called for the massacre of Muslims. Here the government is shying away from performing its constitutional duty within the ambit of the law against those inciting violence.

The social acceptance of this violence created a sense of insensitivity and justification among the common citizens, who are now always ready to use violence.

Such an idea is illogical and has a very heavy social cost. When the role of the government weakens, people take the law into their own hands, but if people do not ignore these incidents, this tendency of violence will not increase.

There is a need to introspect and take prompt action to build a country based on law, non-violence and compassion.

African-American feminist civil rights activist Bell Hook has rightly said, ‘The politics of love is the most powerful antidote to the politics of domination.’

breaking news breaking news in hindi headlines in hindi Hindi news india news latest news in hindi live news news in hindi not news The Wire the wire in hindi thewire no
Share. Facebook Twitter Pinterest LinkedIn Tumblr Email
Previous ArticleAdivi Shesh dubbed the film ‘Major’ ,
Next Article While in the bench, no judge can defend himself, not even from ‘motivated attacks’: CJI

In the matter of repaying the loans of banks, small businessmen seem to be…

India Cricket Overhaul: The BCCI has held a review meeting with captain Rohit Sharma and…