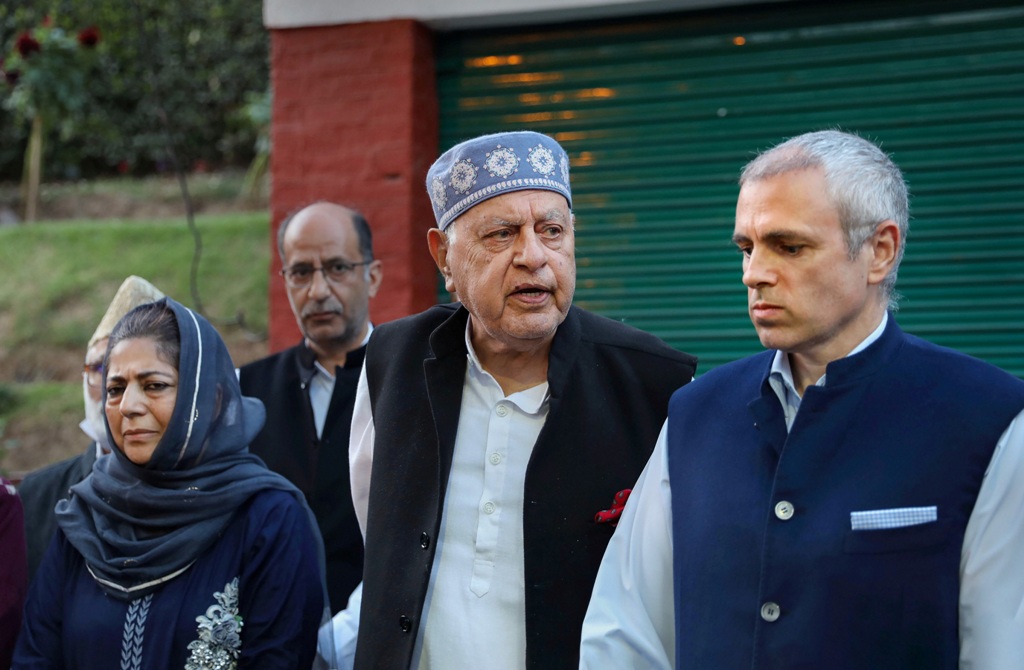 Srinagar/New Delhi: The security of the ‘Special Security Group’ (SSG) being enjoyed by four former chief ministers of Jammu and Kashmir, including Farooq Abdullah and Ghulam Nabi Azad, is likely to be withdrawn as the administration of the Union Territory decided to shut down the elite unit formed in 2000. Is.

Officials gave this information on Thursday.

The SSG is a special security unit in Jammu and Kashmir that was created to protect the chief ministers and former chief ministers in the former state. The SSG will now be entrusted with the responsibility of protecting the working Chief Ministers and their family members.

However, Farooq Abdullah and Azad will continue to get the security cover of the National Security Guard, also known as Black Cat commandos, as they have Z-plus security.

Omar Abdullah and Mehbooba will continue to get Z-plus security in Jammu and Kashmir, but their security is expected to drop outside the Union Territory.

According to the NDTV report, saying that he was not informed about this, Omar Abdullah said, ‘The decision is clearly political and is a reaction to our increased political activities, but none of this will silence us. Timing is important. All the former chief ministers have become more vocal and are targeting the government.

Abdullah said, ‘Nobody considered it necessary to inform us about this.’

Regarding this matter, Mehbooba Mufti said that she was not informed about the withdrawal of security.

The PDP leader said, “I have not been formally informed about it. I cannot say why they are doing this.

He said, ‘You know what kind of situation we are living in. Yesterday (Wednesday) the convoy of Prime Minister Narendra Modi was stopped in Punjab and how was it presented. Here in Kashmir they are taking back our security.

The move comes nearly 19 months after the Center issued the notification ‘Jammu and Kashmir Reorganization (Combination of State Laws) Order, 2020’ on March 31, 2020.

The order amended the Special Protection Group Act of the then Jammu and Kashmir government by removing a clause relating to providing SSG security to former chief ministers and their families.

Officials said the decision was taken by the Security Review Coordination Committee, a group looking into the threat perception to prominent leaders in Jammu and Kashmir.

He said the SSG would be given the right size by “minimizing” the force’s workforce and it would now be headed by an officer not below the rank of a superintendent of police.

However, officials are of the view that reducing the size of the SSG is being reconsidered, as some experts in the police force believe it may hamper the preparedness of the elite force.

Officials said the security cell, along with the district police, would provide security to the leaders on the basis of a threat assessment.

He said that the remaining SSG personnel are likely to be posted in other cells so that the police force can make better use of their training and knowledge. The vehicles and other equipment will be given to the security cell of Jammu and Kashmir Police.