Punjab sacrilege case: Identity of two people who were lynched to death could not be ascertained 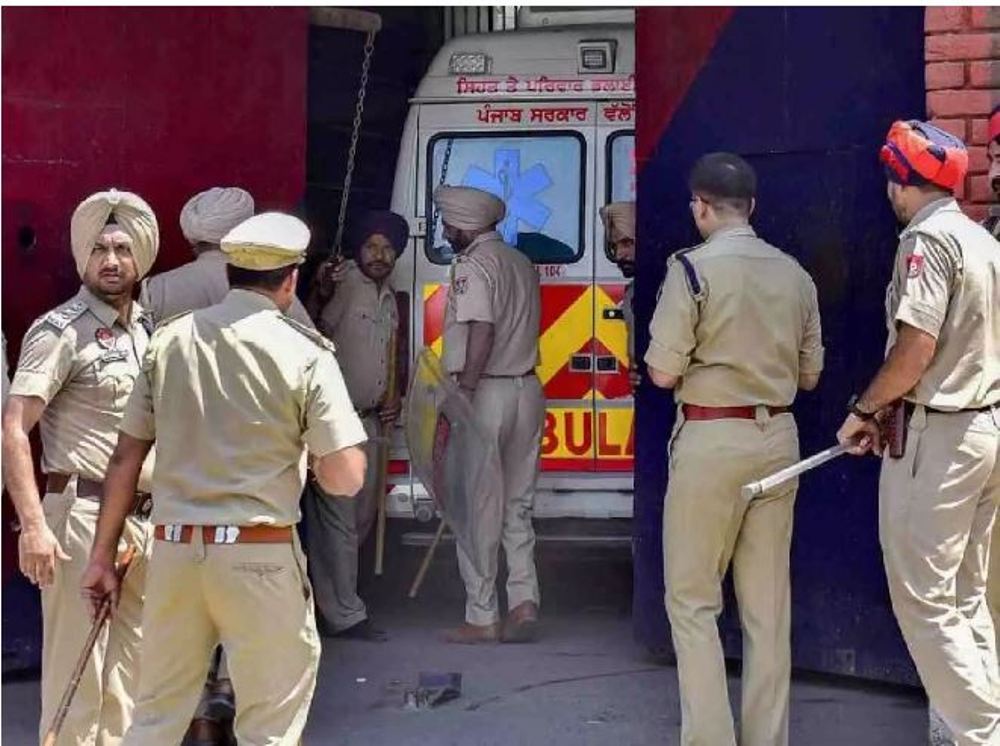 Kapurthala: The man who was lynched for allegedly attempting to desecrate a scripture at a Gurudwara in Nizampur village in Kapurthala, Punjab, has about 30 wounds on his body, most likely from a sword attack. There were reasons. This was revealed in the postmortem report.

This was confirmed by Senior Medical Officer Narinder Singh. He told reporters that a five-member board of doctors from the local civil hospital conducted the postmortem.

Meanwhile, the last rites of the person were performed, as no one came to collect his body. Not only this, the police have not yet registered a case of murder.

Earlier, the police had said that they did not see any sign of sacrilege in the Gurudwara of Nizampur village on the Kapurthala-Subhanpur road.

According to the Indian Express, Dr. Singh said that the postmortem report found sharp and deep cuts on the victim’s neck, head, chest and right hip. He may have died due to a deep cut on his neck.

He said that the board has taken samples of hair, teeth and blood for DNA test apart from the viscera sample for chemical test.

The postmortem report is yet to come in the lynching case of a man over alleged sacrilege in Amritsar’s Golden Temple.

SSP Harkamalpreet Khakh said they were trying their best to identify the victim, but no one came forward to claim the body.

On Thursday, the police handed over the body to the local municipal authorities to perform the last rites. A local NGO, which usually volunteers to take the bodies to the cremation ground, reportedly refused to accept the bodies.

Meanwhile, Punjab’s Chief Minister Charanjit Singh Channi Said that in Kapurthala (murder of person for alleged sacrilege) case there is no evidence that sacrilege was committed. The matter is under investigation. The FIR will be amended.

It is known that on December 18, a man was thrashed to death by an angry mob at the Golden Temple in Amritsar for allegedly attempting sabotage.

Within 24 hours (December 19) of this incident, another person was lynched on the charge of sacrilege in a gurdwara located in Nizampur village of Kapurthala. In this case, the police had denied any sacrilege.

breaking news breaking news in hindi headlines in hindi Hindi news india news latest news in hindi live news news in hindi not news The Wire the wire in hindi thewire no
Share. Facebook Twitter Pinterest LinkedIn Tumblr Email
Previous ArticleRanveer Singh and Deepika Padukone will get a big blow, the film ’83’ leaked online
Next Article For some, social media is an uncontrolled ‘playground’ for their unfettered sentiments: Court

Sania Mirza played the final match of the Australian Open on Friday, which was the…