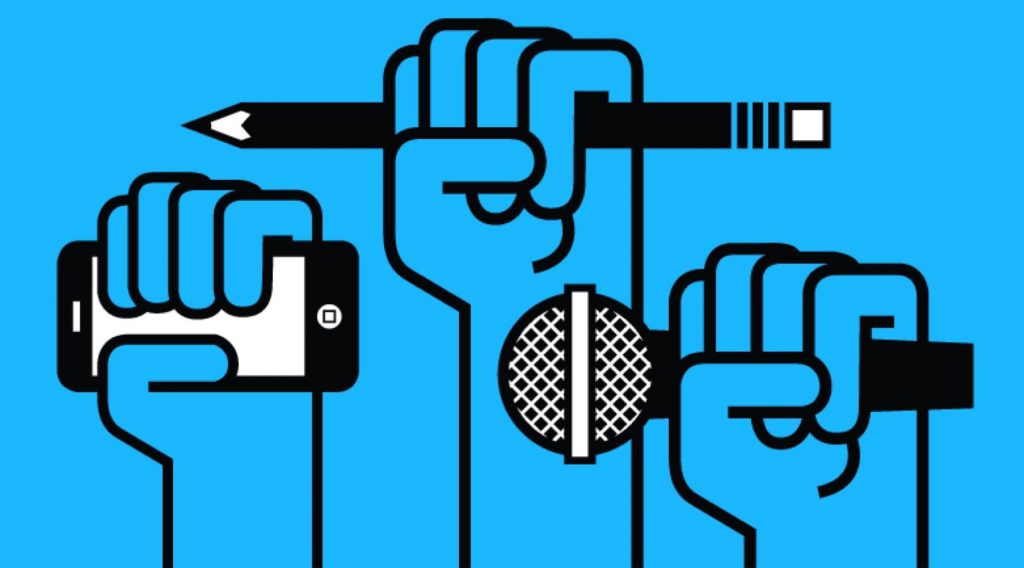 Since the outbreak of COVID-19 last year, a very limited number of journalists, photo journalists, cameramen are being allowed to enter the Parliament premises from print and electronic media during the Parliament session. On the other hand, media persons have protested against the alleged ban on entry in the Karnataka Legislative Assembly.

New Delhi/Belagavi: The Press Club of India (PCI) passed a resolution during an event in the capital Delhi on Wednesday urging the government to lift the restrictions imposed on the entry of media persons in the Parliament premises in view of the COVID-19 threat.

At the same time, employees of various media organizations, especially journalists working in television, demonstrated in front of the campus on Wednesday over the alleged ban by the police administration on the entry of video journalists in the ‘Suvarna Soudha’ (assembly) located in Belagavi in ​​Karnataka.

It is being told that this step has been taken in the backdrop of the introduction of the Anti-Conversion Bill in the Karnataka Legislative Assembly.

Several speakers at the Press Club’s seminar on the topic ’75th Anniversary of Independence and 70th Anniversary of Constitutional Democracy’ in Delhi protested against the media ban in the Press Gallery and the Central Hall of Parliament.

Lok Sabha member NK Premachandran supported the demand for access of media persons inside Parliament, saying, “Depriving them of entry is against the freedom of the press, as media is a part of Parliament.”

People will also be denied the right to access information due to lack of access to Parliament, he said.

In the seminar, former Secretary General of Lok Sabha PDT Acharya also supported free access to the media for coverage of the proceedings of the Parliament.

He said, ‘Media is the main link of communication between Parliament and the people. If it is denied access, the democratic structure suffers. You cannot separate Parliament from the press.

Senior journalist Anant Baigatkar had on December 21 resigned from the post of Secretary of the Media Advisory Committee of the Rajya Sabha in protest against the media’s denial.

The resolution of the Press Club of India states that ‘the unreasonable restriction currently imposed on the entry of media persons in Parliament is not in accordance with the spirit of Article 19(1)(a) of the Constitution’.

It said, ‘Since the Constitution is the supreme law, we appeal to the government to lift the restrictions imposed on media persons.’

It is to be known that on December 2, journalists had protested against the imposition of control on the entry of media persons and cameramen in Parliament. It was alleged that this is a step towards imposing a ‘complete ban’ on covering proceedings from there during the Parliament session in the coming days.

Employees of various media organizations, especially those working in television, protested in front of the campus on Wednesday over the alleged ban by the police administration on the entry of video journalists into the ‘Suvarna Soudha’ (assembly) in Belagavi, Karnataka. Legislature session is going on here.

However, after the intervention of Speaker Vishweshwar Hegde Kageri, the protest was called off within an hour. Kageri clarified that neither his side nor his office has given any direction to stop the media.

He said, ‘I spoke to the Home Minister and the Commissioner of Police (Belagavi). Both of them also clarified that they have not issued any new instructions. There seems to have been some level of confusion.

When media persons told him about the ‘order of the Superintendent of Police’, the Speaker said, ‘If any order has been issued, I will inquire about it and find out its veracity and background. Meanwhile, as the Speaker, I will direct the government and the authorities to allow you to continue your activities as normal. You continue your work.

According to sources, the local police officials had allegedly restricted the entry after instructions from their higher officials.

On December 21, some journalists and video journalists began to push for a reaction from Chief Minister Basavaraj Bommai and the incident angered senior officials and decided to “control” the media in the Suvarna Soudha complex.

Former chief minister and JD(S) leader HD Kumaraswamy said the ban on media entry in the assembly in the backdrop of the government’s introduction of an anti-conversion bill raised doubts.

According to the Indian Express, a day after the anti-conversion bill was introduced in the Karnataka Assembly, media persons were barred from entering Suvarna Soudha on Wednesday ahead of the scheduled debate on the bill.

When the media persons reached the assembly in the morning, the marshals, who did not give any exact reason, said that instructions had come from the Speaker’s office to stop the media persons from entering the House. However, Speaker Vishweshwar Hegde Kageri said that he was not aware of this.

Former Chief Minister HD Kumaraswamy condemned the media restrictions by the BJP-ruled Karnataka government and said it was an attempt to break a leg of the Constitution.

Kumaraswamy further said, ‘The Speaker says that he is not aware of the media ban, but how the message was sent to the media not to attend the assembly, it is the speaker’s office’s mistake.’