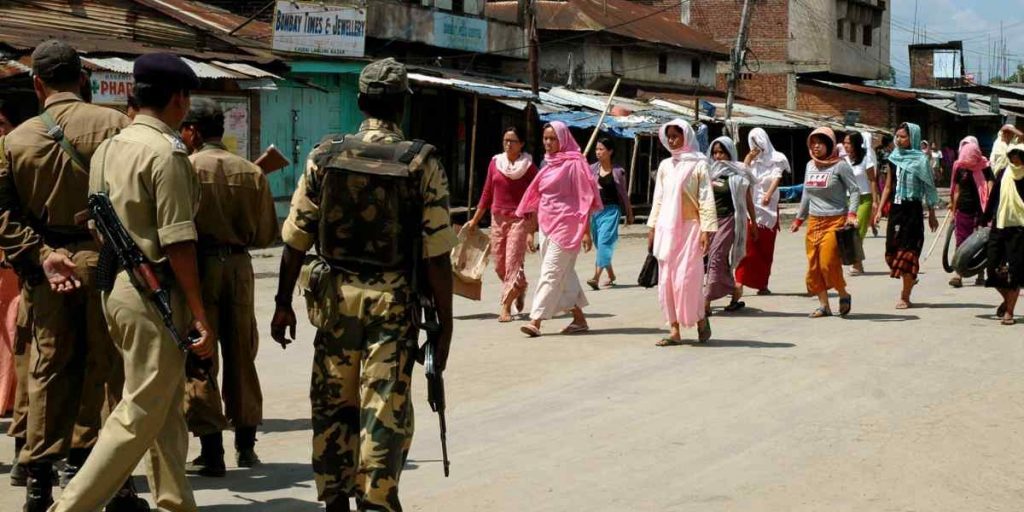 During the hearing of a suo motu case registered for removal of AFSPA from the state, the Manipur Human Rights Commission said that this law gives the armed forces the right to shoot even in the name of maintaining law and order. This is a violation of the right to life guaranteed under the Constitution.

Imphal: The Manipur Human Rights Commission (MHRC) has said that it is no longer necessary to accord ‘disturbed area’ status to Manipur as there has been a significant decline in insurgent activities.

The commission had registered a suo motu case in the year 2020 for the repeal of the Armed Forces (Special Powers) Act (AFSPA) ie AFSPA.

According to the Indian Express, a report was submitted by the Additional DGP of Manipur in this regard, after considering which the Commission made this recommendation on December 29.

The suo motu case was registered in connection with a petition filed by TH Suresh, Chairman, Forensic Study and Placement.

Suresh had demanded the removal of AFSPA, revoking the status of ‘disturbed area’ of the state. He had argued that under the guise of this law, human rights are being grossly violated.

According to the police report, 180 militants belonging to various organizations were arrested between January 1, 2021 and September 22, 2021.

Apart from this, the police said that a total of 142 arms and 2,240 rounds of ammunition were also seized from various militants operating in the state.

The report further mentioned that during the same period one security personnel was injured, two civilians were killed, while one was injured.

Based on the report, the Manipur Human Rights Commission said that the state police can effectively control the activities of extremist organizations under the amended Unlawful Activities (Prevention Act) (UAPA) and other existing criminal laws of the country.

Nevertheless, the Commission suggested that the State Government should seek assistance from the Armed Forces of the Government of India in the event of any assistance being required from the Central Government to stop the activities of insurgent organizations, as specified in the Central List under the Seventh Schedule to the Constitution. provided under entry-2 of the

The Human Rights Commission insisted that Section 4 of the AFSPA empowers the armed forces to use force to maintain law and order and to shoot at anyone. This is a violation of the right to life guaranteed by Article 21 of the Constitution of India.

Apart from this, the commission said that extremism is a ‘political problem’ and there is a political solution to it. Therefore, the state government should find ways to address the insurgency in Manipur.