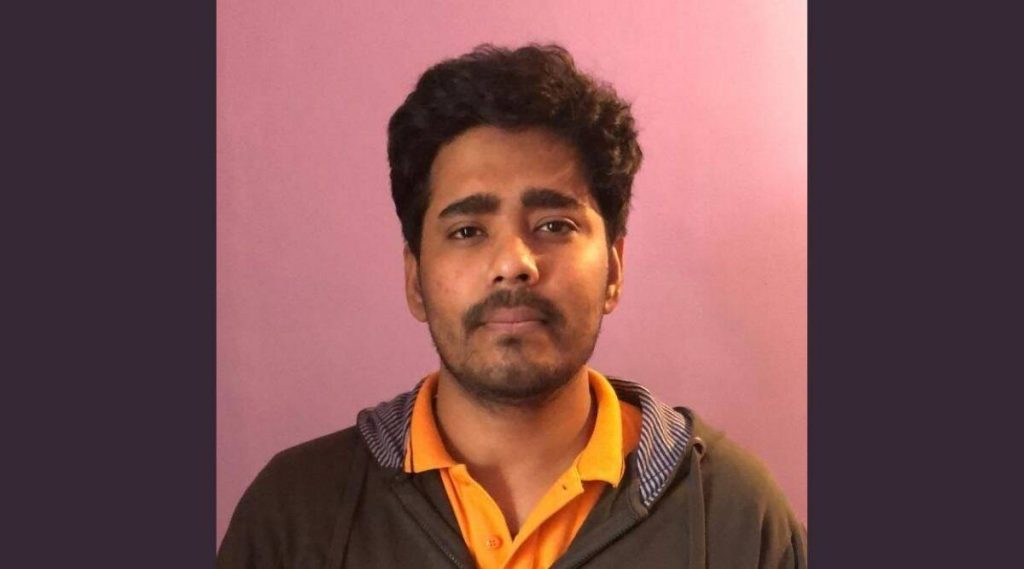 In July last year, some people had uploaded pictures of hundreds of Muslim women for ‘auction’ on an app called ‘Sully Deals’ like ‘Bully Bai’. The father of 26-year-old Omkareshwar Thakur, arrested from Indore in the ‘Sully Deals’ case, said that on the basis of the statement of only one person, the son has been arrested and taken to Delhi. He is being maligned.

New Delhi/Indore: Delhi Police has arrested the man who allegedly created the ‘Sully Deals’ app from Indore in Madhya Pradesh for uploading morphed pictures of Muslim women online for auction.

In July last year, some people uploaded pictures of hundreds of Muslim women for ‘auction’ on an app called Sulli Deals like ‘Bulli Bai’.

Delhi Police said that this is the first arrest in the ‘Sully Deals’ app case. Photos of hundreds of Muslim women were put up for ‘auction’ on mobile applications without their approval.

He told that the accused Omkareshwar Thakur (26 years) has done Bachelor of Computer Application (BCA) from IPS Academy in Indore and is a resident of New York City township.

However, in the meantime, the family has alleged that Omkareshwar has been falsely implicated.

The accused has been arrested by the Intelligence Fusion and Strategic Operations (IFSO) unit of Delhi Police. Earlier, on January 6, the same branch of Delhi Police arrested a 21-year-old engineering student from Jorhat in Assam, Neeraj Bishnoi, in the ‘Bully Bai’ app case related to the auction of Muslim women, whom the police named as the main head of the case. Told conspirators.

In the month of December (2021), morphed photographs of more than 100 Muslim women with objectionable comments were uploaded for auction without their permission on the Bully Bye app.

KPS Malhotra, Deputy Commissioner of Police (DCP), IFSC, regarding the Sulli Deals case, said that during initial interrogation, the accused has confessed that he is a member of a group on Twitter in which views are shared to defame and troll Muslim women. Is.

Actually both the apps were hosted by the US open-source software platform GitHub.

According to the Indian Express report, Malhotra said, ‘During interrogation, Omkareshwar Thakur admitted that he had joined a group (Tradmahasabha) on Twitter in January 2020, which used to defame and troll Muslim women. He then created a code for Sully Deals on GitHub.

Let us tell you that in July 2021, about 50-80 Muslim women were targeted through this app. It was soon taken down by GitHub after several women filed complaints with the Delhi and Noida Police.

These women had alleged that the makers of this app were misusing their pictures and using them for online auction.

Delhi Police did not share arrest details with us: Indore Police

Meanwhile, Indore Police Commissioner Harinarayanchari Mishra told that he came to know about the arrest of Thakur from Indore by Delhi Police in the Sully Deals case only from the media and at the time of arrest, Delhi Police did not share any official information with the local police.

Mishra said that after sharing of official information by Delhi Police in the Sully Deals case, Indore Police will also consider the investigation of this episode at its level.

Meanwhile, the father of 26-year-old IT specialist Omkareshwar Thakur, who was arrested from Indore by Delhi Police for making ‘Sully Deals’ mobile app, on Sunday claimed that his son was being implicated in the case.

After Thakur’s arrest, his father Akhilesh Thakur told reporters in Indore, “I have come to know that on the basis of the statement of only one person, my IT specialist son has been arrested and taken to Delhi. My son is being framed and maligned.

He told that the Delhi Police team has also confiscated his son’s mobile and laptop from his house.

Akhilesh Thakur, working in a private company, told that Omkareshwar had started web designing work from home at a private level after taking BCA degree in 2018.

Akhilesh Thakur said, ‘I am an old-fashioned person. I don’t even know how to operate mobile properly. I don’t know anything about Sully Deals app.

He said, ‘Delhi Police informed me about the arrest of my son on the phone on Sunday morning. During this, the son told me that my family should not take stress.

Akhilesh Thakur told that he is going to Delhi only on Sunday for legal help of his son.

He also told that two Delhi Police personnel in plain uniform came to his house on Saturday afternoon and after identifying his son, took him to Delhi on Saturday evening by plane.

Akhilesh Thakur said, ‘When the Delhi Police took my son into custody, I had gone to Nagda in nearby Ujjain district.’

Indicating the involvement of big players in this matter, Congress Rajya Sabha MP Digvijay Singh said, “These youths are just foot soldiers (small players). Big fish are dissolving poison in their mind and giving them some money for it. Catch a big fish.’

Omkareshwar’s brother Mandleshwar Thakur said, ‘When they came to arrest my brother, my father had gone out. He (brother) also told the police that he was not involved in this and he has been falsely accused. We belong to a good family. My father is working in a private company and both of us also work.

Police said that he has also told that he was using the Twitter account of Shweta Singh, who was arrested by Mumbai Police.

Police claimed that Bishnoi was trying to delay the investigation. He tried to harm himself twice and even threatened to commit suicide.

DCP Malhotra said, “Delhi Police has kept Bishnoi in custody for seven days and he is being questioned for several hours daily. Officials claim that he is cooperating with the investigation and he even threatened to harm himself at one point of time. His medical examination was done and his condition is stable and he has not caused any harm to himself.

Before Bishnoi’s arrest, the police had also arrested three other people in this case. Mumbai Police has so far arrested 19-year-old girl Shweta Singh from Uttarakhand, 21-year-old engineering student Vishal Kumar Jha from Bengaluru and Mayank Rawal, another 21-year-old youth from Uttarakhand in the case.