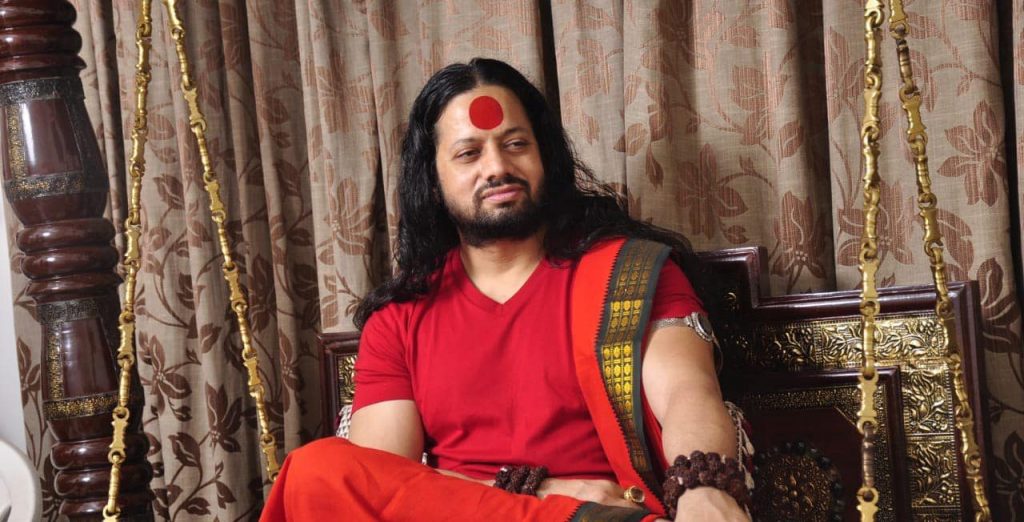 Pune: The Pune Police has registered a case against Hindu religious leader Kalicharan Maharaj, right-wing leader Milind Ekbote and four others for making inflammatory speeches and hurting religious sentiments during an event here.

According to the police, Kalicharan Maharaj, Ekbote, Captain Digendra Kumar (retired) and others attended the event.

Inspector of Police (Crime) Harshvardhan Gade said that Captain Kumar is a Kargil war hero who was awarded the ‘Maha Vir Chakra’ for his brave deeds in the Kargil War.

On Tuesday, section 295 (A) of the Indian Penal Code (IPC) against Kalicharan Maharaj, Ekbote, Captain Kumar and three others (intentional and malicious intent to hurt the religious sentiments of any class) was filed at Khadak police station, officials said. ), 298 (willfully intended to hurt the religious sentiments of any person) and 505(2) (false statement, spread of rumours, etc. at a place of worship with intent to cause enmity, hatred or ill-will) Has been done.

According to the FIR, all the accused had allegedly made provocative speeches with an intention to hurt the religious sentiments of Muslims and Christians and to create communal rift among the people.

A police officer said that they registered the case taking suo motu cognizance after examining the video footage of the incident.

According to Hindustan Times, the other accused registered in the case have been identified as Mohanrao Shete, Deepak Nagpure and Nandkishore Ekbote.

It is to be known that earlier an FIR has also been registered against Kalicharan Maharaj for using derogatory words against Mahatma Gandhi during a program in Chhattisgarh capital Raipur recently. However, Hindu religious leader Kalicharan Maharaj has said that he has no remorse for it.

Kalicharan Maharaj had allegedly made derogatory remarks against the Father of the Nation and praised his assassin Nathuram Godse during his speech on the last day of the two-day Dharma Sansad on December 26 at Ravanabhatha ground in Raipur.

He also asked the people to choose a staunch Hindu leader as the head of the government to protect the religion.

The same, Milind Ekbote is an accused in the 2018 violence in Koregaon-Bhima of Pune district. He was arrested for making provocative speeches before the bicentenary celebrations of the Battle of Bhima-Koregaon.