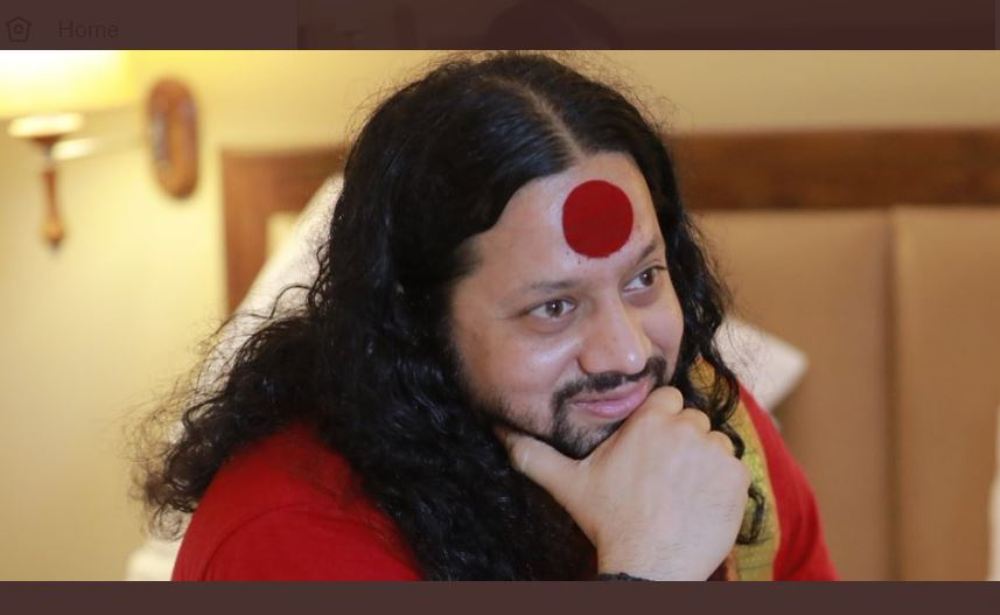 Pune: The Pune Police on Wednesday said that it has taken Hindu religious leader Kalicharan Maharaj into its custody from the Raipur Police. He has been taken into custody in a case related to alleged provocative speeches registered against Kalicharan and five others in Maharashtra.

Officials said Kalicharan is being brought to Pune after a “transit remand” granted by a court in Chhattisgarh’s Raipur, where he will be produced in a court later.

“We have taken Kalicharan into custody from the Chhattisgarh Police and he is being brought to Pune,” an official of the Khadak police station said.

The Pune Police had registered a case against Kalicharan, right-wing leader Milind Ekbote, Captain Digendra Kumar (retd) and others for allegedly making provocative speeches and hurting religious sentiments during an event here.

The ‘Shiv Pratap Din’ program was organized by the Hindu Aghadi organization led by Ekbote on 19 December 2021 in memory of the incident of the killing of Mughal general Afzal Khan by Chhatrapati Shivaji Maharaj.

Later, in the Khadak police station, Kalicharan and others were booked under Indian Penal Code (IPC) sections 295 (a) (intentional and malicious intent to outrage religious feelings of any class), 298 (willfully hurting religious sentiments of any person). of intent) and 505(2) (false statements with intent to cause enmity, hatred or malice, relating to spreading of rumors in a religious place).

According to the FIR, all the accused had allegedly made provocative speeches with an intention to hurt the religious sentiments of Muslims and Christians and to create communal rift among the people.

According to the Indian Express, Captain Digendra Kumar is a hero of the Kargil war, who retired from the army in 2005. He was awarded the Maha Vir Chakra (MVC) in 1999 for his act of bravery during the Kargil War. He was one of the speakers in the program.

The same, Milind Ekbote is an accused in the 2018 violence in Koregaon-Bhima of Pune district. He was arrested for making provocative speeches before the bicentenary celebrations of the Battle of Bhima-Koregaon.

It may be noted that cases have also been registered against Kalicharan in Chhattisgarh and Maharashtra for his alleged derogatory remarks against Mahatma Gandhi during an event in Raipur. Kalicharan was arrested last week by the Chhattisgarh Police from Madhya Pradesh in that case.

After the case was registered against him in Raipur, Kalicharan had justified his comments by releasing a video and said that he has no remorse for it.