I told PM Modi that if 500 farmers died, he said should they die for me- Satya Pal Malik 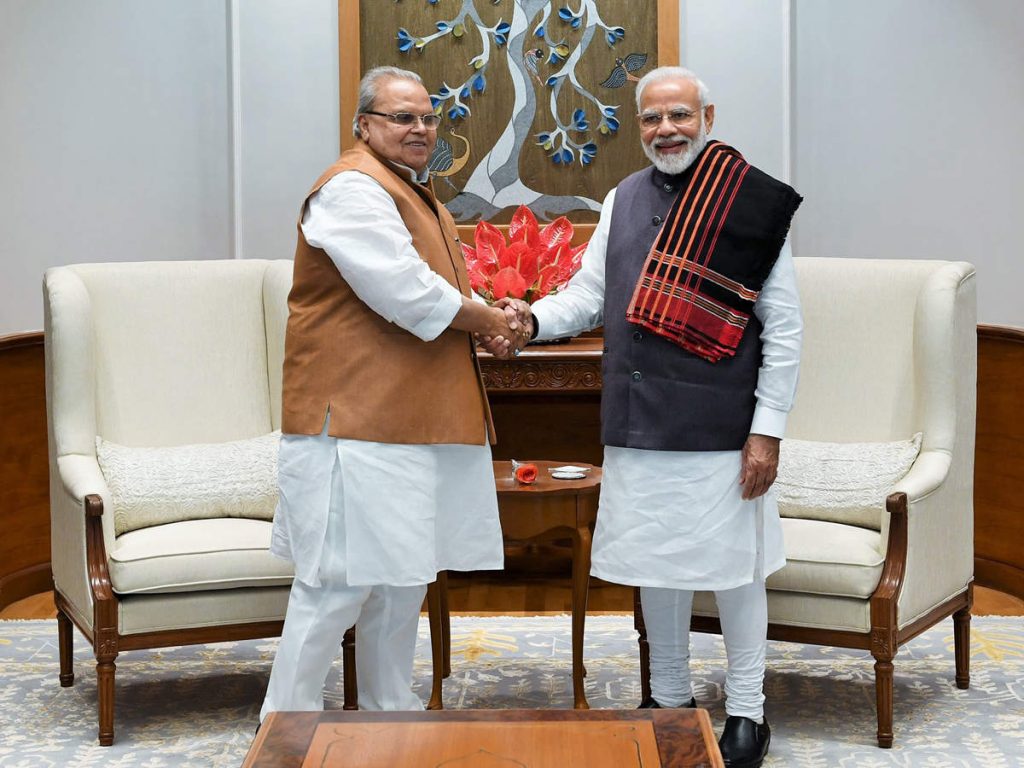 In Haryana’s Charkhi Dadri, Meghalaya Governor Satya Pal Malik said he was “very proud” when he met Prime Minister Narendra Modi over agricultural laws. Malik also said that if the government takes any step against the farmers in the future, then they will oppose it and will not back down from leaving their post.

Chandigarh/Bhiwani: Meghalaya Governor Satya Pal Malik, during an interaction with a group in Haryana’s Dadri, said he was “very proud” when he wanted to talk to Prime Minister Narendra Modi about the (now repealed) new agricultural laws and Malik had a fight with him ‘within five minutes’.

In a video from ETV Bharat being shared on social media, Malik says, ‘When I went to meet the Prime Minister on the issue of farmers, I got into a fight within five minutes. He was very proud. When I told him that our five hundred people have died… if you a bitch dies, then you send a letter, then he said that you are dead for me! I said you have died for you only, you remain the king because of him. So! I got into a fight.

“When I went to meet the Prime Minister on the issue of farmers, I got into a fight with him within five minutes. He was very proud. When I told him that 500 of our people died, he said they are dead for me?”
~ Satya Pal Malik, Governor, Meghalaya pic.twitter.com/JpNaivdlXd

Malik further says, ‘He said that you meet Amit Shah, I met him, he said, Satyapal, people have made sense of it, you remain careless, it will be understood someday.’

Terming the abrogation of three agriculture laws of the Center as a historic victory for the farmers, Malik said that the central government will have to work honestly with regard to withdrawal of cases registered against the protesting farmers.

He also said that the government will have to legalize the Minimum Support Price (MSP) for crops. Malik said that he himself was against these agricultural laws.

Speaking to reporters on the sidelines of a program to honor him by the Phogat Khap in Haryana’s Charkhi Dadri, Malik told reporters that the farmers’ movement has only been suspended and if injustice is done it will start again.

Malik said that the annadatas (farmers) have won the fight for their rights and in future also if any government takes steps against the farmers, he will oppose it sincerely and even if it comes to quitting the post, he will not back down. .

“For me, farmers’ interest is paramount before any post,” Malik said. He said that the rights of farmers will not be allowed to come under threat.

He said that when the government makes a law related to farmers, the opinion of the farmers should be taken first and if any law is to be made, it should be made for the benefit of the farmers.

In the past several months, Malik has come down heavily on the BJP-led central government several times, especially on issues related to the farmers’ movement.

In October 2021, he had said that if the demands of the farmers are not accepted, the BJP will not come to power.

When asked at the time whether he would give up his post to stand with the farmers, Malik had said that he stood with the farmers and at present there was no need to step down, but would do so if needed. Will do too.

Regarding the Lakhimpur Kheri incident, he had said that ‘Union Minister of State for Home Ajay Mishra should have resigned. Anyway, he is not fit to become a minister.

In November, he criticized the Modi government’s ambitious Central Vista, saying it would be better to build a world-class college than a new Parliament building.

Then he reiterated that ‘I am not a governor by birth. I am always ready to lose what I have but I cannot give up my commitment. I can step down but can’t see farmers suffering and losing.

It is noteworthy that Malik, a Jat leader coming from western Uttar Pradesh, has become the governor of Jammu and Kashmir, Goa and Meghalaya during the tenure of Narendra Modi.