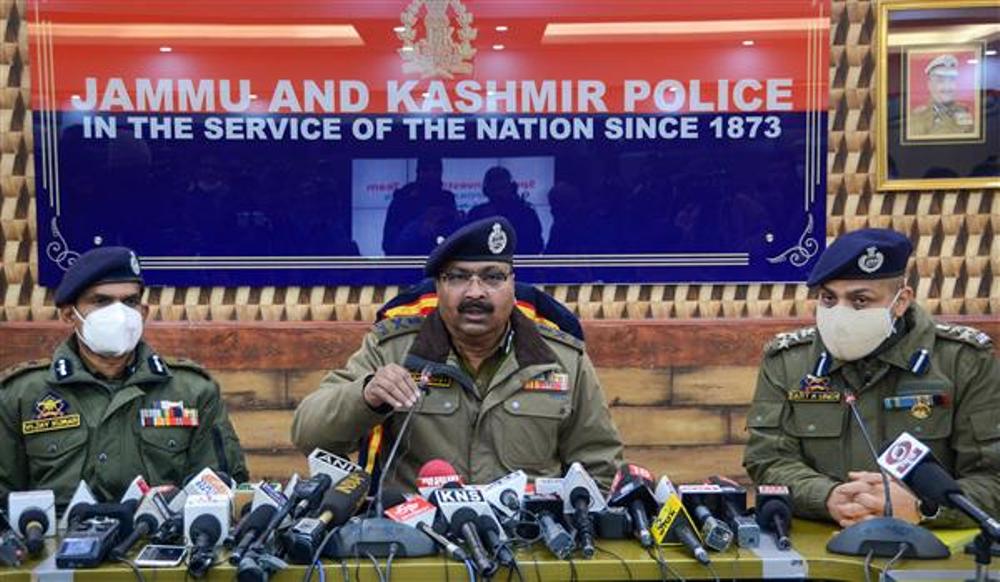 Srinagar: The Special Investigation Team (SIT) of Jammu and Kashmir Police probing the Hyderpora encounter in Srinagar said on Tuesday that a civilian was killed at the hands of a foreign terrorist, while the landlord and a local terrorist were killed in an encounter as the house Terrorists hiding in them used them as human shields.

On the evening of 15 November, there was firing in Hyderpora area of ​​Srinagar. During this, a joint team of police, army and paramilitary forces laid siege to a shopping complex after receiving information about the presence of terrorists.

After that the police ordered an investigation.

Among those killed in the shootout are Mohammad Altaf Bhat, the owner of the shopping complex and Dr. Mudasir Gul, another dentist. Gul also worked as a land broker and had his office in Bhat’s complex.

On Tuesday, SIT Principal Deputy Inspector General Sujit K. Singh, in a way, gave a clean chit to the security forces, but also said that if any other evidence comes to the fore, then this team is ready to reconsider its conclusion.

The SIT chief told reporters, “Our investigation so far has revealed that Dr. Mudasir Gul was killed by a foreign terrorist hiding in the house (shopping complex) as his body was found on the terrace. The security forces did not go to the terrace at all during the search or in the subsequent operation.

Giving details of the investigation, Singh said that the investigation revealed that Dr. Gul’s employee Amir Magre had close links with foreign terrorist ‘Bilal Bhai’ who was killed in the operation while trying to escape.

“Mohammed Altaf Bhat (shopping complex owner) and Amir were killed in an encounter with security forces as they were used as human shields by a foreign terrorist,” he said. This is confirmed by the fact that Altaf was found outside the door (he was shot) and Amir was able to go a few more steps. The body of the foreign terrorist was found 83 feet away.

Apart from examining the CCTV footage and call records, the SIT has so far taken the testimonies of more than 20 witnesses, the official said. “Of these, the statements of six witnesses were also recorded before the magistrate,” he said.

When asked why civilians were sent to search the house if security forces had information about terrorists hiding inside, Singh said Bhat had expressed his desire to go inside himself saying That ‘he is sure that no one is hiding inside.’

“At no time did any of them inform the security forces about the hiding of terrorists inside or sought any help,” he said.

Regarding Aamir’s involvement, the SIT chief said that items like codeine bottles (cough syrup) and winter clothes found from the house show that he was hiding.

Police had buried the three men in Handwara area of ​​Kupwara district, but the bodies of Bhat and Gul were returned to their families three days later.

In November last, the family members of Mohammad Altaf Bhat (landlord), Dr. Mudasir Gul (tenant) and Amir Magre (the boy who allegedly worked with Gul) protested against the “killing” of their relatives. .

On November 18, Lieutenant Governor Manoj Sinha had ordered a magisterial inquiry into the matter.

A few days back, civil rights activists and relatives of three persons killed in the encounter had protested demanding the Jammu and Kashmir administration to make public the report of a magisterial inquiry into the incident.

The Gupkar Manifesto Coalition (PAGD) on Tuesday said the police press briefing on the Hyderpora encounter was only a repetition of an “old story” and demanded a judicial inquiry into the incident.

It said that there is a strong belief of the people that the civilians killed in the incident were made human shields by the security forces.

PAGD spokesman Mohd Yusuf Tarigami said in a statement, “The press briefing of Jammu and Kashmir Police regarding the tragic incident in Hyderpora last month is a repetition of an old story. It does not even present any objective picture of this shocking incident.

PAGD is a group of five mainstream political parties in Kashmir.

Peoples Democratic Party (PDP) chief Mehbooba Mufti on Tuesday said the clean chit given to security forces by the Special Investigation Team (SIT) in the Hyderpora encounter does not come as a surprise. He also alleged that the investigation was done to cover up a wrong campaign.

The former Chief Minister of Jammu and Kashmir said this in her reaction to the SIT’s refusal to say that there was any wrongdoing by the security forces in the incident. Four people, including a foreign terrorist, were killed in this incident.

SIT’s clear chit to armed forces in Hyderpora encounter isn’t surprising. It was purely a charade to cover up a botched up operation & absolve those culpable for killing innocent civilians. How can one expect justice when they themselves are judge, jury & executioner? https://t.co/TycgIFk7Em

Mehbooba tweeted, “The clean chit of the SIT to the Armed Forces in the Hyderpora encounter does not come as a surprise. This was purely to cover up a wrong campaign and exonerate those guilty of killing innocent civilians. How can one expect justice when he himself is the judge, jury and executioner?’

breaking news breaking news in hindi headlines in hindi Hindi news india news latest news in hindi live news news in hindi not news The Wire the wire in hindi thewire no
Share. Facebook Twitter Pinterest LinkedIn Tumblr Email
Previous ArticleBMC seals Corona positive Arjun Kapoor’s house, watch video
Next Article Ram Charan thanked everyone for the film RRR but because of this he will not say thank you to Jr NTR till his last breath.