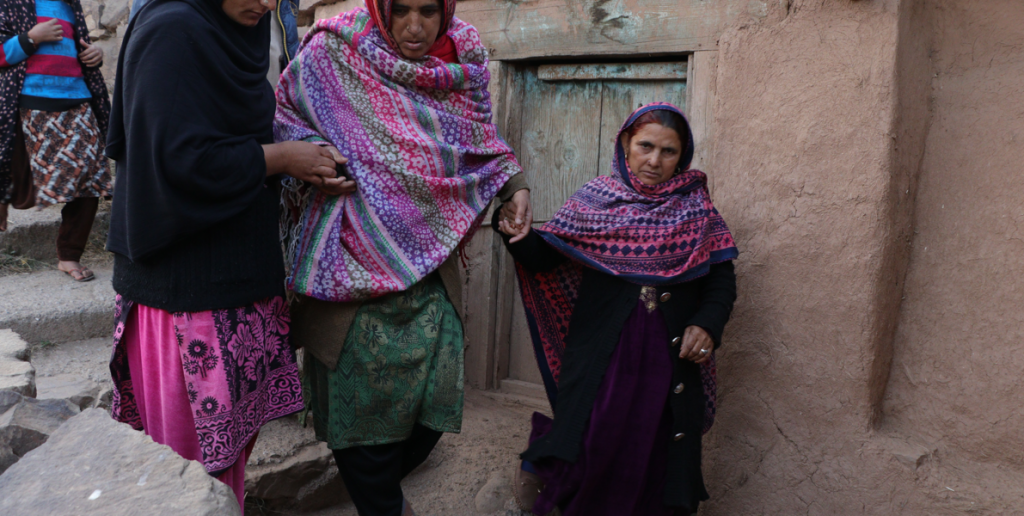 Ramban/Jammu: The parents of Amir Magre, one of the four killed in the Hyderpora encounter in Jammu and Kashmir’s capital Srinagar, on Wednesday rejected a police investigation that said their son was a terrorist.

Aamir’s mother threatened to take his own life, while the family made up his mind to approach the High Court to get his body.

The Special Investigation Team (SIT) of Jammu and Kashmir Police probing the Hyderpora encounter held a press conference on December 28, saying that a foreign terrorist killed a civilian, while the owner of the shopping complex and a local terrorist (Aamir Magre) died in the firing.

Apart from this, the people killed in this firing include Mohammad Altaf Bhat, the owner of the shopping complex and Dr. Mudasir Gul, another dentist. Gul also worked as a land broker and had his office in Bhat’s complex.

It is known that on November 15, a Pakistani terrorist and three other persons were killed in an encounter in Hyderpora area. The police had claimed that all the persons killed had links to terrorism.

However, the families of these three persons had claimed that they were innocent and had alleged foul play in the encounter. After that the police ordered an investigation. A separate magisterial inquiry has also been ordered by Lieutenant Governor Manoj Sinha in the matter.

Aamir’s mother Mubeena, in her 3.42-minute video, termed the SIT’s statement as completely baseless and said she would consume poison to end her life if her body was not given to the family for burial in five days.

Mubeena said, ‘They have killed my innocent son who was living as a laborer and they have made false allegations against him. They are doing this for their publicity. I have decided to kill myself by consuming poison if the body is not returned within five days. Those who accuse the government and my son will be responsible for my death.

She said, ‘I know my son because I have brought him up in extreme poverty. He was a humble boy and the whole village is mourning his death. They are not even allowing us to protest by deploying policemen.

Mubeena said that she is waiting for the return of the body after the encounter and wants to see her son for the last time.

Aamir’s father Mohammad Latif said that he would approach the High Court requesting the return of his son’s body.

“I completely reject the police investigation, as my son can never be a terrorist or his supporter,” he said.

Latif has received a state award in 2007 for killing a Lashkar-e-Taiba terrorist. Apart from this, he has also received many citations for helping the security forces to eliminate terrorism from his Gul-Sangaldan block.

Latif said that he is filing a petition in the High Court through advocate Deepika Singh Rajawat for the return of his son’s body.

Rajawat said that all formalities have been completed and he will petition the registry for the return of the body on Thursday morning.

It is to be known that in the month of November last, family members of businessman Mohammad Altaf Bhat (shopping complex owner), dentist Dr. Mudasir Gul (tenant) and Aamir Magre (boy who allegedly worked with Gul) died in a police encounter. had demonstrated against.

Police had buried the three people killed in the encounter in Handwara area of ​​Kupwara district, but the bodies of Bhat and Gul were returned to their families three days later.

A few days back, civil rights activists and relatives of three persons killed in the encounter had protested demanding the Jammu and Kashmir administration to make public the report of a magisterial inquiry into the incident.

SIT chief DIG Sujit K, who is probing this encounter. Singh virtually gave a clean chit to the security forces on December 28, but said the team was ready to review its findings if any other evidence emerged.

Singh told reporters in Srinagar, “Our investigation so far has revealed that Dr. Mudasir Gul was killed by a foreign terrorist hiding inside the building, as his body was recovered from the terrace.” The security forces did not go to the terrace after the search or search.

Giving details of the investigation, Singh had said that the investigation revealed that Dr. Gul’s employee Amir Magre had close links with foreign terrorist Bilal Bhai, who was killed while trying to escape.

He had said, ‘Mohammed Altaf Bhat (owner of the shopping complex) and Amir were killed in an encounter with the security forces, as they were used as human shields by the foreign terrorist. This is confirmed by the fact that Altaf’s body was found outside the door (he had been shot) and Amir was able to walk a few more steps. The body of the foreign terrorist was found 83 feet away.

Witnesses including the landlord’s daughter, however, claimed on various social media platforms that her father and others were pushed into the house by army and police personnel and termed it a murder.

The Special Investigation Team (SIT) probing the Hyderpora encounter has warned of legal action in Jammu and Kashmir against politicians who are making speculative remarks about the probe.

In a statement issued by the police, the SIT chairman said that the investigation team has found posts on social media by some political leaders and family members raising doubts about the evidence obtained by the SIT so far.

It said, ‘These people have tried to call it ‘concocted fake story’, ‘decorative investigation’, ‘clean chit to killers’, ‘imagination of police’ etc.’

In the statement, the Speaker said, “Such speculation based statements of political leaders have a tendency to create excitement, rumours, fear and danger among the general public or a particular section of the society.” Such an approach is against the rule of law and may attract appropriate penal provisions as envisaged under the law.’

The statement said that the government has ordered a magisterial inquiry into the incident and all such persons who gave such statements should have approached the investigating officer for confirmation or contradiction with the actual evidence in their possession.