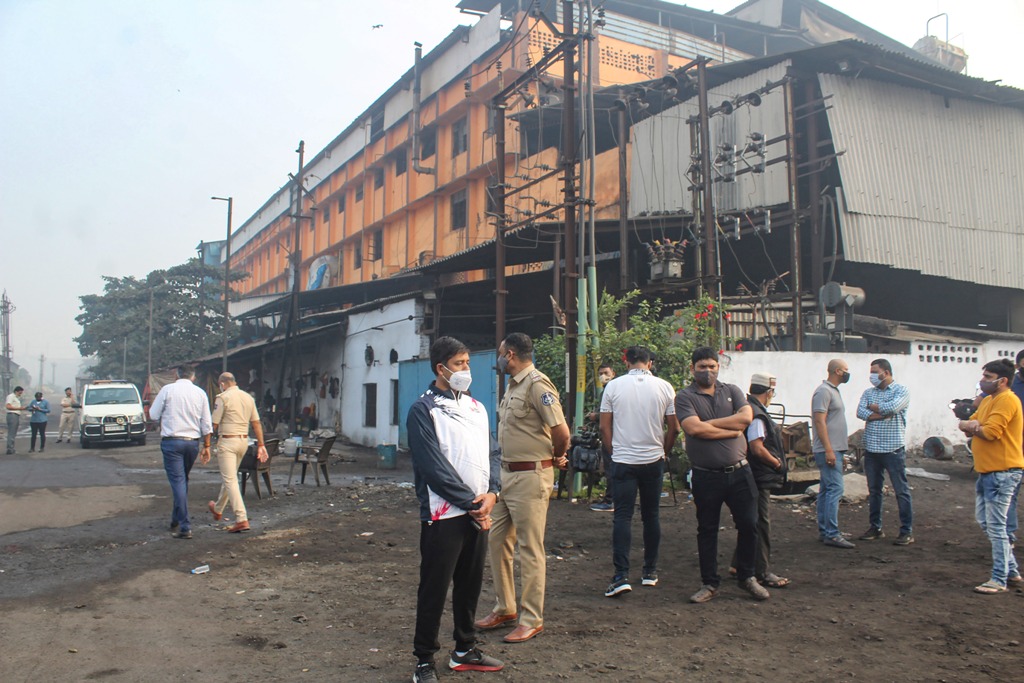 face: Six factory workers were killed and around 22 others hospitalized after inhaling toxic fumes allegedly from a chemical-laden tanker parked near a factory in Gujarat’s Surat district on Thursday.

Chief Fire Officer Basant Pareek, in-charge of Surat Municipal Corporation (SMC), said that the laborers were sleeping in the dyeing factory located in Sachin Industrial Area at the time of the accident.

He said that the fire department got information about the incident at around 4.25 am. About 25-26 laborers had fainted after inhaling poisonous smoke. This smoke was coming out of a tanker parked near the factory. The laborers have been admitted to the ‘New Civil Hospital’.

Gujarat: Six people died and 20 others were admitted to the civil hospital after gas leakage at a company in Sachin GIDC area of Surat early morning today, says hospital’s In Charge Superintendent, Dr Omkar Chaudhary pic.twitter.com/HVnH9CZHYl

Pareek told that later the fire brigade closed the ‘valve’ of the tanker to stop the leakage of gas.

The Municipal Corporation said in a press release that work was being done to illegally remove the chemical from the tanker, when poisonous gas leaked from it and it spread to the surrounding areas. Due to this, 26 workers present in the dyeing and printing mill and surrounding areas fainted, after which they were taken to the hospital. Two dogs also died in the area.

The civic body said that some people from the surrounding area have been evacuated as a precautionary measure.

Many people have died due to gas leak in Surat. May God give peace to the departed souls and give strength to the family members to bear this suffering. I work for the health of those who have fallen ill in this incident.

Chief Minister Bhupendra Patel has expressed grief over the incident. He tweeted, ‘Many people died due to gas leak in Surat. May God rest his soul and give strength to his family to bear this loss. I wish the victims a speedy recovery.

According to the Indian Express, Gujarat’s Minister of State (Home) Harsh Sanghvi said, “Very sad to learn about the gas leak in a company in Sachin GIDC area of ​​Surat early today.”

He said, ‘May God rest the souls of those who lost their lives in this unfortunate incident and may the injured get well soon. I am in constant touch with the police department. Spoke to Commissioner of Police, instructed him to look into the matter on priority basis. We stand in solidarity with the families of the departed souls.

breaking news breaking news in hindi headlines in hindi Hindi news india news latest news in hindi live news news in hindi not news The Wire the wire in hindi thewire no
Share. Facebook Twitter Pinterest LinkedIn Tumblr Email
Previous ArticleEx-girlfriend Somi Ali reveals on breakup with Salman Khan, says ‘I used to love him but I got cheated…’
Next Article Kangana Ranaut furious over the lapse in PM Modi’s security, said- ‘What happened is shameful…’