Gujarat: Many students including 93 AAP members arrested for protesting against paper leak, in jail for four days 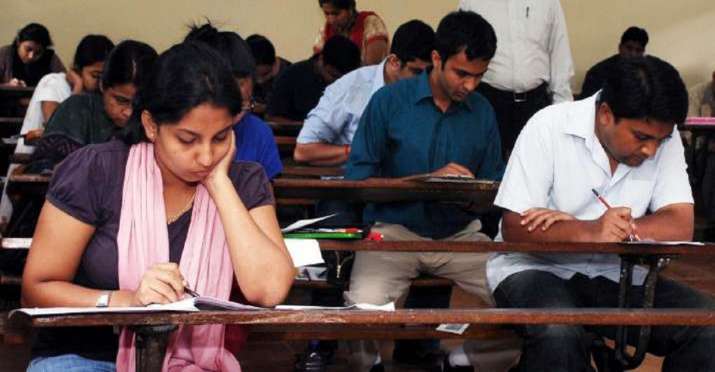 In Gujarat, the examination for the recruitment of clerical staff was held on 12 December, whose question paper was leaked. In protest against this, on December 20, around 500 Aam Aadmi Party supporters, including students, demonstrated outside the BJP’s Shri Kamalam office in Gandhinagar, who were arrested.

Ahmedabad: 93 Aam Aadmi Party (AAP) members, including ten college students protesting outside the BJP headquarters in Ahmedabad, have been arrested and lodged in the Sabarmati Central Jail for the past four days on charges of leaking government exam papers in Gujarat.

According to the Aam Aadmi Party leaders and court documents, all of them were protesting against the leak of the exam paper for the recruitment of clerical staff by the Gujarat government.

According to the Indian Express report, all of them have been charged with criminal conspiracy under 22 sections of the IPC and Epidemic Diseases Act and Prevention of Damage to Public Property Act.

Allegations of sexual harassment have also been leveled against 65 male accused of this group.

According to the party’s counsel, 28 women accused got conditional bail on Friday and will be released soon.

According to court documents, the six arrested are in the age group of 18 to 19 years.

The arrested members of CYSS are Yatin Giani (19), an engineering student of the Institute of Infrastructure Technology Research and Management, Anmol Vaghasiya (18), a computer applications student of Lokmanya Group of Colleges, Anuj Shah (19), a BBA student of New LJ Group of Colleges. . All of them are from Ahmedabad.

The members of the youth wing are Mahendrasinh Zala (19), Haresh Solanki (19) and Mahir Sheikh (19).

Yatin’s father Arvind Giani says, ‘We heard the news of our son’s arrest on TV. He went to the protest site along with other party workers. We knew about his political affiliations.

Anmol’s father lives in Junagadh so he could not be contacted while Anuj’s family members declined to comment.

Among those arrested, CYSS state unit president Dharmic Mathukia (21), Abhishek Solanki (22), CYSS state unit vice-president says, ‘Why did the police take such strict action against 18-year-olds? Why was a case registered against him under 22 sections? We are trying to make a better future for ourselves. We don’t want to become MLA or MP. We want that the question paper should not be leaked like this and our future should not be ruined.

According to the FIR, charges were made against the protesters under sections 120B (criminal conspiracy), 354A (sexual harassment), 323 (causing hurt) and 353 (assault on a government employee) of the IPC.

Defense lawyers say that all these charges can lead to imprisonment of up to seven years.

Aam Aadmi Party’s lawyer Pranav Thakkar said, “Today we have secured bail for 28 women on the condition that their passports will be confiscated and they cannot enter the jurisdiction of Infocity police station in Gandhinagar.” The bail hearing of the remaining 65 male accused will be held on Monday.

Let us inform that on 20 December, about 500 supporters of Aam Aadmi Party, including students, demonstrated outside the Shri Kamalam office of BJP in Gandhinagar.

He demanded the removal of Asit Vora, BJP leader and chairman of the Gujarat Subordinate Services Selection Board. Vora had conducted the exam for the posts of Head Clerk.

This written exam was held on 12th December, in which 88,000 candidates appeared for 186 vacancies.

The Aam Aadmi Party alleges that the question papers were leaked and sold for 8 to 12 lakhs. The government later canceled the exam and rescheduled the exam in March 2022. The police arrested 18 accused of this racket.

After this demonstration on Monday, there was a clash between Aam Aadmi Party and BJP workers, after which the police lathi-charged the protesters to disperse them.

“Many Aam Aadmi Party workers including Gopal Italia, Isudan Gadhvi, Mahesh Savani and others tried to break into the main gate of Kamalam office holding CYSS banner in their hands,” the FIR said. Gadvi was in a state of intoxication, foul smell was coming from his mouth. Despite several warnings from the police and BJP workers, Aam Aadmi Party workers broke the gate and forcibly entered the building premises and blocked the way for BJP workers and attacked them with wooden sticks.

It is alleged that AAP workers also attacked policemen and damaged their vehicles.

The CYSS member, on condition of anonymity, said, “We were protesting peacefully when BJP workers and police started attacking us. Many of our workers ran towards the parked buses in which they had come. I ran from the spot, later the police stopped our bus and arrested all the people sitting inside the bus.

However, the Aam Aadmi Party has not filed any counter complaint regarding this incident.

Hill Gangani, a CYSS member and second year political science student at LD Arts College, said, “He is a close friend of some of the students involved in the protest. Whenever a question paper is leaked like this, our morale falls. This time Gopal Bhai Italia called us and said that this should be the last time when a government exam question paper is leaked like this.