Elgar Parishad case: Eight accused requested the court to improve the order of denial of bail 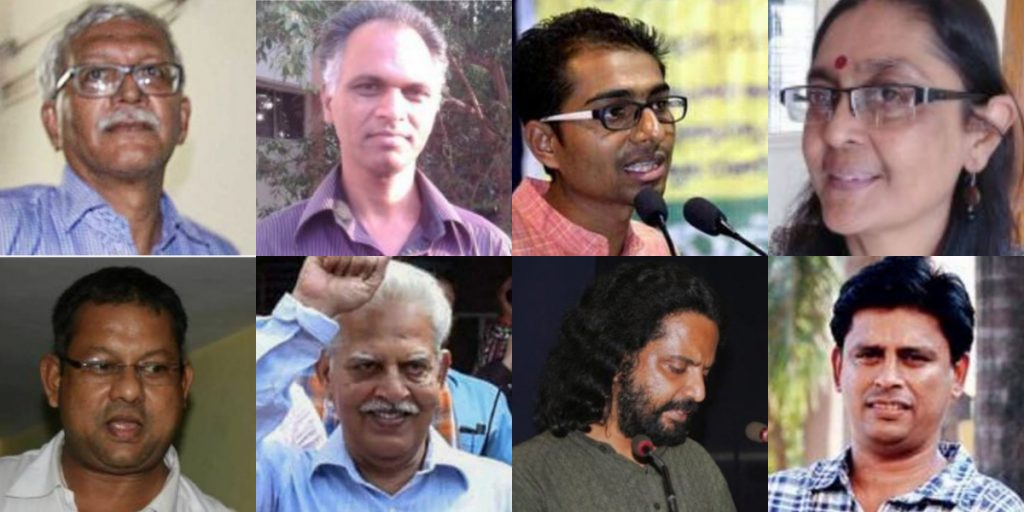 The accused have moved the High Court claiming that the order denial of bail to them is based on a “factual error”. The accused include Sudhir Dawle, Varavara Rao, Rona Wilson, Advocate Surendra Gadling, Professor Shoma Sen, Mahesh Raut, Vernon Gonsalves and Arun Ferreira.

A bench of Justices SS Shinde and NJ Jamdar granted bail to advocate and civil rights activist Sudha Bhardwaj on the ground of technical snag. However, the bail applications of eight other accused were rejected on the same ground.

According to the report, the bench had observed that these eight persons did not exercise their right to seek default bail in time, while Sudha Bharadwaj had filed a petition before a Pune court seeking 90 days to file the chargesheet. Default bail was sought as soon as the period expired. These eight had delayed filing their applications.

The Elgar Parishad case was earlier with the Pune Police and is now being handled by the National Investigation Agency (NIA).

However, on December 21, the eight accused approached their counsel R. Satyanarayanan that the decision to deny him default bail was based on a ‘factual error’.

They said Dhawale, Wilson, Gadling, Sen and Raut had filed default bail pleas before the Pune sessions court on September 26, 2018, after the 90-day period of their arrests and charge sheets were yet to be filed. .

He said that he was arrested on July 6, 2018 and the first chargesheet against him was filed on November 15, 2018. He had filed his default bail plea in time, but the hearing is still pending before the sessions court.

Gonsalves, Rao and Ferreira told the high court that they had applied for default bail on November 30, 2018, just four days after Bharadwaj filed his application in a Pune court.

He told the High Court that the Pune sessions court, through a general order passed on November 6, 2019, had dismissed Bhardwaj’s default bail applications along with a similar plea.

As per the law, once the maximum period from arrest i.e. 60, 90 or 180 days, has been provided for investigation in the case and no charge sheet is filed, the accused becomes entitled to be released on bail, which It is called default bail.

The High Court will next hear on the subject on December 23.

The Bombay High Court had granted bail to 60-year-old Sudha Bhardwaj on December 1 and released her from jail on December 9.