Demand for Swadeshi Jagran Manch affiliated to RSS, government to withdraw permission for business from Amazon-Flipkart 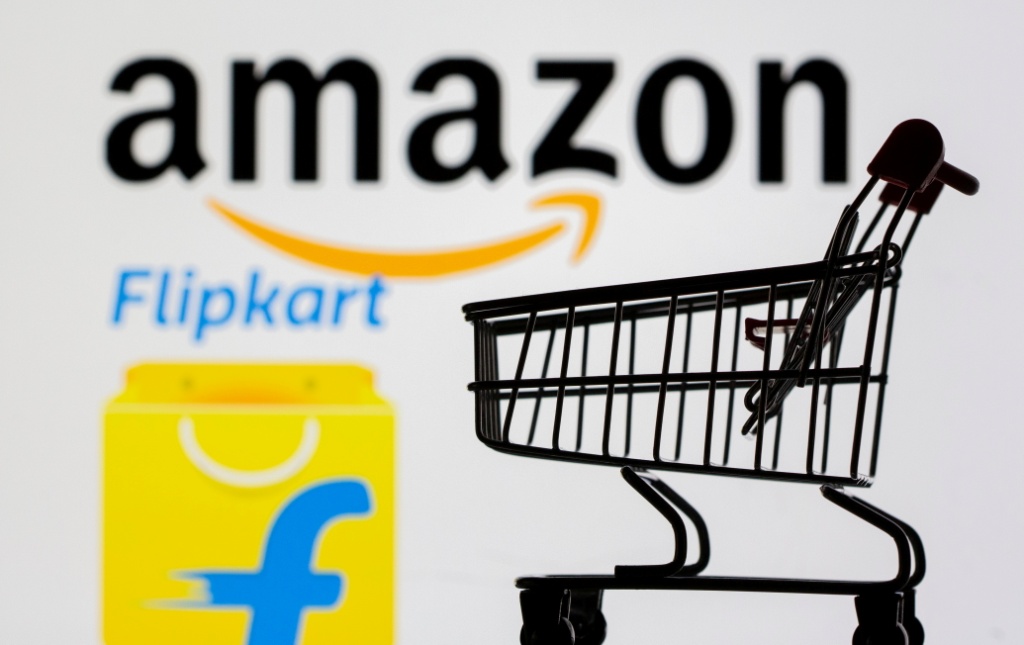 New Delhi: Months after the Rashtriya Swayamsevak Sangh (RSS)-affiliated magazine ‘Panchjanya’ attacked Amazon for alleged corrupt practices and promotion of Christianity in India, the Swadeshi Jagran Manch (SJM) affiliated to the same organization has asked the government to sue e-commerce companies. – Requesting Amazon and Flipkart to immediately withdraw the permission to do business in the country, saying that they are openly violating the rules.

A resolution passed in the national conference of Swadeshi Jagran Manch has also demanded a Central Bureau of Investigation (CBI) probe into the operations of Amazon, Flipkart, Walmart and other e-commerce companies. It says that they are doing business in open violation of Foreign Direct Investment (FDI) norms.

According to the resolution passed by the Forum at the 15th National Conference held in Gwalior, FDI in multi-brand retail business is under several restrictions and foreign companies cannot do business on the inventory-based model here. Apart from this, they are also prohibited from reducing the prices too much. But Amazon and Flipkart are openly violating these provisions.

Swadeshi Jagran Manch claimed that Amazon is trying to make inroads in its e-commerce business as well as traditional retail business. According to him, Amazon’s investment in ‘Shoppers Stop’ and ‘More’ retail chains is a step in this direction.

The RSS-affiliated organization said, ‘Amazon has spent Rs 9,788 crore on legal and professional fees in just three years. Insiders say that the money shown in these items is being used to bribe officials in India. This proves that all such e-commerce companies have obtained licenses and approvals by adopting wrong practices.

Describing it as a very serious matter, the National Assembly of the Forum said, “All approvals given to these companies should be withdrawn and their activities should be declared illegal.” A CBI inquiry should be conducted into this case and the people who benefited from it should be sent on leave till they are identified. Along with this, if found guilty, they should also be punished.

According to the Indian Express, the forum said, “Multinational e-commerce companies like Amazon and Walmart/Flipkart are openly violating (rules) and operating uncontrollably in India.” It is well known that Amazon and Flipkart have 80 percent of the online space. The discounts being given by them are also adversely affecting the traditional markets of India.

According to this, ‘they are offering high discounts, by aggressively advertising such offers to lure the general public. People are attracted towards them for more discount than convenience. This trend is having an adverse effect on the neighborhood shops and kirana shops.

Accusing Amazon of alleged corruption, Swadeshi Jagran Manch said, “Payment of bribes through legal and commercial fees is not a new method”. Amazon has hired several law firms for its legal business activities.

The forum further said, “Amazon pays huge legal fees to these legal companies and then these companies transfer that fee to another company and after that a link is created.” Finally the last legal company or lawyer or any professional takes back the amount in cash to the concerned officer.’

The organization said that this proves that all licenses and permissions obtained by such companies have been obtained fraudulently by using unfair means.

According to the forum, there has been a long-standing demand that e-commerce companies be forced to audit their financial documents and make them public, but these companies refrained from making their documents public.

The organization alleged that Amazon favored a select group of vendors, including Cloudtail and Appario, in bypassing Indian FDI regulations, to launch competing products and brands such as Solimo and Amazon Basics. Obtained data from own vendors.

“Amazon has become so powerful in India that it can pick winners or losers, destroy small businesses, drive up prices on consumers, and fire employees,” the platform claimed. ‘

“Amazon meets startups with investment proposals, then launches competing products that are highly detrimental to the growth of startups as well as the culture of entrepreneurship in the country,” the organization said.

It is to be known that in September this year, the Indian Swayamsevak Sangh (RSS) related magazine ‘Panchjanya’ did a cover story on Amazon, where Amazon was termed as East India Company 2.0, which intended to monopolize India’s retail market. And its steps are going to capture the economic, political and personal liberties of the citizens of India.

The article also strongly criticized Amazon’s video platform, saying that it is releasing such films and web series on its platform, which are against Indian culture.

Mumbai’s Dharavi redevelopment project has finally been bagged by the Gautam Adani Group. He…