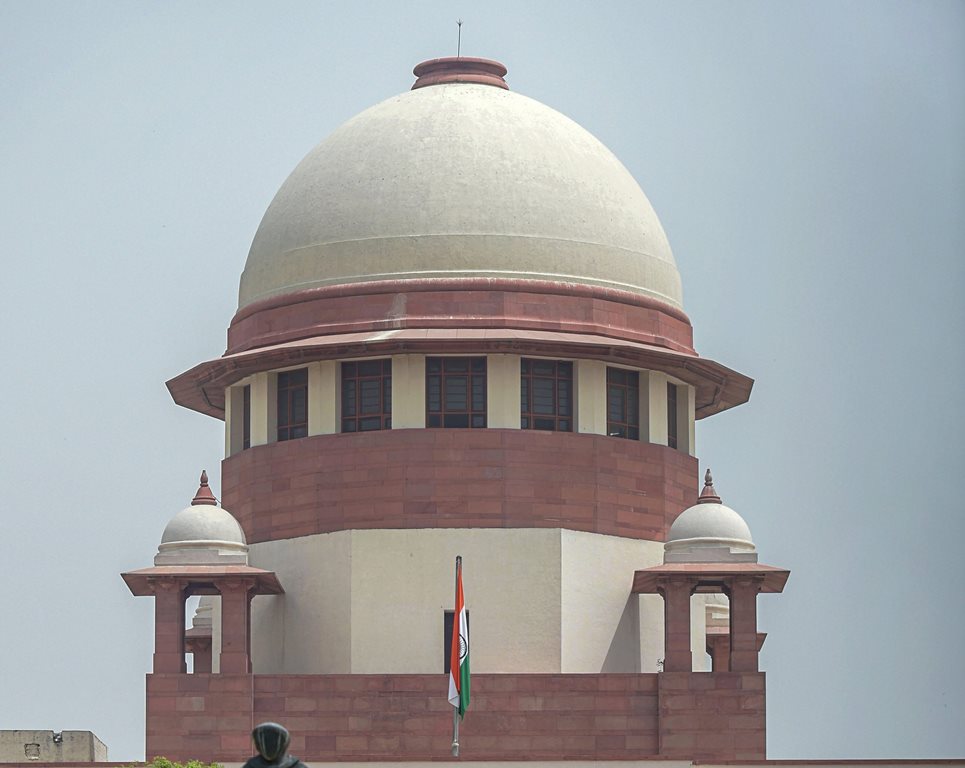 New Delhi: A petition has been filed in the Supreme Court seeking court-monitored investigation and prosecution in a hate crime case related to the continued “attacks” on the personality of Prophet Muhammad and the faith of Muslims by certain people in different parts of the country.

The petition, filed through Jamiat Ulema-e-Hind president Maulana Syed Mahmood Asad Madani, has also sought a direction to the Center to ensure that hate speeches, especially those made targeting the personality of Prophet Mohammad A report should be given on the action taken by various states.

The petition, filed by advocate MR Shamshad, also sought a direction to set up an independent inquiry committee comprising all complaints made in connection with hate speech-related crimes across the country.

The petition said, “Insulting of Prophet Muhammad amounts to an attack on the very foundation of Islam and thus is of extremely serious nature, as it results in not only targeting the people of the Muslim community, but also their faith.” The foundation is also attacked.

It said such speeches are being made beyond the permissible limits of criticism of another’s faith and can certainly incite religious intolerance.

According to the petition, the state and central authorities should consider them inconsistent with the freedom of thought and practice of religion and take appropriate restrictive measures.

The organization said that it has filed this petition after waiting for a long time and giving adequate time to the government officials to take appropriate steps.

According to news agency PTI, the petition said, “However, it appears that the state authorities have completely failed in this regard.” The petitioners have also taken steps by filing a proper complaint with the police authorities.

According to the petition, ‘against several other communally sensitive speeches, the police have not registered an FIR and if the aggrieved persons approach the Magistrate’s court seeking appropriate directions to register the FIR, the Magistrate may has dismissed the complaints.

It said that considering the facts, it is necessary that the court, by issuing appropriate directions, fix the accountability of the responsible persons placed within the system, the issue of hate speeches and how the accused of giving such speeches are dealt with in a time bound manner. Come, give some guidelines regarding this.

It said, “The petitioners, being mindful of the fact that these hate speeches, especially when they are made against a religious personality like the Prophet Muhammad and the Muslim community at large, have caused diversity and various The peaceful co-existence of religious followers is under serious threat.

It states that it is the collective responsibility of the society to protect the diversity and peaceful coexistence of all citizens of the country, including the officers responsible for maintaining law and order.

The petition said, “It is necessary in the backdrop of the continuous attacks on the Muslim community at large and the number of violent acts in which many precious lives have been lost, mostly of the Muslim community, that this Court is Consider passing appropriate directions on the prayers made in the petition.

Let us inform that a ‘Dharma Sansad’ was organized by Hindutva leaders and fundamentalists in Haridwar, Uttarakhand between 17-19 December, in which openly hate speeches were given against Muslims and minorities, even their There was also a call for genocide.

Similarly, in a program organized by Hindu Yuva Vahini in Delhi on December 19, Hindutvawadis openly gave hate speech and Sudarshan TV editor-in-chief Suresh Chavhanke had said that he would “fight, die and fight” to make India a “Hindu Rashtra”. Ready to kill.

Regarding this, 76 lawyers of the Supreme Court have written a letter to Chief Justice NV Ramana, seeking directions for strict action against those who made provocative statements against Muslim society in the recent programs held in Delhi and Haridwar.

He has alleged in the letter that the speeches made at the events were not only hate-filled but also an “open call for the killing of an entire community”.

According to the letter, ‘These speeches not only pose a serious threat to the unity and integrity of our country, but also pose a threat to millions of Muslim citizens.’

Lawyers said that such speeches have been heard in the past and hence immediate judicial intervention is necessary to stop such events.

The letter is signed by senior advocates Salman Khurshid, Dushyant Dave and Meenakshi Arora and other lawyers.