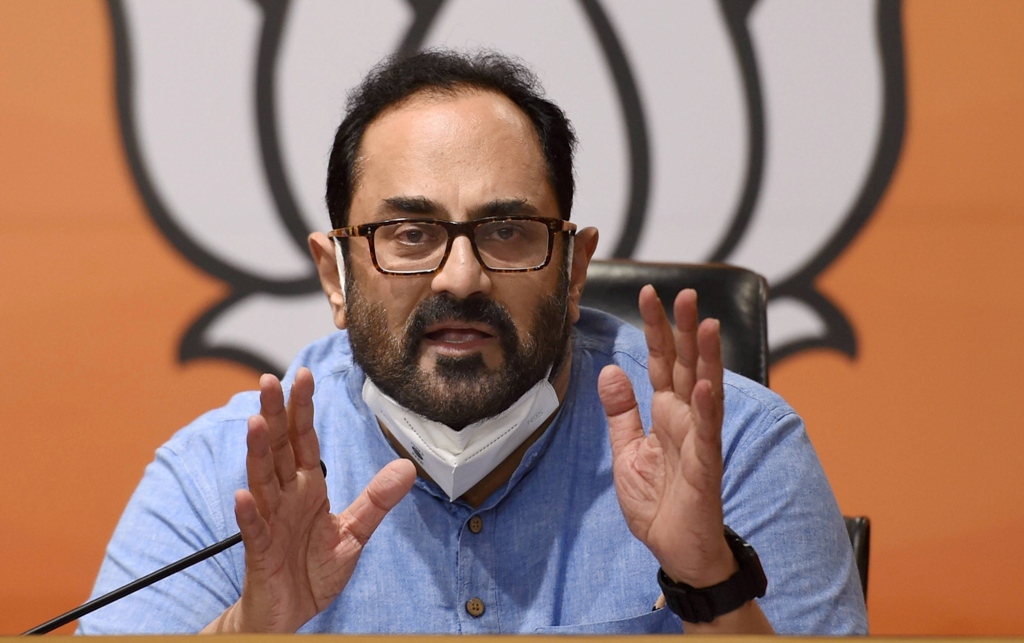 On December 22, at least six MPs, including the Union Minister of State, attended a dinner at a Delhi hotel under the all-party Indian Parliamentary Forum for Tibet, in which representatives of the Tibetan administration were present. Regarding this, the Chinese Embassy in Delhi has expressed displeasure by writing a letter directly to the MPs.

New Delhi: China has objected to a dinner of Indian parliamentarians with the Tibetan administration. Union Minister of State Rajiv Chandrashekhar was also present in this meeting. The Chinese Embassy in Delhi said that India should not provide any kind of help to the ‘Tibet independence parties’.

According to the Indian Express, at least six MPs under the all-party Indian Parliamentary Forum for Tibet attended an event at a Delhi hotel on December 22. These included Union Ministers of State for Electronics and Technology Rajiv Chandrashekhar, BJP’s Maneka Gandhi and KC Ramamurthy, Congress MPs Jairam Ramesh and Manish Tewari and BJD’s Sujit Kumar.

The Speaker of the Tibetan Parliament in Exile, Khenpo Sonam Tenfel was also present.

Objecting to this program, China has sent a letter, which Delhi has termed as ‘non-diplomatic’. It had not happened before that foreign diplomats would write such a letter to Indian parliamentarians.

Reacting sharply to this, Kumar of BJD said, ‘Who is the political counselor of the Chinese Embassy who is writing a letter to the MP of the largest democracy. How dare you send letters to Indian parliamentarians? If they want to say something, they can take the official route. I think the Ministry of External Affairs should take a stand on this.

The political counselor, Zhou Yongsheng, wrote a letter to the lawmakers and forbade them to hold meetings with the people of Tibet.

He wrote, ‘I have noticed that you have participated in an event organized by the so-called ‘All-Party Indian Parliamentary Forum for Tibet’ and interacted with some members of the so-called ‘Tibetan Parliament in exile’. I want to express my concern over that.

The consul said that the ‘Tibetan government in exile’ is a separatist political group and illegal organization, which acts contrary to China’s law and constitution.

Regarding this, Chandrashekhar told the Indian Express, ‘I was a member of the Indo-Tibetan Parliamentary Forum headed by senior BJP leader Shanta Kumar and I was invited in this capacity. I attended dinner.’

BJD MP Kumar, who is also the convener of the forum, said, “Personally, I do not consider Tibet to be part of China. It is different because the official policy of the Government of India is different. But this parliamentary forum on Tibet is meant to support Tibetan cultural and religious beliefs. Too much politics should not be seen in this.

At the same time, in this regard, Congress leader Jairam Ramesh said that he usually does not go to any program in the evening, but due to his attachment to Buddha and respect for the Dalai Lama, he attended this dinner of Tibetans.

India has a consistently supportive policy towards the exiled leaders of Tibet. To maintain good relations with China, India has recognized Tibet as an autonomous region of China.

Sixty years ago, about 80,000 Tibetans, accompanied by their spiritual leader, the Dalai Lama, left Lhasa and arrived in India after a failed rebellion against communist rule. Here his government-in-exile runs, whose center is in Dharamsala.

Protecting the Constitution is the true symbol of patriotism: Sitaram Yechury

The British took 11 years to build this garden, then why was it named Mughal?

The British took 11 years to build this garden, then why was it named Mughal?

Edward Lutyens had prepared a special flower garden in the Viceroy House, but Lady Hardinge,…