Chhattisgarh: Call to take up arms for establishment of Hindu Rashtra in Raipur’s Dharma Sansad 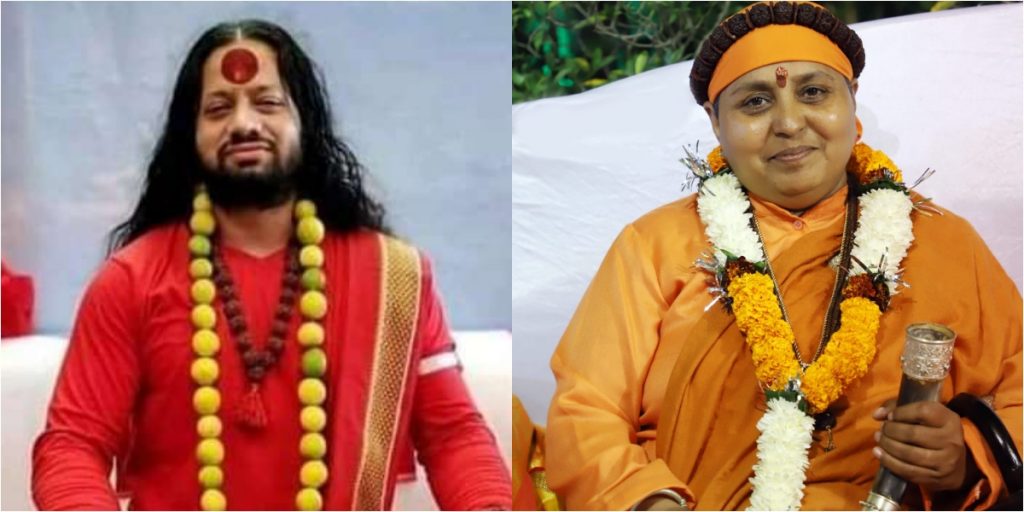 In Haridwar, several akhadas have formed a core committee of 21 religious leaders on 28 December. Religious leaders said that they have also decided to intensify their campaign to turn India into a ‘Hindu Rashtra’. Now three more such Dharma Sansad will be held in Aligarh, Kurukshetra and Shimla.

New Delhi: After the massacre of Muslims in the Parliament of Religions held between 17-19 December in Haridwar, about 20 Hindutva leaders organized a similar two-day program on 25-26 December in Raipur, Chhattisgarh, in which the establishment of a Hindu Rashtra from Sanatani Hindus. were asked to prepare for

Some religious leaders present in the Parliament of Religions said that if they want to make India a Hindu Rashtra, then take up arms.

Saint Kalicharan of Maharashtra praised Mahatma Gandhi’s assassin Nathuram Godse, calling him a traitor. viral on social media Video In this, Kalicharan can be seen accusing Gandhi of ruining the country.

On the evening of 26 December, an FIR was registered at Kalicharan for promoting enmity between two communities in a public place.

The FIR was registered on the complaint of Congress leader Pramod Dubey, who was present at the event. After this, Kalicharan was arrested on Thursday.

Neelkanth Tripathi of NGO Neelkanth Seva Samiti said that top leaders of Congress and BJP participated in the organizing committee of the event. The main point of this program was the establishment of Hindu Rashtra.

Tripathi said, ‘Just as everyone has the right to express their views in Parliament, in the same way everyone gave their views in this program too, but I do not agree with what was said about Mahatma Gandhi.’

about this program the wire Speaking to PTI, Brijmohan Agrawal, former state minister, only spoke of a threat to Hindutva and made absurd claims of forced conversions of tribal communities by Christians.

Aggarwal, who was involved in this Dharma Sansad, claimed that tribal communities in Chhattisgarh are being converted to Christianity by luring them in the name of health and education.

He said that Christian missionaries in Odisha and Jharkhand are taking advantage of the poor living conditions of these tribals.

Agarwal said he does not support violence and has no problem with Christmas.

Justifying the Dharma Sansad, Agarwal said, ‘Sanatan Dharma is being attacked, anyone can abuse Hindu gods and run away. This is a reaction to that attack.

Defending the call for action on Christians, he said, ‘Hinduism is in danger, conversion is happening. This is the reason why such voices are being raised.

He said, ‘It is not surprising. Last year, 40 Christians were attacked in Sukma in South Bastar. These attacks are increasing, even our rights to bury someone after death are being compromised.

Pannalal said, ‘They are spreading hatred among Christians as they did with Muslims. Even in the program of Raipur, he discussed for the annihilation of Christians.

Incidents of hate crime against Christians have increased in Chhattisgarh. Local people feel that Congress and BJP are trying to take advantage of anti-minority sentiments in the state for political gains.

Another speaker, Sadhvi Vibhanand Giri, who was present at the event, said, “Parliament should work towards ending love jihad.”

Giri said, “Muslims kidnap Hindu women and then molest them. If a Hindu girl meets a Muslim youth, every young Hindu must save her.

Actually ‘love jihad’ is a term coined by right-wing groups.

Opposing this statement, Salam Rizvi, former chairman of the Chhattisgarh Waqf Board, said that cases like sexual harassment and molestation should not be given a communal color.

Many Hindu priests also appreciated the anti-Christian propaganda in Raipur Parliament, but in the meantime, a prominent Mahant also staged a walkout for insulting Mahatma Gandhi.

Organiser of the Dharm Sansad, Mahant Ram Sundar Das Ji took a strong stand against Kalicharan’s speech and even scolded the audience for clapping when Kalicharan called Mahatma Gandhi “harami”. He distanced himself from the Dharm Sansad. pic.twitter.com/912wP2cN96

In protest against the language used by Kalicharan regarding Gandhi, Mahant Ram Sundardas, former Congress MLA and chairman of Chhattisgarh Gau Seva Aayog, left the stage.

Das later said that he was distancing himself from the event.

Pannalal, who met Das after the program, said, “Mahant Ram Sundar Das has assured to support the Christian community in Chhattisgarh. When Christians are targeted, we need more people who oppose it.

Pannalal also said that a narrative is constantly being made by the BJP in Chhattisgarh that all tribals are Hindus.

“They are continuously making false claims that all tribals are Hindus while all Bhils and Gonds are Hindus. This is clearly propaganda.
John Dayal, former president of the All India Catholic Union, is concerned about the call for such a genocide.

The most worrying thing, he says, is that the propagandists are able to organize such programs without worrying about the consequences. Administration, police and criminal judicial system are involved in saving such people from punishment.

After the Parliament of Religions in Haridwar, many prominent people demanded the arrest of Hindutva leaders who called for this massacre. Cases were registered against some of the leaders but the hair of many prominent speakers was not even dented.

when the wire Talking to Senior Superintendent of Police Ajay Kumar Yadav in Raipur about this program, he said that the day the police received the complaint, a case was registered against Kalicharan.

“In the FIR, he has been accused of making such objectionable statements against minorities,” he said.

“The police have not received any further complaint regarding any statement given by any other leader. At present, FIR has been registered only against Kalicharan.

Afraid of the registration of a case against three Hindutva leaders for giving hate speeches during the recent Parliament of Religions in Haridwar, owners of several akhadas met on Tuesday and formed a core committee of 21 leaders.

During this, a resolution was taken to continue its fight during Islam and along with it a complaint was also lodged against the Quran and many Maulana and Imams of the city at Haridwar Kotwali police station.

Darshan Bharti of Niranjani Akhara told The India Cable, ‘The Quran instigates the killing of infidels. There are many provocative sections in this book. It should be banned.

During this, religious leaders also decided to intensify their campaign to convert India into a Hindu Rashtra and also defended the inflammatory speeches given earlier in the Parliament of Religions in Haridwar.

Swami Anand Swarup said, ‘We will organize three more Dharma Sansad in Aligarh, Kurukshetra and Shimla. We have resolved that this is about our freedom of expression and we will continue to speak.

All of them were present in the program when the call for genocide of Muslims was given.

However, all of them unanimously kept silence on the objectionable statement made against Mahatma Gandhi.

Bharti declined to comment without assigning any reason, saying, “We have decided that we will not respond to the remarks made on Gandhi.”