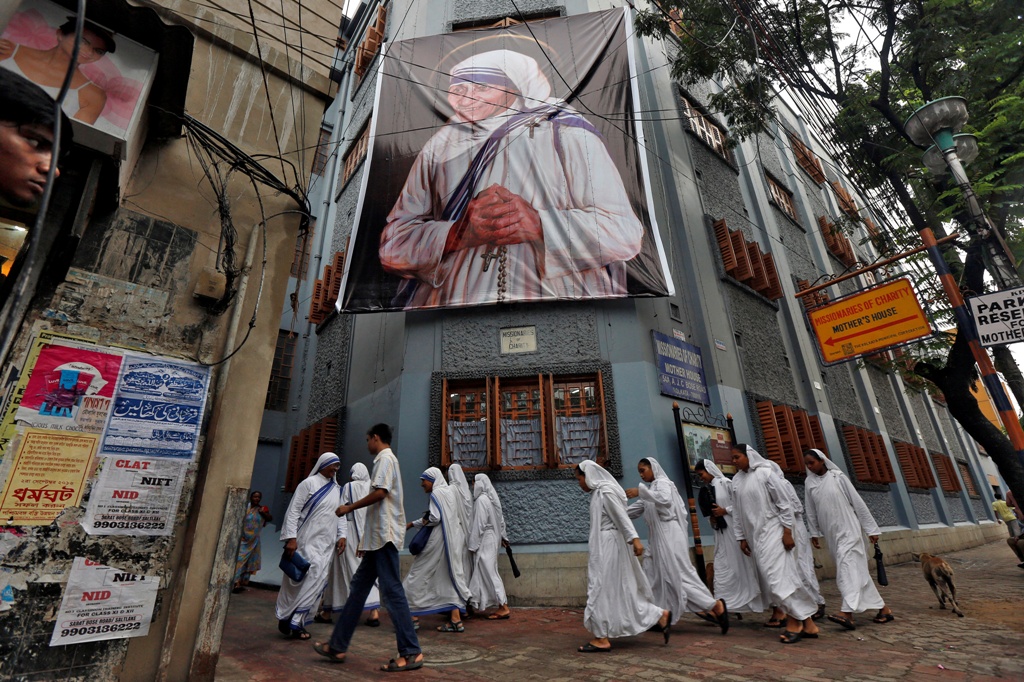 The Ministry of Home Affairs in a statement also said that it has not stopped transactions from any account of the Missionaries of Charity, rather the State Bank of India has informed that the institution itself has requested the bank to freeze the accounts.

Prior to this statement of the Home Ministry, West Bengal Chief Minister Mamata Banerjee had claimed that the central government has banned transactions from all bank accounts of the Kolkata-based institution founded by Mother Teresa.

The Missionaries of Charity was officially founded on 7 October 1950 by Mother Teresa, who was awarded the Nobel Peace Prize in 1979 ‘for helping suffering humanity’.

Mamta Banerjee had tweeted, ‘Shocked to hear on Christmas that the Central Government has stopped transactions from all bank accounts of Mother Teresa’s Missionaries of Charity in India. Their 22,000 patients and staff are not getting food and medicines.

Banerjee had said, “Law is paramount, but human efforts should not be compromised.”

The ministry said the application for renewal of FCRA registration was rejected on December 25 for not fulfilling the eligibility conditions under FCRA 2010 and Foreign Contribution Regulation Rules (FCRR) 2011.

“No request has been received from the Missionaries of Charity for a review of the decision to reject the renewal application,” the statement said.

The registration of Missionaries of Charity under FCRA was valid till October 31, 2021. The Ministry of Home Affairs said that the validity was extended till December 31, 2021.

“However, while considering the renewal application of the Missionaries of Charity, some adverse information was observed,” the statement said. In view of these, the application was rejected.

The ministry said the FCRA registration of the Missionaries of Charity was valid till December 31, 2021 and the ministry has not frozen any of its bank accounts.

The Missionaries of Charity is a Catholic religious organization founded by Mother Teresa in 1950.

Meanwhile, the Missionaries of Charity on Monday said it has asked its centers not to operate any foreign currency accounts until the issue of renewal of the institution’s Foreign Contribution (Regulation) Act (FCRA) registration is resolved. .

The Ministry of Home Affairs said in a statement that it has not stopped the transaction from any account of Missionaries of Charity, rather SBI has informed that the institution itself has requested the bank to freeze the accounts.

However, a statement signed by Sister M. Prema, the Superior General of the institution set up by St. Teresa of Calcutta, did not clarify whether she had asked the State Bank of India (SBI) to freeze her accounts, as claimed by the Home Ministry. has done.

Poorly informed Mamata Banerjee gets it wrong, like always. This is what happens when you have an eye on Goa polls and religious polarisation and not governance is the only calling card. TMC’s Bengal model of appeasement has limited appeal, won’t work in rest of India. https://t.co/8gLAj8QOsI pic.twitter.com/Pj30y6kWBn

Shortly before the Home Ministry’s statement, West Bengal Chief Minister Mamata Banerjee had claimed that the central government has banned transactions from all bank accounts of the institution founded by Mother Teresa.

After this the controversy started on social media.

Missionaries of Charity issues a statement and it is exactly what the Ministry of Home Affairs has said. If the two are on the same page then whose propaganda is Mamata Banerjee peddling? Or is a deliberate devious attempt to spread misinformation? pic.twitter.com/ItmvXeuLfj

“This is what happens when you are looking at Goa elections and religious polarization and not governance,” he said. The Bengal model of Trinamool Congress’s appeasement has limited appeal which will not work in the rest of India.

Malviya also shared a statement from the Missionaries of Charity, in which he has clarified that the Ministry of Home Affairs has not banned any of his accounts.

According to the Indian Express report, according to the annual report submitted by the Missionaries of Charity to the ministry, it has received Rs 425.86 crore in the form of foreign donations in the last five years.

Records show that the institution has received more than Rs 1,099 crore from foreign sources in the last 15 years. The latest information available for 2020-21 shows that it has received Rs 75.19 crore from abroad between April 2020 and March 2021.

Earlier on December 12, a case was registered against the Missionaries of Charity under the Gujarat Freedom of Religion Act, 2003 for ‘hurting Hindu religious sentiments’ and ‘luring girls to Christianity’ at a shelter home in Vadodara. Was. However, the organization had rejected these allegations.

Recently, during the winter session of Parliament, BJP MP Nishikant Dubey had accused the Missionaries of Charity of converting to religion and sending children abroad for illegal adoption.

In July 2018, police arrested Anima Indwar, a female employee and Sister Kansalia, a nun, on charges of trafficking children born at a center run by the Missionaries of Charity in Jharkhand when the BJP was in power. The police then recommended a CBI inquiry and asked for a probe into the FCRA violations, if any, by the institution.