Calling for genocide of Muslims can lead to civil war in the country: Naseeruddin Shah 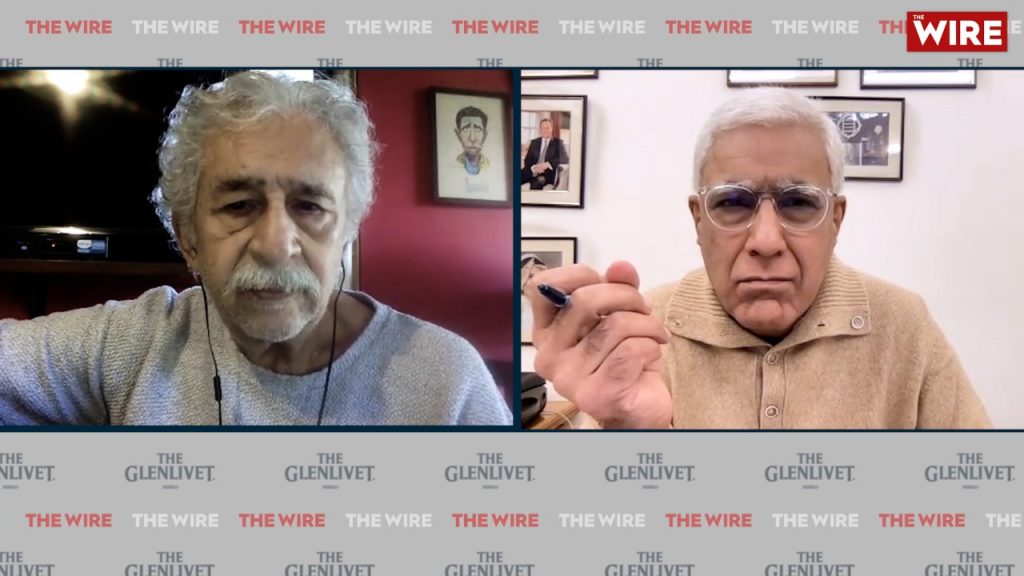 In an interview to Karan Thapar for The Wire, actor Naseeruddin Shah on the call for genocide of Muslims given at the recent ‘Dharma Sansad’ in Haridwar, said that if it comes to crushing Muslims, we will fight. We belong here, this country is ours too. We were born here, we will stay here.

New Delhi: Actor Naseeruddin Shah says that India’s Muslim will fight for himself if efforts are made to massacre and annihilate Muslims.

the wire During an interview to senior journalist Karan Thapar for ‘Dharma Sansad’ in Haridwar 10 days ago, Shah said, ‘I wonder if they know what they are talking about. ? 20 crore Muslims of the country will fight. We belong here. This country is ours too. We were born here and will stay here.

He said that this could lead to a civil war.

Let us tell you that in the ‘Dharma Sansad’ held in Uttarakhand 10 days ago, a call for massacre of Muslims was given.

A ‘Dharma Sansad’ was organized by Hindutva leaders and fundamentalists in Haridwar between 17-19 December, in which openly hate speeches were given against Muslims and minorities, even calling for their genocide. Gone.

The event was also attended by BJP leader Ashwini Upadhyay, who was arrested sometime back for making provocative statements against Muslims at Jantar Mantar. BJP Mahila Morcha leader Udita Tyagi also participated in this controversial program.

Surprisingly, even after such open statements, the police have not yet arrested any accused, although Jitendra Narayan Singh Tyagi (formerly Wasim Rizvi) was named in the FIR registered in this connection on 23 December. Was. Now the names of Swami Dharamdas and Sadhvi Annapurna have been added to that FIR.

In a 35-minute interview to Karan Thapar, when asked Naseeruddin Shah or Narendra Modi’s experience of being a Muslim in India, he said, “Muslims are being marginalized and made unnecessary.” . The process of making Muslims second class citizens is going on in the country. This is happening in every field.

Naseeruddin Shah said, ‘Efforts are being made to make Muslims unsafe. This is an attempt to scare us but we should not be afraid.

He said, ‘Attempts are being made to spread fear among Muslims but we should not admit that this scares us.’

Naseeruddin Shah said, ‘I don’t feel insecure because this is my home. I am afraid what will happen to my children.

On Prime Minister Modi’s silence on the call for genocide and annihilation of Muslims, he said, “At least you can’t call him a hypocrite.”

Shah said those who threatened genocide are not being punished, but here the Prime Minister follows them on Twitter.

“Our leaders keep quiet but claim to take care of everyone,” he said.

The full interview can be viewed at the link given below.