Bihar: 3.5 lakh cases registered since prohibition, cases in courts and inmates in jails 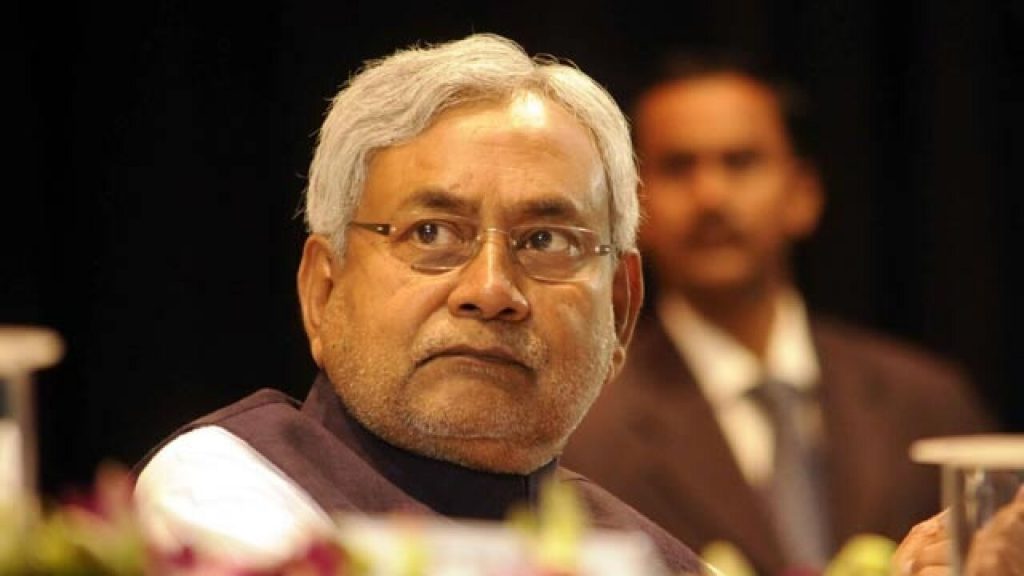 Bihar Chief Minister Nitish Kumar is on a statewide tour these days to spread awareness about prohibition. Nitish is making this visit at a time when Chief Justice NV Ramana recently cited Bihar’s prohibition law as an example of his lack of foresight in drafting a law.

He said that those who drink alcohol and who have problem in coming to Bihar, because liquor is not available here, then such people do not need to come to Bihar.

According to a report in the Indian Express, Nitish Kumar is doing this awareness trip on prohibition at a time when Chief Justice of the Supreme Court NV Ramana on 26 December itself as an example of lack of foresight in drafting a law. Bihar’s liquor prohibition law was cited.

CJI Ramana had said that due to this law, cases have been piled up in the courts and the hearing of each bail application is taking a year.

Nitish said that after the implementation of the Bihar Prohibition of Prohibition Product Act 2016, there has been a flood of cases in courts and overcrowding in jails.

According to the report, the records of the state police show that till October this year, 3,48,170 cases were registered and 4,01,855 arrests were made under this law.

Around 20,000 bail petitions related to these cases are pending before the Patna High Court and other district courts for disposal.

The Patna High Court disposed of 19,842 bail petitions in cases of prohibition between January 2020 and November 2021. A total of 70,673 bail applications were disposed of by the court during this period.

According to jail sources, altogether the 59 jails in Bihar have a capacity to hold about 47,000 prisoners. However, at present there are around 70,000 inmates in these jails, of whom about 25,000 have been booked under the Prohibition Act.

Since the incidents of spurious liquor in Gopalganj and Bettiah in early November this year, the Bihar Police has intensified the campaign against the violators of prohibition.

In November this year alone, nearly 10,000 people have reportedly violated the law, leading to overcrowding in state jails.

Patna’s Beur Central Jail has a capacity to hold about 24,00 prisoners, but at present 56,00 prisoners are kept here.

Jail superintendent said, “Every third or fourth prisoner is an accused under the prohibition law. This has been the trend since 2017. There was some respite from getting bail in 2019 and 2020, but the number of violators of the prohibition law is increasing again in jails.

However, IG Mithilesh Mishra was not available.

A home department source said, “The conviction rate in cases related to alcohol is less than one per cent, but around 75 special courts are being set up for speedy disposal of cases under the prohibition law.”

Meanwhile, Nitish Kumar, during his current visit to the state for a prohibition law, had said in Gopalganj on December 24, “The Gopalganj court in March this year awarded death sentence to nine people who were drinking alcohol in the 2016 spurious liquor case.” There is a big lesson for those who sell liquor and businessmen that if you drink, you will die.

breaking news breaking news in hindi headlines in hindi Hindi news india news latest news in hindi live news news in hindi not news The Wire the wire in hindi thewire no
Share. Facebook Twitter Pinterest LinkedIn Tumblr Email
Previous ArticleWhat is the reason why doctors across the country are forced to protest
Next Article 45 journalists killed worldwide in 2021: Report

CUET 2023: After the introduction of CUET for admission to UG programs in Central Universities,…