Amidst demand for withdrawal of AFSPA, the central government declared entire Nagaland as a ‘disturbed area’. 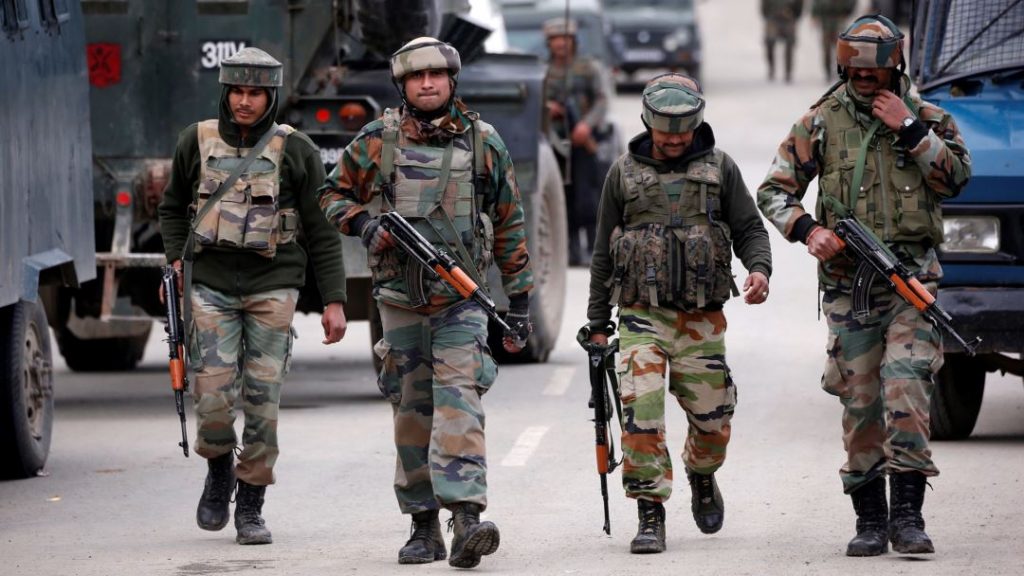 The Home Ministry has said that the Central Government is of the opinion that the entire region of the State of Nagaland is in such a disturbed and dangerous condition that the use of armed forces is necessary to assist the civil administration. There has been a demand for withdrawal of AFSPA after at least 14 civilians were killed in military firing in Mon district on December 4 and 5.

New Delhi: Amid demands for repeal of the Armed Forces (Special Powers) Act (AFSPA) after security forces opened fire in Nagaland that killed 14 civilians earlier this month, the Center termed the situation in the state as “disturbed and dangerous” under the controversial law. The entire state has been declared a ‘disturbed area’ for six more months from December 30.

The move comes days after the central government constituted a high-level committee to examine the possibility of withdrawing the controversial AFSPA from Nagaland. AFSPA has been in force in Nagaland for decades.

“The Central Government is of the opinion that the entire territory of the State of Nagaland is in such a disturbed and dangerous condition that the use of armed forces is necessary to assist the civil administration,” a Home Ministry notification said.

According to the notification, ‘therefore, in exercise of the powers conferred by section three of the Armed Forces (Special Powers) Act, 1958 (No. 28 of 1958), the Central Government shall, for a period of six months with effect from the 30th December, 2021, grant to the whole of the State of Nagaland ‘disturbed areas’. ‘Declares.’

This high-level committee was formed to quell the heightened tension over the killing of 14 civilians in Nagaland.

According to the Indian Express report, the deadline for this controversial law in Nagaland was to expire on December 31. AFSPA can be imposed in any area only for six months at a time and it can be extended further if the government considers it necessary.

AFSPA is imposed or removed from an area after due consultation with the State Government, Armed Forces and Central Agencies. In March 2018, the Union Home Ministry had ordered the removal of AFSPA from Meghalaya.

AFSPA empowers security forces to conduct operations anywhere and arrest anyone without any prior warrant. In the Northeast, it is applicable in some districts of Assam, Nagaland, Manipur (except Imphal Municipal Council area) and Arunachal Pradesh bordering Assam.

It is to be known that the Center on December 26 to look into the possibility of removing the controversial Armed Forces Special Powers Act (AFSPA), which has been implemented in Nagaland for decades, with a view to defuse the tension after the killing of 14 people in Nagaland. The government has constituted a high level committee. This committee will submit its report in 45 days.

Protests are being held in several districts of Nagaland for the withdrawal of AFSPA after an army contingent opened fire in Mon district on December 4, killing 14 civilians.

The demand for withdrawal of the Armed Forces (Special Powers) Act, 1958, i.e. AFSPA, came from the Northeast after at least 14 civilians were killed in army firing between Oting and Tiru villages in Nagaland’s Mon district on December 4 and 5. Once again it is gaining momentum.

After the incident, various student organizations and political parties are demanding the removal of AFSPA, which gives special powers to the army.

An Indian Army team probing the death of 14 civilians in an anti-militancy operation in Nagaland’s Mon district on December 4 visited the spot on Wednesday and collected necessary information.

Apart from this, the army has also agreed to allow the Special Investigation Team (SIT) set up by the Nagaland government to take statements of all the army personnel involved in the operation in Oting village, official sources said.

He said that the Indian Army is cooperating fully with the SIT set up by the state government and everything is being provided to them with the necessary details and in a time bound manner.

A statement issued by the Army’s Kolkata-headquartered Eastern Command said that its ‘Court of Inquiry’ team led by Major General inspected the spot to understand the circumstances in which the incident could have happened.

The Army said that the Court of Inquiry is progressing rapidly and all efforts are being made to end it at the earliest.

The ‘failed’ campaign led to massive public outcry in Nagaland and intensified demand for repeal of the Armed Forces (Special Powers) Act (AFSPA).

Following the incident, the Army ordered a Court of Inquiry headed by a Major General posted in the Northeast region.

“The Court of Inquiry, set up by the Indian Army to investigate the incident at Mon, visited the site of the incident at Oting village on December 29,” the army statement said. An investigation team headed by a senior rank officer, a Major General, inspected the spot to understand the circumstances in which the incident could have taken place.

The statement said that the team had also taken witnesses for a better understanding of the situation, so that it can be understood what may have happened there.

“Later, the team was also present at Tijit police station in Mon district between 1.30 pm and 3 pm to meet all sections of the society to get valuable information related to the incident,” the army said.