Tourists in Himachal Pradesh will be able to enjoy these things again, the government had imposed a ban 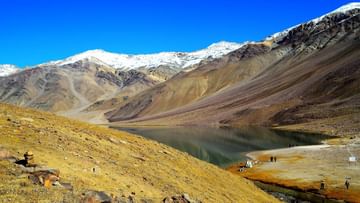 The state government had banned some things to be enjoyed in Himachal Pradesh, but now it has been removed. Learn about them and where you can enjoy them.

Tourists in Himachal Pradesh will be able to enjoy these things again, the government had imposed a ban

in terms of tourism Himachal Pradesh It is considered to be the most popular state of India. The beautiful views of Himachal, the stronghold of hill stations, can captivate anyone’s mind. There are many such places here, which in beauty beat even foreign tourist destinations. tell that Himachal Government There is also a lot of profit from tourism. Most of the places in the state are such, where the house of the local residents is run only by the income received from the tourists coming here. Let us tell you that the Himachal government has taken a big step for the passengers.

The government had banned some things to be enjoyed here, but now it has been removed. Learn about them and where you can enjoy them.

The government removed the ban from these things

These things are still banned

By the way, in places where there is a possibility of snowfall, there has been a ban on trekking. According to reports, the government has still continued with the ban on trekking for 15000 feet altitude. It is a different fun to visit Himachal in September and October, because the Hindu festivals Navratri, Dussehra and Diwali are going to come in the coming time.

Enjoy Adventure Sports at These Places

You can enjoy river rafting in Himachal’s famous tourist destination Kullu. At the same time, you can enjoy paragliding in Rohtang Pass, Kothi, Biji Mahadev and Bilaspur. By the way, before doing paragliding, the tourist is given hours of training.

Dussehra 2022: If you are fond of eating sweet, then make this delicious dessert on the day of Dussehra