Used to earn 8 thousand rupees by working in call center, today owner of company worth 17 thousand crores, know who is Nitin Kamat 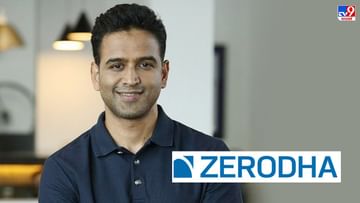 Nitin Kamath’s company Zerodha had earned a profit of Rs 2094 crore last year alone. Zerodha works as a share brokerage, let’s know how Nitin Kamat started this company and what is his success story.

17 thousand crore rupees if the person working in the call center company It will be surprising if he becomes the master of Today we are going to teach you the success story of one such person, who used to earn only eight thousand rupees a month by working in a call center, but today runs a company worth crores of rupees.

That person is Nitin Kamat, his company zerodha It has earned a profit of Rs 2094 crore last year alone. Zerodha works as a share brokerage, whose market value is more than 17 thousand crore rupees. let’s know Nitin Kamat How did he start this company and what is his success story?

Who is Nitin Kamat

Nitin Kamat, the founder of Zerodha Company, is a resident of Shimoga, Karnataka, he was born on 5 October 1779. Today Natin is recognized as a billionaire businessman, trader and investor. At the age of 8, he shifted to Bangalore with his family. From here he did engineering. After that started working in call center.

The first client was found in the gym

Nitin Kamat started working in a call center in 2001 at the age of 17. He continued to work here till 2005. In return, he used to get eight thousand rupees every month. Nitin Kamat used to do share trading with this money, which he got a lot of experience. In an interview, Nitin Kamat told that one day in 2005, while working out in the gym, he talked to an NRI. He asked what do you do for a living. When Nitin Kamat showed him his share trading account, he was impressed. He gave Kamat the job of managing his account. This was his first client.

After getting his first client, Nitin quit his call center job and worked for 12 brokerage firms. Meanwhile, Nitin realized that stock brokers were not changing with time, so he left all the firms and founded Zerodha, an online brokerage firm. Nitin’s brother Nikhil and five other people helped him in this.

One thousand customers came in a year

According to Nitin Kamat, it took one year to get the first 1000 customers, after that they started getting recognition, the company used to get an average of 100 customers in the first month, gradually their speed increased to 400. Nitin Kamat told that Tried to raise funds for the company in 2009, but no one believed in the idea. People used to say that you do not have any business background, apart from this, people did not trust Nitin Kamat because of not being very educated. Now Nitin says that I do not need to take funds from anyone, because now I am running a company which is profitable.

IIT-IIM people are not hired

Today everyone wants to hire passout youth from IIT and IIM in their company, but Nitin’s thinking is opposite, he says that passout youth from big institutes see their own and their career growth, by moving ahead of the company. They don’t mean anything. That’s why I don’t keep such people in my company. He says that our company never tells people how they can earn money quickly. We keep such people here who want to do something new and different for the business. According to Nitin Kamat, today people want to be successful very quickly and at any cost, according to Nitin, nothing happens in life by wanting to be quick. Hard work is necessary for this.

brand story Business knowledge Nitin Kamath
Share. Facebook Twitter Pinterest LinkedIn Tumblr Email
Previous ArticleNot a single information of Budget 2023 will be missed; This is how you can read paperless budget on mobile
Next Article Tax payers can switch between new and old tax regime as per their wish, know what are the rules?

LIC policyholders can take advantage of these services sitting at home, know how to use them