Know which is the most valuable diamond, which Africa is asking for back from Britain? 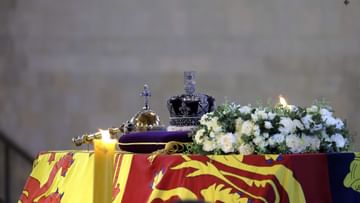 After the death of Queen Elizabeth II of Britain, South Africa has demanded the return of a diamond, which is known as the Great Star of Africa.

The diamond which is being demanded by South Africa is known as ‘Great Star of Africa’.

After the death of Queen Elizabeth of Britain, there was a demand on social media in India that India should take back its diamond Kohinoor. But, do you know that not only India but South Africa is also involved in the demand for diamond return. Actually, now there has been a demand from South Africa to return its diamond. In fact, Britain also has a valuable diamond from South Africa, which South Africa now wants back.

Which is that diamond?

The diamond which is being demanded by South Africa is known as the Great Star of Africa. Apart from this, the name of this precious diamond is also Cullinan. It is part of a large diamond, which was discovered in the year 1905 in a mine in South Africa.

What is special about this diamond?

This diamond is considered to be the largest clear cut diamond in the world. It has been carved with a lot of hard work and the way it is carved, it is considered very special. It was found in a private mine of Cullinan, hence it is also called Cullinan. It is a small city in South Africa. This diamond is 530.20 carats and its size is 58.9mm x 45.4mm x 27.7mm. This is the best colorless diamond.

According to the Royal Collection Trust, this entire diamond was in the shape of a heart, which was about 3106 carats. After it was removed, it was sent to Escher in Amsterdam in 1908 and it was cut into nine large stones and 96 small pieces. These nine small diamonds are known as Cullinans 1 to 9. Most of the stones were bought by the Transvaal government of South Africa and gifted to the British ruler. Let us tell you that at that time Africa was also under Britain like India.

What is the story of giving to Britain?

At the beginning of the 20th century, around 1907, Africa was a slave of the British government. At that time the colonial authorities of South Africa handed over this precious diamond to the British Royal Family. It was given by South Africa to King Edward VII, who had come out of the mines two years earlier. It is said that now this diamond is mounted on the royal stick of Queen Elizabeth. It is also said that other pieces of its raw diamond are also with Britain and many people argue that it was not given to Britain, while it was stolen.

Did Shah Jahan also have an illegitimate child from Mumtaz Mahal’s sister, what do historians say?