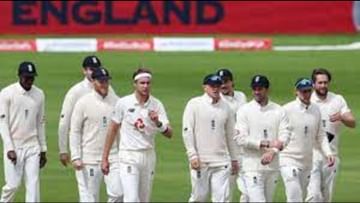 Some players of the England cricket team are not 100 percent fit. In such a situation, it raises the question whether it is just a physical illness, or this viral infection is taking a toll on the mental health of the players as well.

Sneha Kumari: England The first Test between India and Pakistan could be postponed as almost half of the touring side’s players, including captain Ben Stokes, had been injured a day before the match. unspecified virus have come under the grip of. To give Stokes time to recover, the opening ceremony of the series trophy with both captains had already been postponed. Former captain Joe told reporters that “some people were not feeling 100 per cent”. The “players were not feeling 100%” raises the question whether it is just the physical illness, or whether the viral infection is taking a toll on the mental health of the players as well.

Dr Rachna K Singh, Head of the Department of Holistic Medicine and Mental Wellness, told News9, “Psychological factors can affect our susceptibility to viral infections. High-stress environments at work or home, insufficient sleep, and fatigue – all of which can affect our performance abilities.”

Dr Singh said, “So far, Team England has played around 10 matches in a month, which can be exhausting if not given proper recovery time. Tournaments like the World Cup do not just test the skill and performance, but also judge the resilience of the player. Hence, proper recovery is very important for the players. This means that it is not enough to just reduce their regular exercise, but it is also necessary to start light exercises like yoga, dance, and meditation to maintain better blood flow and remove undue stress. It is very important to maintain communication between mind and body, because the condition of one greatly affects the other.

Dr Singh further added, “For sportspersons falling ill can be an especially emotional issue, as their performance is fundamentally related to their physical health. Their physical condition can greatly affect their motivation level.”

However, according to reports, Joe told that, “It is difficult to say what the situation is right now, I have not met anyone since this morning.” He further added, “I don’t think it is something like food poisoning or Covid, it is something that has unfortunately spread to the entire team. I was feeling unwell yesterday, and feel much better today, so hopefully it’s just a matter of 24 hours.”

According to Dr. Singh, when there is any mental disturbance or fear in the mind, the immunity of the body starts to weaken and weaken with time. “Hence, if mental health is compromised, even a physically healthy person with strong immunity may be susceptible to disease. Such high-pressure tournaments take a toll on the players.”

A statement was issued by the ECB, saying that “a number of players and staff members, including England captain Ben Stokes, are feeling unwell, and have been advised to remain in a hotel to rest”. The British press at the base had earlier reported that the players were suffering from viral food poisoning.

Later, ECB spokesperson Danny Ruben clarified that, “13-14 members of the team, including 6-7 players, are suffering from a virus that is not related to food poisoning or Covid”.

Sin of Pakistani players, stain on cricket, ban and stain for life