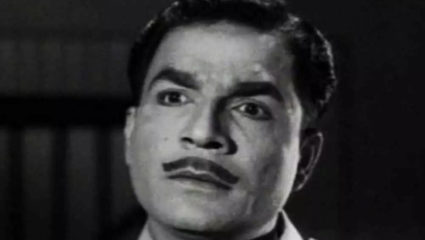 Malayalam actor GK Pillai passes away at 97: A big news is coming out from the South Industry. Actor GK Pillai has passed away. The actor breathed his last on Friday morning. He was 97 years old. Being an old man, he was facing many diseases for a long time. After which he has now died. GK Pillai was born in Varkala, Thiruvananthapuram. GK Pillai’s wife Ulpalakshi Amma passed away a few years back. The actor is now followed by his children Pratapchandran, Chandramohan, Priyadarshan, Srikala, Sreelekha and Sreekumari.

Before joining films, he used to work in the Indian Army and Indian Navy. The actor started his acting career with the Malayalam film ‘Snehseema’ in the year 1954. The film was directed by SS Rajan and written by Ponkunnam Varkey.

GK Pillai appeared in a negative role in the film ‘Snehseema’. After this, the actor appeared in many successful films like ‘Thacholi Anbu’, ‘Palattu Kunjikannan’, ‘Padyottam’. GK Pillai got a special recognition from the film ‘Padyottam’. Which is also the first 70 mm film in South India. He was very active in films till the 1980s. After this, he disappeared from the headlines in the year 1990. Later in the 2000s, again with a new beginning with enthusiasm. GK Pillai has acted in more than 325 films in his career. After strong performances in films, the actor turned to the TV industry in the year 2004. He appeared in the horror show ‘Kadamattathu Kathanar’.

Share. Facebook Twitter Pinterest LinkedIn Tumblr Email
Previous ArticleDaughter of ‘Jethalal’ fame Dilip Joshi became a bride in white hair, after marriage the actor said – ‘Whatever it is, it is fine…’
Next Article Tiger deaths increase in 2021, 126 tigers lost their lives: NTCA