The entry of these celebs including Surbhi Chandna-Munmun Dutta blown the senses of the contestants present, staying at home became more difficult 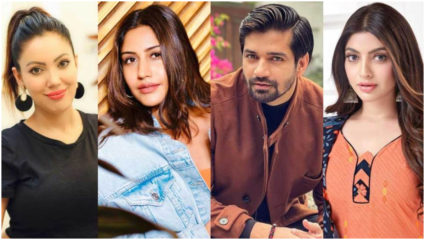 In the promo of the upcoming episode, it has been shown that the sudden entry of celebs has shocked the Bigg Boss contestants. 4 celebrities are already living in a different area of ​​Bigg Boss house and 4 more such entries have blown the senses of the family members.

These four celebs who entered ‘Bigg Boss 15’ are quite popular among the audience. TV actress Surbhi Chandna has appeared in ‘Naagin 5’ and ‘Ishqbaaaz’, Vishal Singh appeared in the lead role in the TV show ‘Saath Nibhana Saathiya’, Munmun Dutta in ‘Taarak Mehta Ka Ooltah Chashmah’ in ‘Babita Ji’ Loved by the audience for her character, Akanksha Puri has been seen in the role of Parvati in ‘Vighnaharta Ganesh’. What exciting turn the entry of these TV actors will bring in Bigg Boss 15 is yet to be seen.